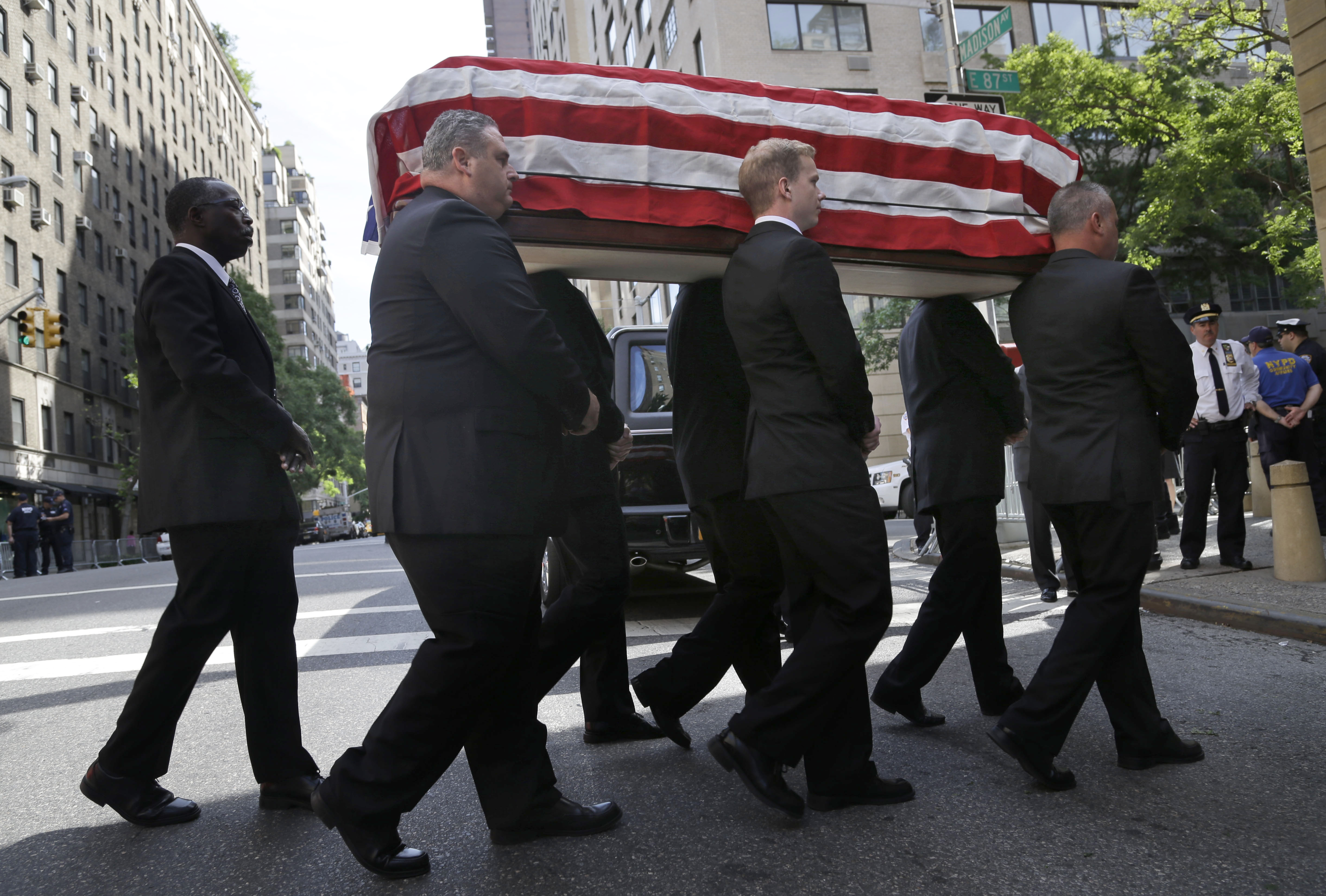 Eulogizing Sen. Frank Lautenberg, D-N.J., 89, who died Monday, Vice President Joe Biden reflected on how the senator served his life to prevent the death of others.

From his military service in World War II to an airplane smoking-ban and increased drinking age, colleagues and family remembered Lautenberg as a "tenacious" man who demonstrated "what is possible to achieve in America," Sen. Robert Menendez, D-N.J. said at the funeral, which took place at the Park Avenue Synagogue in New York City.

Menendez and Biden joined former Secretary of State Hillary Clinton and 41 senators, as well as six House members and 1,000 other mourners for the two-plus hour service.

"The only thing that would make him happier to see you all here is if this was a fundraiser for his next campaign," Lautenberg's widow, Bonnie Englebardt Lautenberg said.

She echoed other speakers' messages that Lautenberg often desired to continue his political service beyond his second retirement announcement in February - his first was in 1999, but he ran and won again.

"It's not that he wanted to be a senator, but your dad never quit," Biden said, looking at Lautenberg's children. "For Frank Lautenberg to decide that he wasn't going to run again was not only a decision about having cared for his state. It was about his character."

Lautenberg's daughter Ellen also said her father would regret his retirement on days when he felt healthy.

Twenty family members spoke at the funeral, paying tribute to Lautenberg whom his daughter Ellen said was "not what you would call warm and fuzzy."

But another daughter, Nan Lautenberg Morgart, said she shared such characteristics in their resolute that "we were always right and no one else is."

With many women in his family, he was a "steadfast champion of women's rights and opportunities,"Clinton said.

"We did consider him kind of an honorary member of the women's Senate club," she added.

Lautenberg will be buried at Arlington National Cemetery on Friday after Lautenberg's casket lies in the Senate chamber for public viewing on Thursday. He was the last World War II veteran in the Senate.

New Jersey Gov. Chris Christie announced yesterday an Oct. 13 special election to fill Lautenberg's seat. Christie, who attended the funeral, said he will appoint an interim senator who will serve until the October special election.