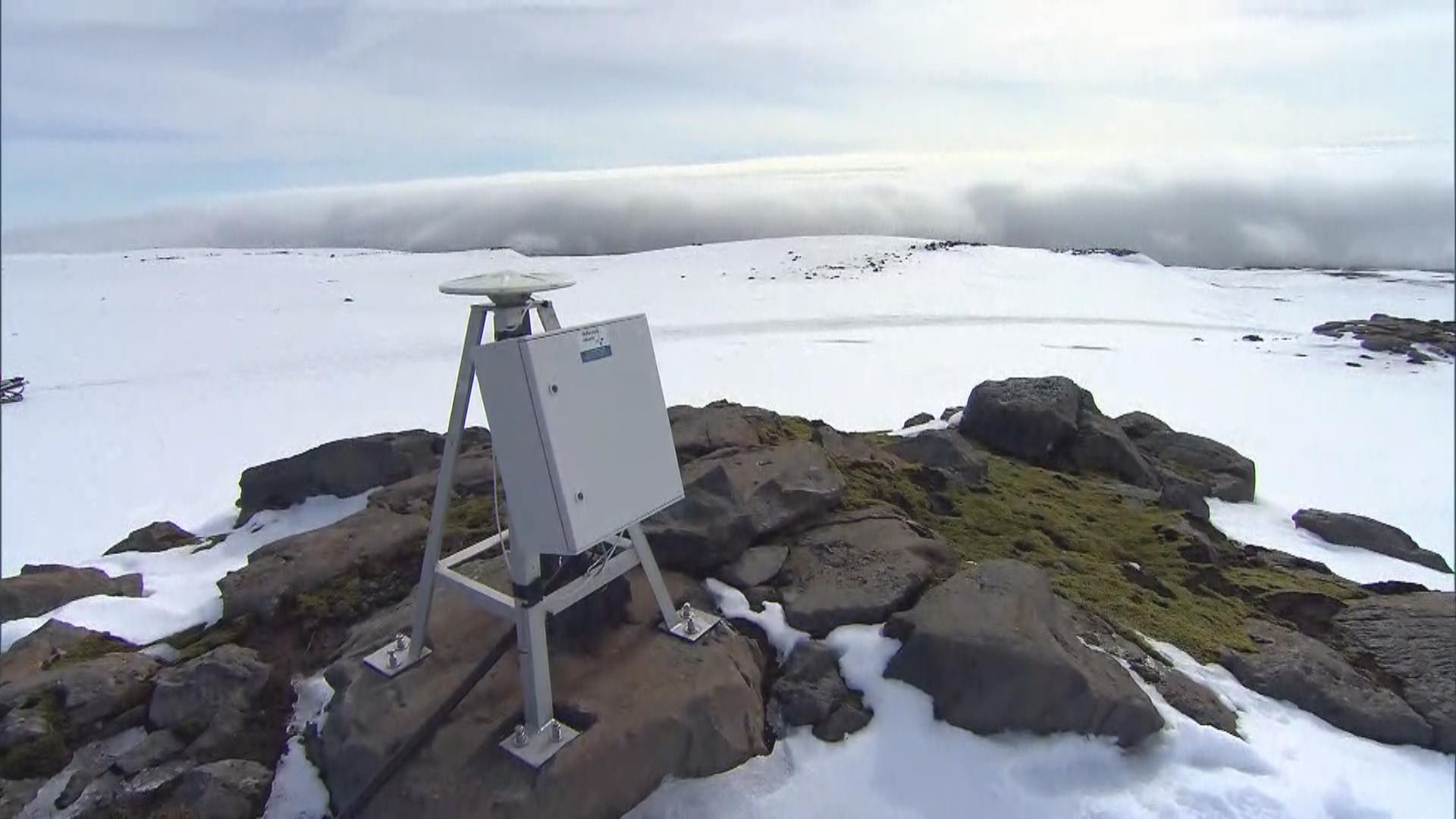 On top of a wall of blue ice is the outflow of a massive glacier that sits on top of Katla, one of Iceland’s most active volcanoes. An intricate system of sensors monitors the glacier’s every move, because when Katla erupts, it won’t be fire but flood waters that will engulf the valley below it.

In Iceland, travelers come revved up for adventure. They board oversized Humvees or snowmobiles to crisscross glaciers thousands of years old.

One is called Mýrdalsjökull. Bjorn Hafsteinsson has been leading glacier tours for the past three years. He drove us about 5,000 feet up, scaling the glacier that holds a secret.

Underneath all the ice, Katla is ready to blow, reports CBS News correspondent Michelle Miller.

“We would see a lot of melting ice over here,” Hafsteinsson said.

“So it would start to literally melt before our eyes?” Miller asked.

“Exactly. We think it’s capable of melting through 750 meters of ice in about 2 or 3 hours. So it happens really quickly. We have a really short time to evacuate,” Hafsteinsson said.

To understand his concern, go back to 2010 when the volcano next door blew up. Eyjafjallajökull drove plumes of hot ash into the sky, crippling global aviation.

“Does Katla have the potential to be just as dangerous?” Miller asked Magnus Tumi Gudmundsson, who’s with the University of Iceland.

“It could be much more dangerous because of the potential for very massive big floods,” Gudmundsson said.

Over the past thousand years, Katla has erupted at least once if not twice a century – extending Iceland’s coastline every time. A mountain is called Peters’ Island because it used to be completely surrounded by water.

Scientists predict that when Katla erupts, the massive ice sheet sitting on top of it will melt, creating a flash flood that could wipe out everything in its path. That includes the town of Vik – the picturesque village of around 300 that now hosts up to 3,000 tourists a day.

Katla last erupted in 1918 when it sent a torrent of water, mud and ice into the valley below. In the past year, a series of stronger-than-usual earthquakes put everyone on high alert. Hafsteinsson said on average, they get three a day.

Earthquake sensors have been installed throughout the region to make sure the people of Iceland – and those who are visiting – are ready to evacuate when Katla comes to life.

“You have to realize, if you’re going on to the part of an active volcano... you’re always taking a small chance. That’s life,” Gudmundsson said.

U.K. hit with biggest economic decline in more than 300 years

Loneliness may be as bad for your health as smoking