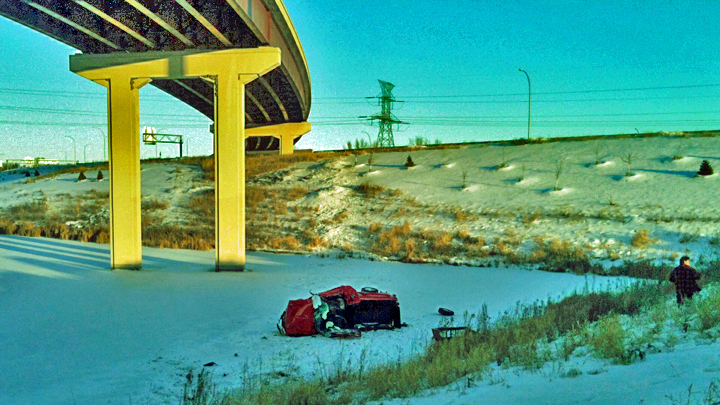 ST. PAUL, Minn. – The arctic cold gripping much of the nation turned out to be a lifesaver for one Minnesota motorist.

The driver of a pickup truck apparently lost control Tuesday morning and the vehicle plunged from an overpass at Interstate 694 and Interstate 35E north of St. Paul, CBS station WCCO in Minneapolis reported.

The pickup was headed northbound on 35E when it went off the overpass and crashed down onto a frozen holding pond along 694. The overpass runs dozens of feet above the holding pond.  Because the weather has been so cold, the ice on the pond didn't break when the truck hit it. The driver, the only person in the vehicle, managed to walk away with only minor injuries, the Minnesota Department of Transportation said.

Authorities later identified her as a 54-year-old Anne Spiess of Maplewood, Minn.

Road conditions in the Twin Cities, where temperatures have been below zero degrees, were slippery Tuesday morning.