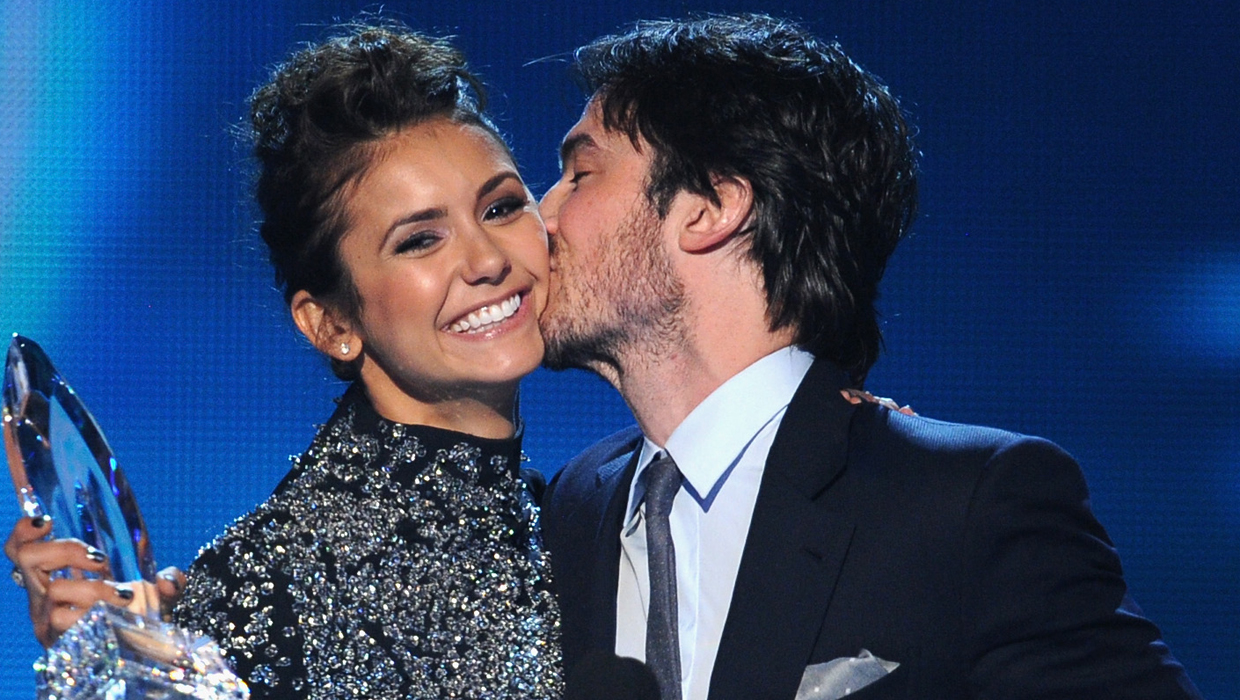 They may no longer be an item in real life, but they still seem to be very close.

Ian Somerhalder sent a special message to his "Vampire Diaries" co-star Nina Dobrev for her 25th birthday, fresh off their big win at the 40th People's Choice Awards.

Somerhalder took to Twitter early Thursday morning to tell Dobrev that the world loves her:

Somerhalder, 35, and Dobrev won the favorite on screen chemistry award at the People's Choice ceremony Wednesday night. The actors play star-crossed lovers Elena and Damon on the hit CW series.

The pair were all smiles when they took to the awards stage, even joking about their real-life split. Somerhalder and Dobrev were previously in a relationship before officially breaking things off last May.

"And yet our characters are still dating on the show," Somerhalder said.

"It's a good thing it's not awkward," Dobrev added with a nervous laugh.

Following the awards show, they were joined by actress Julianne Hough for an early post-midnight birthday celebration.