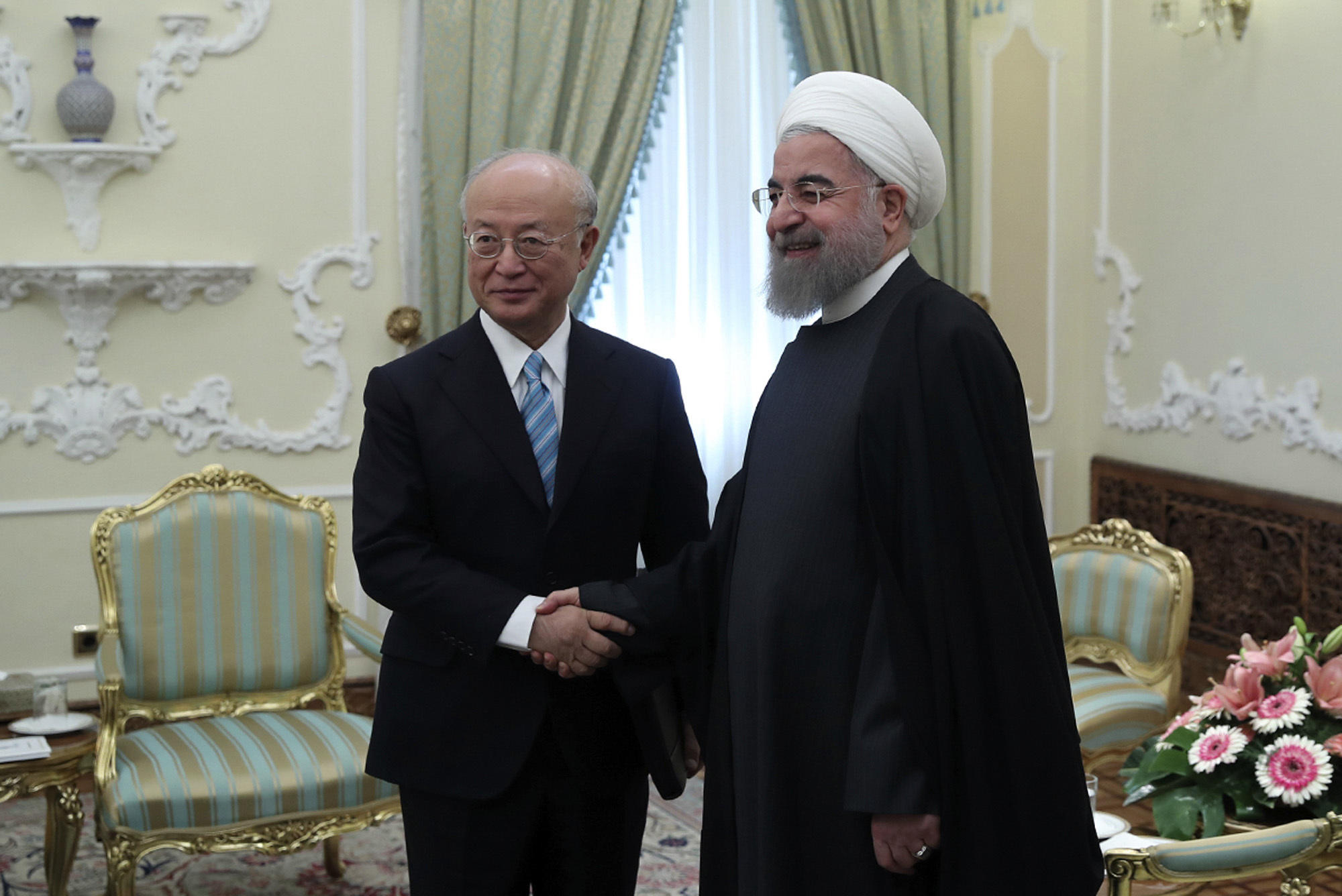 TEHRAN, Iran - The head of the U.N. nuclear watchdog is visiting Iran for the second time since a landmark nuclear agreement with world powers went into effect at the start of this year.

Yukiya Amano, the head of the International Atomic Energy Agency, on Sunday urged all sides to adhere to the agreement.

Iran’s President Hassan Rouhani said Iran would abide by the deal if other nations do, and said IAEA reports should be “technical and impartial.”

The IAEA said last month that Iran exceeded its heavy water limit by 220 pounds over the 130 metric tons allowed under the agreement. Heavy water is used to cool reactors that produce plutonium, which can be used in atomic bombs.

Last week, Rouhani ordered officials to draw up plans to build nuclear-powered ships and to show how the United States violated last year’s nuclear deal, a response to a vote by the U.S. Congress to extend some sanctions on the country.

The move by President Hassan Rouhani came in response to the extension of the Iran Sanctions Act, and was widely seen as posturing that would not affect the landmark nuclear deal concluded with world powers.

The sanctions act awaits President Barack Obama’s signature to become law, and comes amid speculation over how President-elect Donald Trump, a critic of the nuclear deal, will address the issue when he assumes office next month.