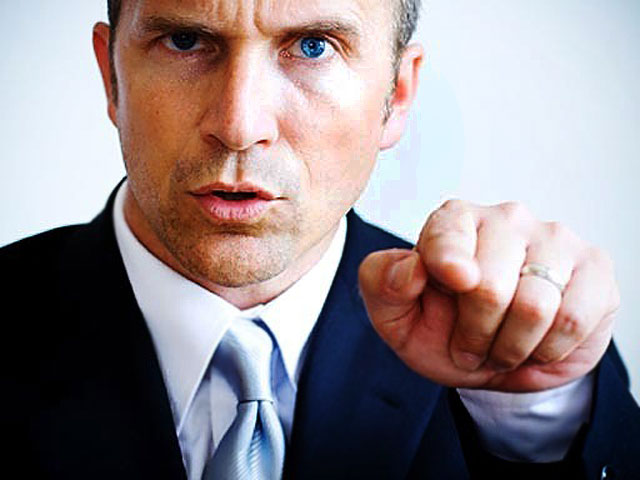 Recently I was accused of a crime. I work for a laboratory, and I was accused of a Health Insurance Portability and Accountability Act violation. I was not guilty of violating HIPAA, but no one -- not my immediate supervisor, who was not present when the "incident" occurred, not my director, not the supervisor who believes he "caught" me, nor anyone from HR -- has ever had a conversation with me about this. No one has even asked me if I did what they think I did, which was supposedly to print out lab results for a co-worker.

My bonus was taken away, allegedly by HR (that's what I was told), and I was made to sign a document that stated that this was a "final write-up" -- I'd never been written up for anything before. When I asked if I could say anything to this kangaroo court, I was told, "No, You are lucky you still have a job. You can go back to work now."

Does this sound like a "normal" procedure when accusing someone of a crime? A HIPAA violation IS a crime, and punishable as such. (By the way, I did double-check with a lawyer, and no, I did not violate HIPAA. Nor would I.) I lost my bonus, which I had worked for and was depending on, supposedly as part of my "punishment." When I checked with our IT department head, he said there was "no way to prove or disprove what they had accused me of doing."

I'm now looking for another job, but I carry a lot of anger and resentment against a company I used to love working for -- I've been there for six years -- but that I now can't stand. That special feeling of dread hits me every time I think about going to work. My director, supervisor and even the evil supervisor who thinks he "caught" me all act as if nothing happened.

While HIPAA violations do come with the force of law, clearly your company didn't consider the offense serious enough to either fire you or report it. (Of course, they may be covering their own rear ends by not inviting an investigation into other HIPAA violations.)

How should an investigation unfold? Well, the person investigating (usually HR, but it wouldn't surprise me if people subject to HIPAA had a special HIPAA team) should have talked to everyone involved, including you. They should have been careful to make sure it was done confidentially. (I will caution that lately the National Labor Relations Board has said that confidentiality in workplace investigations has to be balanced with the employees' rights to concerted workplace activity.) Testimony should be taken and considered before a final decision is made.

I consulted with employment attorney Donna Ballman, author of "Stand Up for Yourself Without Getting Fired," who said the following:

While employers can generally be as arbitrary as they want to be, there are some places the employee may look for hope here. First, if the bonus is done under a contract or written plan, then the company may have to prove good cause to deny it, or may not be entitled to withhold it at all if it is wages earned and non-discretionary. The other place I'd look is why the employee is being singled out. For instance, if other employees had the opportunity to commit the crime but this employee is the only suspect, are they of a different race, age, sex, national origin, religion or other protected status from the other employees? If so, it might be discrimination,

In the situation of a discipline presented for signature, I generally suggest employees sign "as to receipt only, rebuttal to follow," then submit whatever written response, factual and businesslike, they wish to submit. In the response, issues of discrimination, whistle-blowing or any other illegal reasons why the discipline was issued can be raised. Otherwise, just list any evidence that rebuts the allegations.

So unless any of the situations that Ballman outlined applied to you, your company's spectacularly bad investigation was legal. (And despite my hatred of bad HR departments, the last thing I want is government oversight of every employee investigation.) You are wise to look for a new job. Don't even think about resigning until you have one.

Until then, I'd encourage you to go to your direct supervisor -- not the one that "caught" you -- and say: "I know that this conversation won't change things, but I'm really bothered by how quickly everyone came to the conclusion that I'd broken the law, without even talking to me. Can you give me some insight as to how everyone came to this conclusion?"

You may get no response. However, now that things have settled down a bit, you may find that your supervisor is more willing to speak to you. You may find out that additional evidence was submitted that makes it overwhelmingly appear that you accessed inappropriate information.

When you do find a new job, make sure you speak to your past supervisor about future references. While most companies won't contact your current one, you'll need a reference from this place when you leave your next job.

Trouble at the office: When to go to HR, and when not
Suzanne Lucas