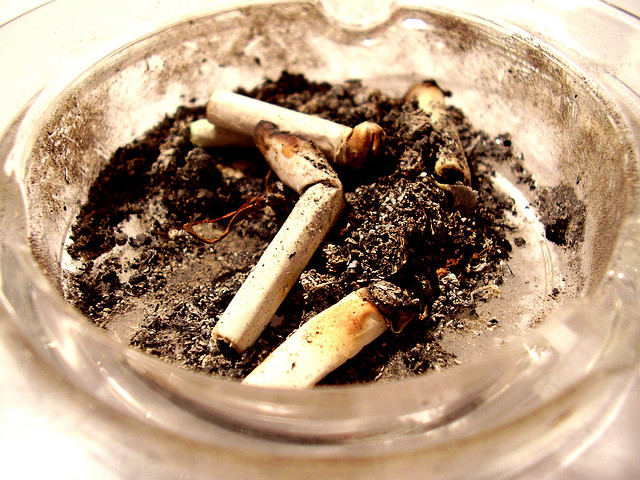 Good co-workers are worth their weight in gold. Bad ones can destroy a department.

Readers told me about their worst experiences with co-workers. I selected these 10 tales of colleagues no one should ever be forced to work with again.

Gillimmott: One of my co-workers showed me her bare chest (after a full 5 days on the job!). It wasn't even sexual: I'm female, too, and she kept bragging about how she was accustomed to sleeping with male co-workers and customers. Not surprisingly, she turned out to be severely unhinged, manipulative, bullying and an outright liar. I left that job because of her. To this day I don't know why she never got fired -- maybe she showed her chest to our boss, too?

Juni: The data entry staffer who I supervised was very good at his job but smelled like cigarette smoke more than anything I have ever experienced before, worse than a '60s airport lounge, worse than the worst old-man bar you've ever walked into. His eau-de-nicotine was so strong that I had to ask him to move his workspace to an unused office. When I did, he shrugged and trudged off to his new workspace without a peep because he knew. He knew!

He was laid off about three months into the job because we restructured our department. His being laid off had nothing to do with his job performance -- which was frankly very good. Though I could barely get through a 10-minute supervision with him without gagging. His work was good, he rarely made mistakes, and he had a pleasant attitude. But when he left, we had to fumigate the workspace and actually had to throw out all of the equipment (chair, desk) because no one could get the smell out. It even permeated his computer. We had the IT guy take it apart to try and clean it, it couldn't be cleaned, so we tried parting it out as spare parts, but everything smelled so bad that we had to drill them and recycle.

Msgogo: The first task she gave her intern was going around with a big box of dead batteries, throwing away a few in every trash can. Because she heard "It's ok to throw batteries out, you don't need to recycle them. But you should only throw away a few at a time." So she then scolded the intern for only throwing them away in office trash cans, saying she meant all the trash cans in our building. She then followed our intern out into the museum to supervise the throwing away of batteries into every trash can in our building ... which were then recollected and thrown in the same Dumpster at the end of the day.

CB: I worked for a small privately owned staffing company. My manager was the owner's daughter.  She was a mess. And I'm fairly sure on drugs. She would come in late and ask me to lie to her mother -- who called every morning to make sure we were there on time -- about where she was. She would claim to be really tired and lie under her desk, which was literally up against mine, wrap herself in a blanket and take naps. She would bring her daughter to work with her and make me lie to her mom about it, or worse, make me entertain the kid while she and her mother had drag out fights on the phone. Within the first 2 weeks I knew all about her abortions, hectic relationships, bowel issues, and details of her mother's sex life I never wanted to know. She also claimed I was "luckier" than she was and would hand me handfuls of change (pennies, dimes and nickels) when I left for lunch so I could buy her lottery tickets. Needless to say, I was out of there in less than 6 months and surprised I lasted that long

Jay: The absolute worst co-worker was the receptionist we had for a couple of years. If she was assigned a special task by one of the execs, she would make a big deal about she was "on it!" and then she would mysteriously have an allergic reaction to something. Her "cleaning lady" notified her that her daughter's hamster died, so she had to rush out and pick her daughter up from school to tell her and explain the Circle of Life. She would claim that her blood sugar dropped, and then we'd find her sleeping on the floor of one of our conference rooms. (She was hung over). The excuses got more and more ridiculous. She conveniently had food poisoning over lunch after being reprimanded earlier that morning for yet another late arrival or for not completing regular duties by the deadline set. She would stop employees and guests when they walked by her desk and tell them in great detail about her therapy sessions, weekend parties, her daughter's escapades and cute quotes. We all eventually learned how to avoid the front desk completely until she was finally let go. She was perfectly healthy as long as she didn't have to do anything other than answer the phones and show up 30 minutes late and take extended lunches. She was also notorious for blaming her lack of quality work on others and was often found sobbing in a manager's office about how terribly she was being treated by the other employees and that's why she couldn't work.

Jeanne: I had a doozy of a co-worker. She had multiple issues but this was the worst. In a shared office, someone arranged the pushpins on a cork board to make a smiley face. She went to HR claiming that out west some serial killer had used smiley faces to show he was the killer, so now she knew the guy who played with the pushpins wanted to kill her. It caused a lot of problems.

Lisa: The worst co-worker I ever had was when I was 18 and working at a fast-food restaurant. The co-worker, also 18, had gotten fired from her other part-time job for stealing. She then needed more money and decided that I should lose my job so she could have my hours. She took money from my cash drawer so it would look like I had stolen, told managers lies about me, and defaced a work-safety sign and blamed it on me. Given that I'd gotten 2 performance raises in 6 months and had never shown up drunk like she had, management did not believe her, and she was fired.

Leslie: At my first job out of college, a coworker insisted to management that he needed all kinds of pricey, high-end software to do his job, especially video- and photo-processing tools, even though his job did not entail either creating videos or manipulating photos. (But it was a new position and he came highly recommended, and the management didn't really know what he would need, so they approved everything.) When IT came to install the software on his work computer, he always told them that he was in the middle of something important and that he would do it himself later. They would leave the installation disk and key, and he would take it home and install it on his personal computer. I found out when he offered to let me take one of them home for my own computer.

When he was finally fired, management discovered that he had, of course, done none of the work he was hired to do.

RIleyLeah: The worst co-worker I have ever had was a major liar. Everyone knew about it but would not do anything about it due to her seniority. She would also terrorize employees or blackmail them -- she would pick certain types of people, usually people who did not like conflict. I learned of this through other people, and soonshe selected me.

She would withhold documents that I needed to do my job. When I tried to talk to her about it, she would yell and curse as loudly as she could until I would leave her desk. If I complained to the boss about her, she would act "sweet," as if she did not do anything and would say that I was the "aggressor" who was "harassing her." In an effort to keep things "even," the boss would then reprimand me due to her allegations, even though he knew that I was not the aggressor.

Finally, one day, the co-worker actually tried to attack me physically, and another worker stopped her. If the other worker were not there, I'm not sure what the outcome would've been since I've never been even close to a fight before. I complained about this, and guess what? She lied and said that I was harassing her, even though there were witnesses who saw at least part of her attempted assault. Furthermore, because we were on secured property, if she had succeeded in fighting me and if I would've had to tried to restrain her in self-defense, we both would've possibly spent the night in jail. She continued to threaten me until I eventually quit the job.

Anonymous: I worked in a sporting-goods place where a co-worker lectured us in the break room on racist subjects and dry-fired the guns at the women on the staff. (This was potentially dangerous, since occasionally returns had rounds in them.) The boss couldn't do anything since the guy had threatened to beat him up if he did

Have you had a coworker like one of these? Or worse? Add your story in the comments.

Nothing personal: Why recruiters don't get back to you

What to do when an employee skips out early