PITTSBURGH (CBS/AP) Photographs of a disturbing series of text messages between a teen accused of killing his cheerleader girlfriend and the victim were presented as evidence in the man's trial Wednesday. John Mullarkey, who allegedly stabbed Demi Cuccia to death on August 15, 2007, claims that he experienced mood swings as a result of his acne medication.

In the most disturbing message, Mullarkey wrote "I stabbed my self at Demi's I love you." The outgoing message is shown in a police photo on the blood stained screen of Mullarkey's cell phone. It is not clear who the message was sent to.

The night of the murder, Mullarkey had gone to Cuccia's home in suburban Pittsburgh to reconcile with her, but he brought a hunting knife with him, according to prosecutors.

Police say Mullarkey then stabbed Demi Cuccia 16 times before slitting his own throat. However, Mullarkey survived.

His murder trial opened on Tuesday.

In opening arguments, Allegheny County Deputy District Attorney Mark Tranquilli said Mullarkey essentially spelled out his defense when he used an eraser board to communicate with a county homicide detective while lying in the hospital days after the crime.

"If I did something — no, erase that — if somebody did something bad and they were taking medication, would that be a defense?" Tranquilli said Mullarkey wrote that day.

Mullarkey's defense attorney, Robert Stewart, contends the defendant started taking Accutane about four months before the killing. Stewart stopped short of blaming the stabbing on the drug, but he said he'll present evidence that Mullarkey had told friends he was concerned about the drug's effect on his moods, among other things.

Accutane is prescribed as an acne drug of last resort because the U.S. Food and Drug Administration has linked it to episodes of suicide and depression. Hoffmann-La Roche Inc., the drug's manufacturer, says on their website that the drug can cause "serious mental health problems" including depression, suicide and psychosis, defined on the site as "seeing or hearing things that are not real."

Stewart also said Mullarkey had the knife with him only because he's an avid hunter who has carried it since he was a Boy Scout. 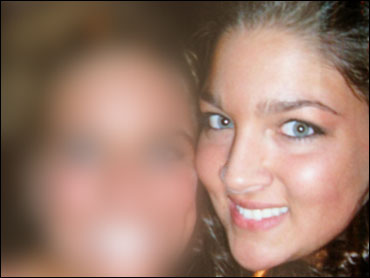 That's important because the issue at trial isn't whether Mullarkey stabbed Cuccia, but what his frame of mind was at the time. Under Pennsylvania law, "premeditation" isn't defined as plotting but rather as a realization — however momentary — that one's actions could kill someone.

Tranquilli told jurors that just stabbing Cuccia 16 times is evidence of premeditation. He said that the cheerleader bled to death from a shoulder wound and that some wounds were so vicious they were deeper than the blade's length.

"Somewhere along the continuum of 16 stabs you decide to murder someone," Tranquilli said.

But Stewart suggested to the jury that third-degree murder, a killing with malice but no premeditation, or voluntary manslaughter, a killing in the heat of passion, would be more appropriate verdicts.

Stewart said the killing resulted from an "unfortunate combination of factors," one of which was the medicine.

The trial is expected to last about two days.