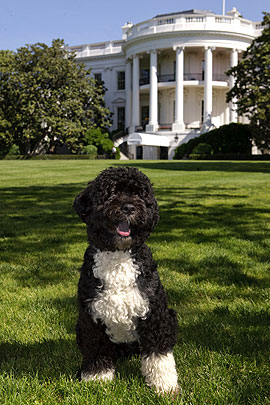 (CBS) Sorry, hypoallergenic dog owners. That labradoodle you dropped big bucks on might make for a cuddly companion, but won't help your allergies.

That's what the author of a new study says about the class of dogs that are thought to shed less and produce less allergy-inducing pet dander.

Woof. Then why do so many people buy hypoallergenic dogs? Numerous websites extol the benefits of owning a hypoallergenic dog. "These dogs will allow those of you that do suffer from allergies to keep your allergies at a very comfortable level, allowing you to enjoy owning and raising a dog," said Puppy-Basics. Even President Obama famously said the White House dog would have to be hypoallergenic because daughter Malia has allergies, before the family settled on Bo, a Portuguese Water Dog.

So researchers put the hypoallergenic claim to the test, for the study published in the July issue of the American Journal of Rhinology and Allergy. They analyzed dust samples from 173 homes with one dog and a newborn baby. All together, 62 dog breeds were studied, 11 of which were considered to be hypoallergenic. The researchers found there were no differences in allergen levels between hypoallergenic dogs and non-hypoallergenic ones. And that's not all, in homes where parents' said the dog wasn't allowed in a newborn's room, hypoallergenic breeds gave off more allergens than their counterparts.

"The idea that you can buy a certain breed of dog and think it will cause less allergy problems for a person already dog-allergic is not borne out by our study," Johnson said.

Dr. James T.C. Li, chair of the division of allergic diseases at the Mayo Clinic may have the answer.  He says the real source of pet allergies is not the fur, but a protein that's found in a dog's saliva and urine, that sticks to dried flakes on the pet's skin, known as dander. Some dogs, he says, are "marketed" as hypoallergenic because they don't shed as much.

"It makes an extreme difference for people with allergies."

What do you think, dog owners?