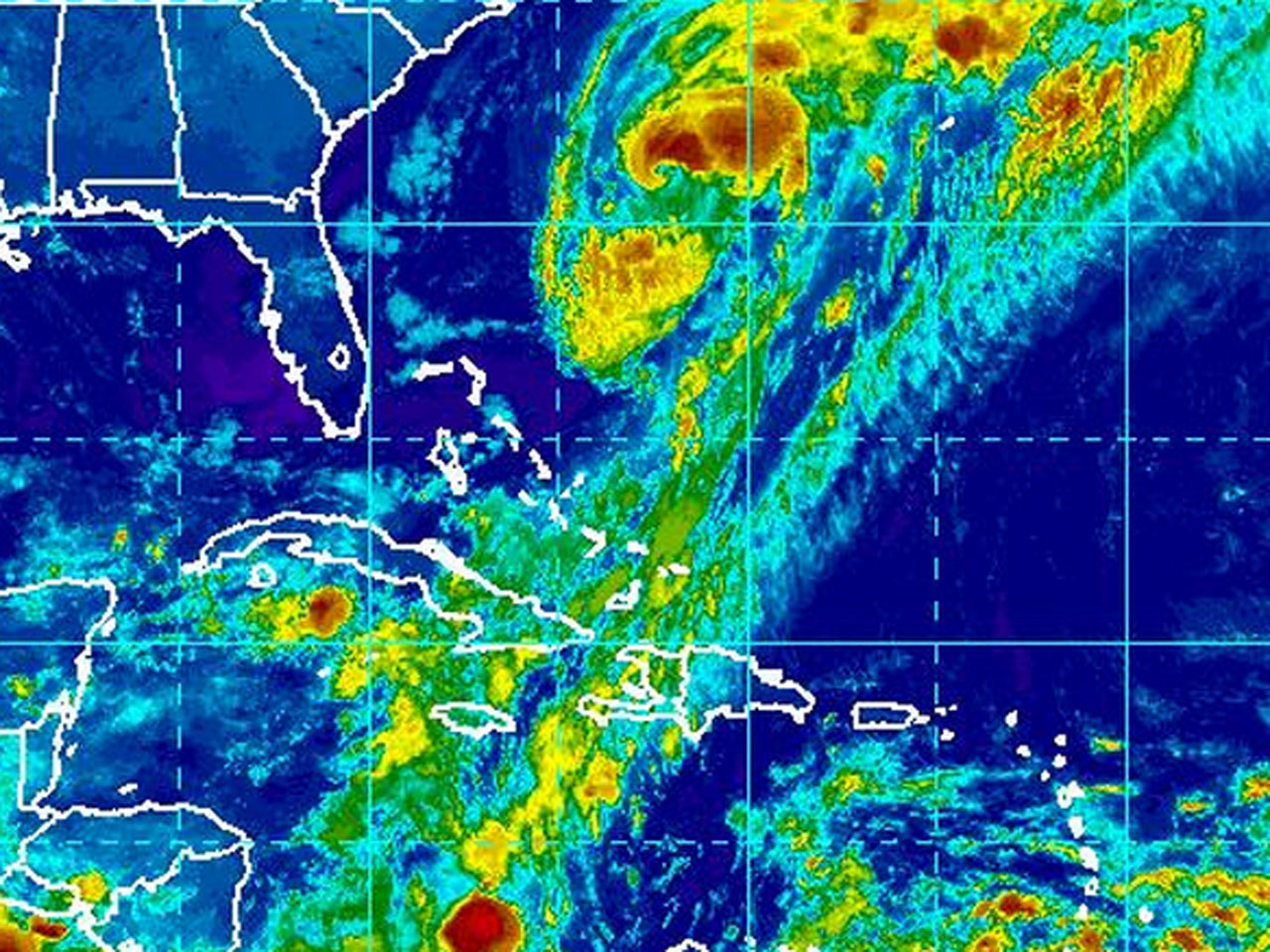 The U.S. National Hurricane Center in Miami said the hurricane would likely avoid a collision with the U.S. Eastern Seaboard, but was generating life-threatening surf and rip current conditions from central Florida to North Carolina that are expected to move north along the East Coast over the next few days.

The storm had maximum sustained winds of 80 mph as of 5 a.m. EDT Wednesday and was expected to pass well northwest of Bermuda later in the day and strengthen slightly. Early Wednesday, it was centered 430 miles west of Bermuda and was moving north at 12 mph. Hurricane force winds extended outward some 60 miles from the center.

Cristobal was expected to dump up to 2 inches of rain over Bermuda and lesser amounts over the already sodden Bahamas and the Turks and Caicos.

Hotel owners and tourist operators in Bermuda were upset about the forecast, noting that August already has been one of the rainiest months in recent history for the British island territory.

"It's been a ridiculous, endless amount of rain," said Marlie Powell, owner of the Kingston House Bed & Breakfast. "It's the height of our tourist season, so it's not a happy thing."

Turks and Caicos officials said flights resumed Tuesday at the islands' international airport, which closed as the hurricane dumped some 12 inches on the islands. The governor's office reported one death after recovering a body from floodwaters on the main island of Providenciales.

"The situation on North Caicos is extremely serious," said Premier Rufus Ewing, who visited the island on Tuesday. "The flood water in some areas is perhaps 1,000 feet across and up to 5 feet deep in places."

The government said in a statement that it was debating whether to pump out floodwaters or use bulldozers to create new routes to reach some communities. Government offices on North Caicos remained closed.

In addition to the person who died in Turks and Caicos, floodwaters killed two men in the Dominican Republic and two people in Haiti, where roughly 640 families were left temporarily homeless.

Meanwhile in the Pacific, Hurricane Marie was weakening over colder water off Mexico's Pacific coast, though it was still generating large, dangerous swells that were nearing the beaches of Southern California.

The hurricane's sustained winds had decreased to 85 mph by early Wednesday from a peak of 160 mph Sunday. It was expected to slump to tropical storm status Wednesday. Marie was centered about 810 miles west of the southern tip of Mexico's Baja California Peninsula and moving west-northwest at 13 mph.