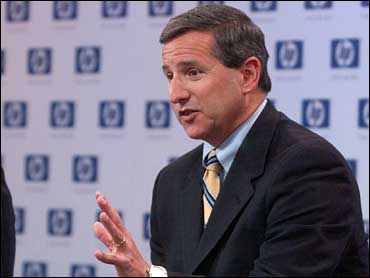 For a company that was predictably boring for decades, Hewlett-Packard's recent history has more closely resembled the plot of a Silicon Valley Peyton Place.

Mark Hurd's resignation as CEO because of a sexual harassment investigation may have been shocking, but it was also a reminder that HP's executive boardroom has been no stranger to controversy and corporate intrigue these last few years.

In 2005, HP got caught up in a spying scandal when it tried to discover who had leaked information about a board meeting to a reporter from CNET. (CNET is a sister site of CBSNews.com.) The months-long surveillance of reporters and even HP directors involved the use of private investigators as well as "pretexting" to gain access to private phone records.

The revelations subsequently led to the resignations of then-chairwoman Patricia Dunn as well as that of HP's General Counsel and two of the company's inside investigators. For a company which grew up in the mold of its legendary co-founders, Bill Hewlett and David Packard, this was publicity of a very different sort. And it would take months - including an appearance in front of a congressional committee - before the controversy faded from the headlines.

Hurd, who had just come on board as CEO when the surveillance program got underway, escaped without getting caught in the crossfire. Even though he knew an investigation of the leak had been ordered, Hurd maintained throughout that he had no knowledge of the more sordid aspects of the probe.

Before Hurd, There Was Fiorina
The contrast with Carly Fiorina could not have been starker. Hurd had been plucked from the relatively staid NCR - which he turned around - to replace Fiorina, a glitz and glamour exec who was forced out of HP after a stormy tenure that invited controversy from the get-go.

Coming from Lucent, Fiorina was a highly-regarded executive, one HP hoped would invigorate its increasingly-sclerotic corporate culture. That was on paper. As much as she might have tried to fit as HP's new leader, however, Fiorina, one of the few female executives to run a big Silicon Valley technology company, was viewed by suspicious company veterans as an outsider.

Worse, she was seen as a divider, not a uniter. She brought panache and an aggressive style that rankled some who preferred the more consensual management style of the "HP Way" when Hewlett and Packard were running the show. The favorite putdown heard about Fiorina: She was a "marketer" - a no-no for generations of HP veterans who took pride in their company's famed engineering chops.

But what ultimately did Fiorina in was her championing of a risky multi-billion dollar acquisition of Compaq. The idea was to make HP less dependent on its bread-and-butter printer business and expand its presence in the PC business where Compaq was strong. She staked her reputation on this bold but controversial move. Unfortunately for Fiorina, she alienated important would-be allies - including members of the founding families - during the combative months-long fight to sell the merger to shareholders.

If the deal had led to an immediate improvement in HP's flagging stock price, things might have worked out differently. It did not and shareholder disgruntlement ultimately forced a showdown with board of directors that by then was less-than-sympathetic. Fiorina resigned in Feb. 2005, walking away with a $21.1 million severance package and a legacy she doubtless will have to defend during her run for Senator against Barbara Boxer in California this fall.

Hurd was named CEO of HP in March, 2005, about one month after Fiorina was forced out and it wasn't long before a leaner, better-executing HP was beating analyst expectations handily, both on the top and bottom lines. Hurd became the toast of Wall Street and the business press, praised for his operational ruthlessness and his clarity of vision about what HP should be. Of course, how much of HP's subsequent rebound was due to Hurd or whether it was the belated flowering of seeds put in place during Fiorina's tenure remains fodder for bar-room debates to this day.

But until Friday's blockbuster resignation announcement, nobody within a million miles of HP would have assumed Hurd's career would go up in ashes because of scandal. And it wasn't just because of the sexual-harassment investigation. On the conference call, general counsel Michael Holston noted that 'numerous" expense reports Hurd filed for the unidentified outside female contractor turned out to be inaccurate and that the probe had violated the company's standards of business conduct.