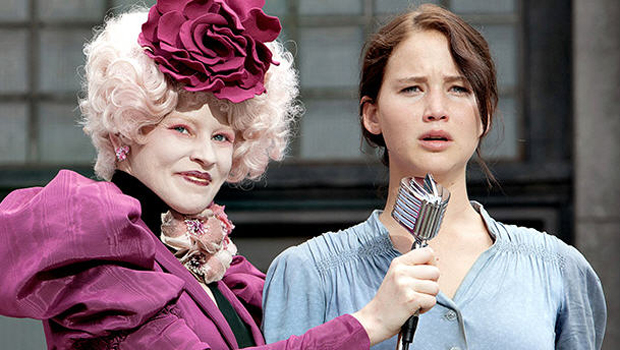 "The Hunger Games" is coming to the stage.

Lionsgate announced Friday that it is launching a theatrical adaptation of the popular young adult novels and Jennifer Lawrence-starring film franchise.

The studio is teaming with production companies Imagine Nation and Triangular Entertainment on the project, which will open at a new theater next to Wembley Stadium in London in the summer of 2016.

"Innovative and immersive staging techniques" will be used to translate Suzanne Collins' story of a dystopian society where children are forced to fight to the death to the stage, the announcement said.

The theatrical experience will be produced by Imagine Nation co-founder Robinde Levita, who has created unique presentation formats for other stage shows involving a rotating auditorium and stage sets.

"Robin de Levita and the entire production team are the perfect partners for extending 'The Hunger Games' franchise into a live theatrical experience," said Lionsgate Chief Marketing Officer Tim Palen. "Their creative genius, combined with world-class production values and state-of-the-art technology will provide a uniquely immersive experience for fans around the world."

De Levita added, "I'm thrilled to be partnering with an innovative next generation studio like Lionsgate on a property that resonates so deeply with global audiences. The theater is a fantastic medium to bring the many meaningful layers of Suzanne Collins' writing to life."

The first two "Hunger Games" films have already grossed more than $1.5 billion at the worldwide box office. The next film in the francise, "The Hunger Games: Mockingjay - Part 1" opens in theaters Nov. 21.