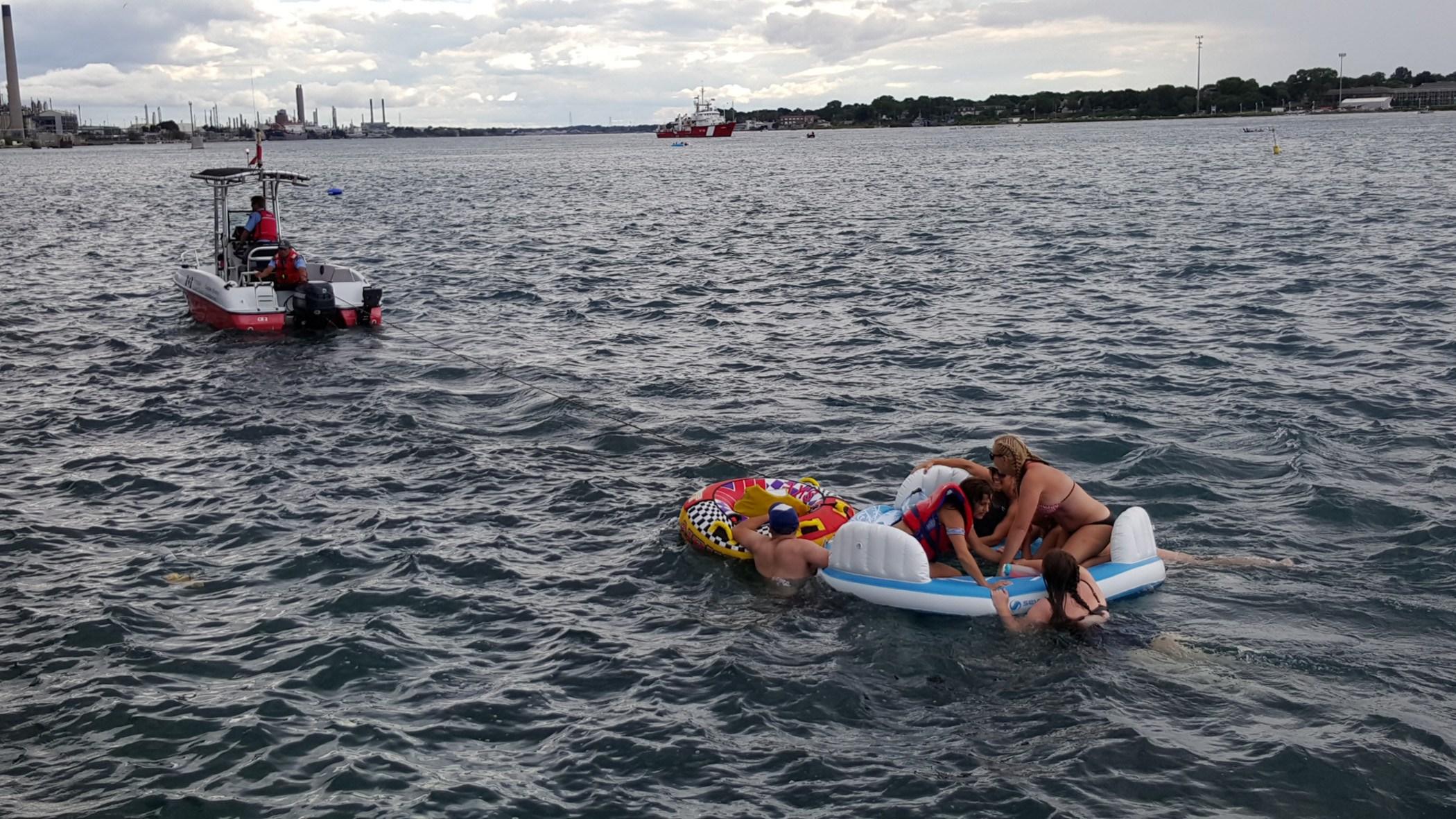 PORT HURON, Mich. -- Canadian authorities stopped an invasion: 1,500 people on inflatable rafts and boats that drifted across the border from Michigan during high winds on the St. Clair River.

The 7.5-mile Port Huron Float Down is an annual event on the river that divides Michigan from Ontario, Canada. But the winds turned it into an international incident Sunday.

“The event has no official organizer and poses significant and unusual hazards given the fast-moving current, large number of participants, lack of life jackets, and as was the case this year, challenging weather conditions,” the Sarnia, Ontario, Police Service said on its website.

Police said it took hours for a bus service, Sarnia Transit, to transport approximately 1,500 U.S. citizens back to Michigan.

“They were unprepared to be stranded anywhere,” Staff Sgt. Scott Clarke told the Times Herald.

“I don’t think any remain — that I am aware of — I would say somewhere between 1,200 and 1,500 people; 19 bus loads that we shipped back over to the Port Huron side,  the American side,” said Clark, according to CBS Detroit​.

The event started at Port Huron’s Lighthouse Beach and was supposed to end at Chrysler Beach in Marysville.

“It was a bit of a nightmare, but we got through it,” Clark said to the Times Herald. “There were long waits and long lines. They were cold and wet, but they all made it home.”

“I guess they were on the rafts,” she said of the picnic tables.