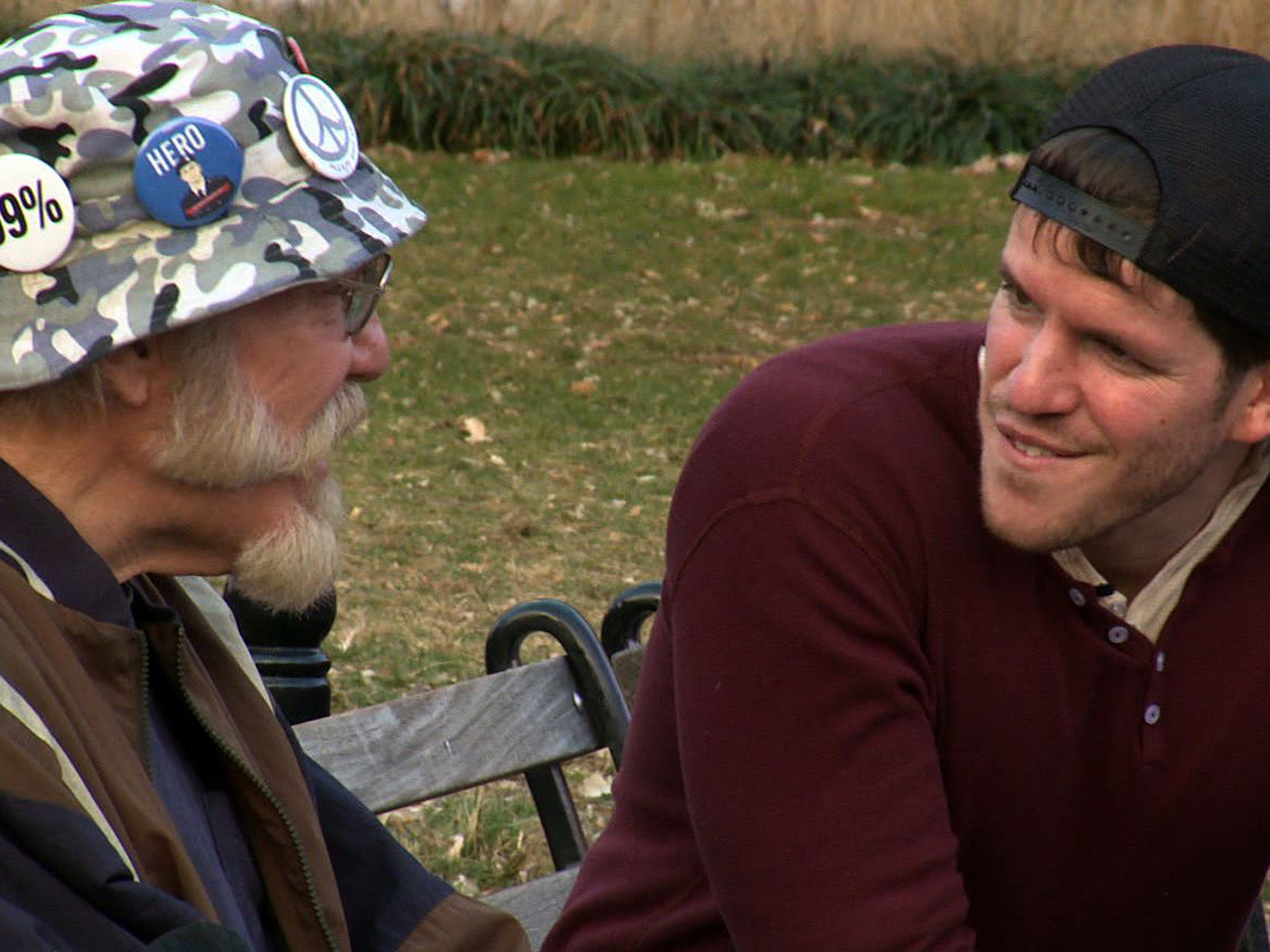 New York City is a people-watcher's paradise: from food vendors and street musicians, to the powerful and the powerless. It can also feel like a sea of anonymity.

For the last three years, Brandon Stanton has been pounding the New York City pavement in search of the perfect stranger.

Stanton said, "My goal in a very short amount of time, using just a few amount of questions is to find out something about that person. Something personal."

He asks people, for example, what their greatest struggles are, what surprises people about their partners since they've gotten to know them better, or why they're in a bad mood.

Stanton -- a former bond trader with no artistic training -- takes photos of the people he meets, and posts them on his blog Humans of New York, along with a vignette about each one.

The results range from the bizarre to the bittersweet -- a dying husband's words to his soon-to-be widow: Stanton recalled, "He said, 'Take the love you have for me and spread it around.'"

One man photographed by Stanton said he wished he'd gone to college. A woman told Stanton she just broke up with her fiancee. Another said meeting new people frightens him.

Stanton said it's amazing that after such a short amount of time, people are sharing deeply personal issues in their lives.

"The fact that people are so willing to disclose shows you how much we avoid talking about these very serious issues in our everyday lives," he said. "I'd rather something be absolutely honest, unscripted and trivial than stage-managed and profound."

Asked if he's looking for some authenticity, Stanton replied, "Exactly. And that's when I know when I have what I was looking for."

What Stanton has found is a remarkable following. Almost 2 million people worldwide read the blog and its intimate depiction of the most diverse city on Earth. One post generated more than 500 Facebook "likes" in the first minute.

Asked if he's a journalist, Stanton said, "When you say journalist, it's like oh -- how many sources have you fact checked? When you say photographer -- it's, why are your photos a little bit out of focus? The answer is because I don't care. I like to call myself a storyteller so I don't have to worry about other people's definition of what correct work is."

His work became a book, which landed the top spot on the New York Times best-seller list. Now, the humans of New York stop him on the street.

Stanton said, "It's a very intimidating thing to approach strangers. And having somebody do that in your stead and learning these stories of these people -- having somebody take that risk for you -- and just kind of being able to enjoy the benefits of it -- is a very powerful feeling, I think."

It's powerful for the author and the humans he profiles.