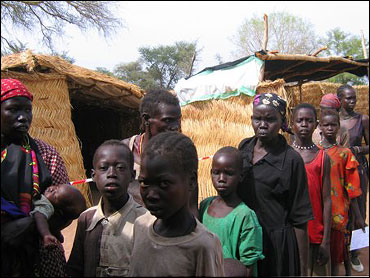 Five people working for humanitarian aid group Doctors Without Borders' Belgian office were kidnapped in Sudan's Darfur region, officials said Thursday, a week after the government in Khartoum ordered the expulsion of aid groups as a response to the International Criminal Court's decision to indict the president.

A spokesman for Doctors Without Borders' Belgian office, Koen Baetens, confirmed the abductions, but declined to provide further information because of the sensitivity of the situation.

Noureddine Mezni, a spokesman for U.N. peacekeepers in Khartoum, said the kidnappings took place Wednesday in north Darfur, about 125 miles west of al-Fasher.

Mezni said that six Doctors Without Borders employees were abducted initially from their offices in the Saraf Umra area, but one Sudanese worker was released Thursday morning.

The Italian branch of the aid group, which is also known as Medecins Sans Frontieres, said the abducted include one Italian national, one French national and one Canadian national. It said two Sudanese national were immediately released.

It was not immediately possible to explain the discrepancy in the numbers.

The kidnappings come after Sudan expelled 13 aid groups, including Doctors Without Borders, in response to an international court's war crimes indictment of Sudanese President Omar al-Bashir. The groups were told to leave Darfur by March 5.

The aid group says on its Web site it had pulled out its Dutch and French branch operations from Darfur, but said its Belgian office still had aid workers near al-Fasher, in the city of Kebkabiya, where it is providing vaccinations and supporting local hospitals.

Swiss and Spanish branches of the aid group are also still operating in Darfur.