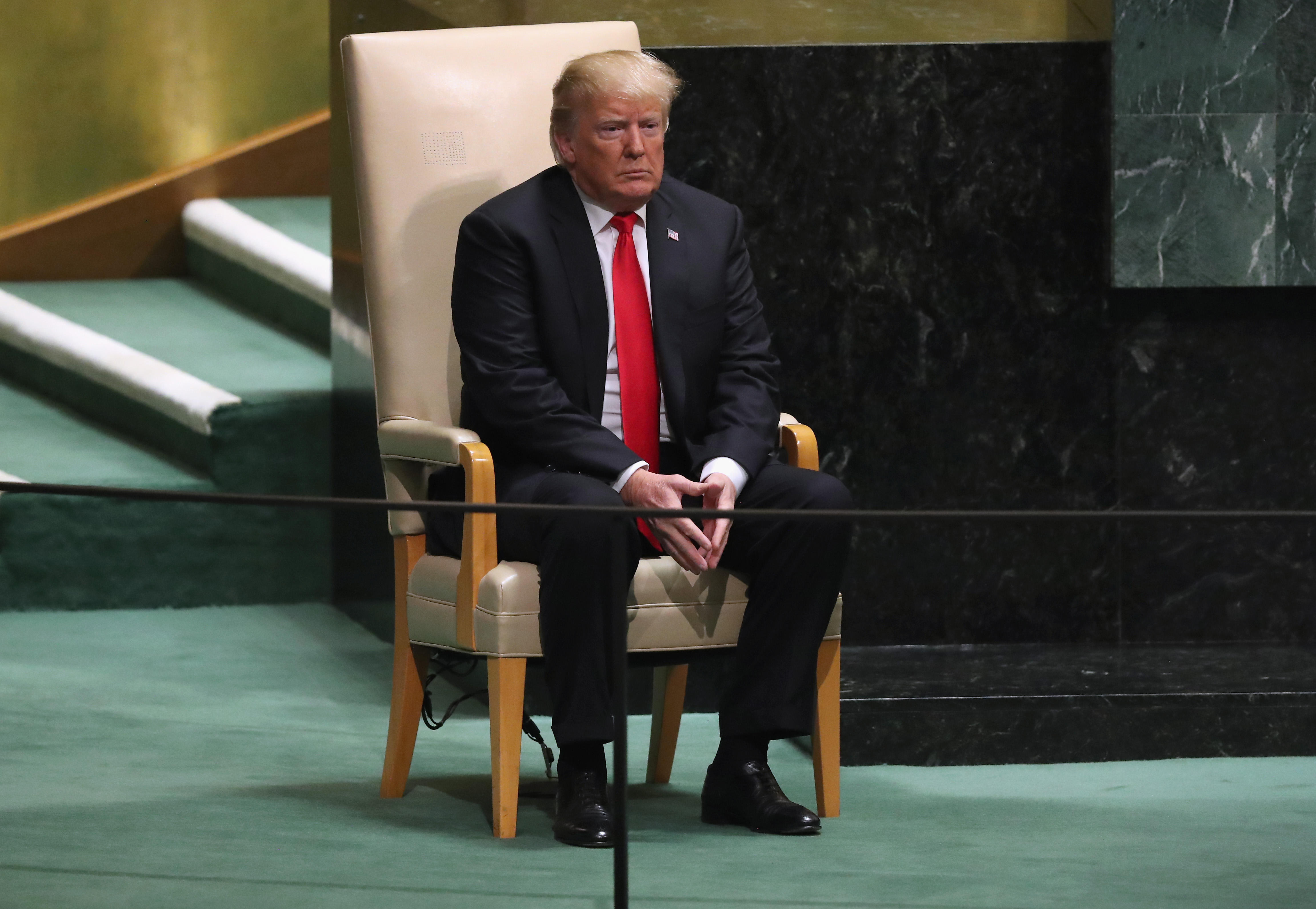 UNITED NATIONS -- "Moving forward, we are only going to give foreign aid to those who respect us and, frankly, are our friends," President Trump declared Tuesday before the U.N. General Assembly. "We are taking a hard look at U.S. foreign assistance."

Mr. Trump's message was seen by human rights and humanitarian aid groups as a clarion call for the U.S. withdrawal from international institutions and foreign assistance agencies, cloaked in American strength and sovereignty.

"President Trump comes to the most multinational institution, to criticize it," International Committee of the Red Cross (ICRC) President Peter Maurer told CBS News. "I am getting fed up with the negativism."

Maurer, a former Swiss Ambassador to the U.N. who now heads the Geneva-based organization which runs aid programs in more than 80 countries, did give Mr. Trump credit for one thing: "He doesn't stay outside to create something alternative. He comes here, to engage. That's good."

Other human rights groups, however, expressed alarm. Margaret Huang, Executive Director of Amnesty International USA, said, "President Trump continues to attack human rights not only within his own country, but also within the U.N. system built specifically to protect and promote human rights."

"This Administration continues to reject international standards, attesting to its exceptionalism as it cruelly turns its back on refugees and threatens to cut aid for all but those who pass some arbitrary litmus test of respect for his leadership, instead of whether they demonstrate a grave need for humanitarian assistance," Huang said.

Cutbacks on foreign aid are not unexpected. Last month, the White House Office of Management and Budget asked the State Department and the Agency for International Development to submit information for a "rescission" proposal for steep cuts in foreign aid, a move that Secretary of State Mike Pompeo opposed, based on opposition from Congress.

The ICRC chief lamented the lack of focus on aid for the needy at the U.N. General Assembly (UNGA), saying it was "clouded out" in this year's annual gathering and other international meetings, but stressing that it remains "one of the main concerns of the ICRC."

Maurer spoke with CBS News about the dire humanitarian situations in Syria, Yemen, Libya, the Middle East and Iraq, as well as the plight of the Rohingya Muslim refugees who have fled Myanmar. He was most passionate about the impact these current crises will have on the next generation, pointing out the "distressing impact of the war on Syria's children."

One of his greatest concerns was over Libya, where the international community has focused on the north African nation's default role of "transit country" for migrants coming from Sub-Saharan Africa and trying to reach Europe.

"We have almost forgotten, the whole international community has forgotten, that Libya is an active conflict between warring parties," he said, noting that the war-torn nation, governed since dictator Muammar Qaddafi's fall in 2011 by two separate governments and myriad militias, also has one of the largest populations of internally displaced people on the African continent.

Speaking this week at a side event on the worsening crisis in Yemen, Maurer said that right now, "22 million people -- three-quarters of the population -- need assistance; one million more since June last year. Two out of three Yemenis are food insecure."

Opening the General Assembly debate this week, U.N. Secretary-General Antonio Guterres warned that while the world is becoming ever more interconnected, "societies are becoming more fragmented. Challenges are growing outward, while many people are turning inward."

In a call for more cooperation, including on helping the people most in need across the world, Guterres concluded that, "there is no way forward but collective, common-sense action for the common good."