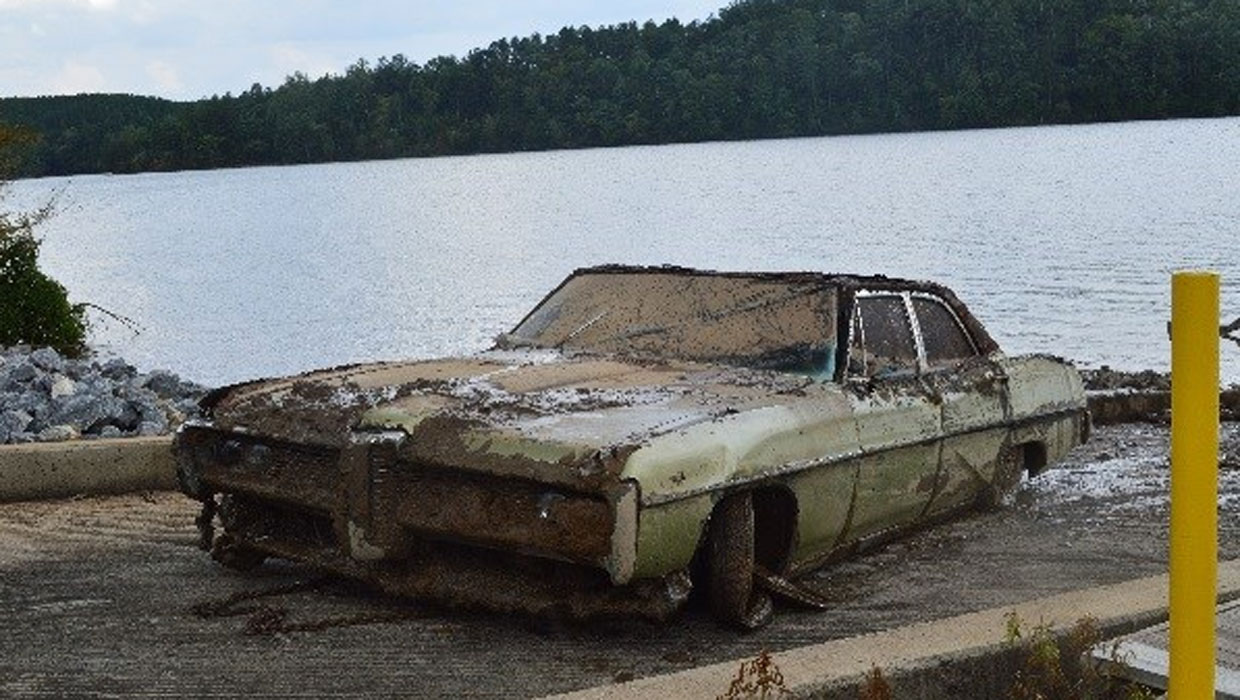 SAWMILLS, N.C. - A rusty, mud-caked sedan pulled from the bottom of a lake in the foothills of the North Carolina mountains could bring closure to the family of a retired airman who disappeared 43 years ago.

The Caldwell County Sheriff's Office says the human remains found in a 1968 Pontiac Catalina recovered from a local lake could help solve the case of Amos Shook, who was reported missing on Feb. 19, 1972.

The sheriff said the model matches the car that belonged to Shook, and the wallet found in the car appears to be his.

"We found a wallet and some ID cards in it. It amazed us how preserved that stuff was," Caldwell County Sheriff Alan Jones said at a news conference.

The four-door sedan was caked in mud and showed some rust, but the windows were intact after it was pulled from Lake Rhodhiss about 75 miles northwest of Charlotte.

Sheriff's Lt. Aaron Barlowe said the remains found Tuesday are going to the state Office of the Chief Medical Examiner for an autopsy and identification. Barlowe said there were no initial signs of foul play.

Authorities say the search for Shook was resumed after his daughter approached investigators last month with a newspaper article about her missing father and asked them to search again.

But few if any records from the original investigation were left when investigators searched their files, Jones said.

"Records from that far back, there's not a lot that was left because I know we looked for it," he said.

Barlowe wouldn't say what led investigators to the lake, but added that investigators and a dive team used advanced sonar to find the car in 30 feet of water.

Shook, who was 44 when he disappeared, had retired from the U.S. Air Force and lived in the town of Sawmills, according to Barlowe, who said his surviving family members live throughout Tennessee.

Given the time that's passed, authorities may not be able to say definitively what happened to Shook. But the sheriff said that he hopes the discovery gives his family some peace of mind.

"They're just happy to get closure," he said.

Caldwell County is a mainly rural county in the North Carolina foothills of the Blue Ridge Mountains. The county's website says the first modern furniture factories were organized there in 1889. Today, in addition to furniture manufacturing, the county is host to a Google data center as officials attempt to integrate technology and information-based companies into the local economy.