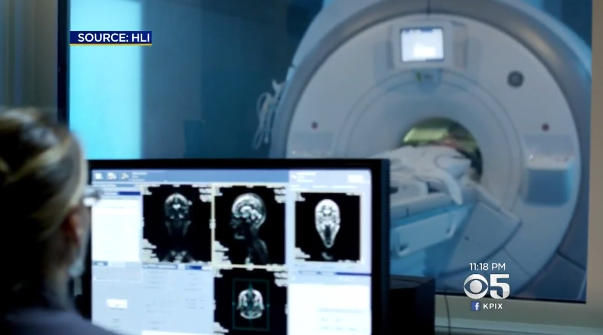 SAN FRANCISCO -- The latest, most exclusive status symbol in Silicon Valley isn't a car, a coat, or a high-tech gadget. What everyone is clamoring for is immortality.

Now, a new health assessment is leading the way to give you precise information on how to lead the healthiest, longest life possible, CBS San Francisco reports.

Touting everything from cryotherapy to blood transfusions to digital devices, inventors and futurists are trying to harness science and technology to slow down aging and cheat death.

"I know there are a lot of people who are very, very curious or interested in the idea of extending human lifespan," said University of California, Berkeley assistant dean of journalism Kara Platoni.

The latest addition to that effort is an exclusive new medical checkup offered by Health Nucleus of San Diego – though it comes at a cost. It promises to help you cheat premature death for years, if not decades. The cost is $25,000 – all out-of-pocket.

"We want to find things early when they are treatable and preventable," Venter told KPIX 5 News. "What we're looking for is what's unique to each person and how that would predict their future."

The checkup begins with eight hours of diagnostic testing. It includes whole genome sequencing, as well as the sequencing of all your microbiota – the germs both in and on your body.

It also includes a blood test that looks at 20 different chemicals, and extensive MRI body imaging that begins with the brain and uses very sophisticated software.

"We have an algorithm that measures very accurately 20 regions of the brain, can predict Alzheimer's disease 20 years in advance," Venter claimed.

So far, more than 500 people have signed up.

Venter says all presumed they were perfectly healthy. However, the exam showed they were not.

"Forty percent of those people you think are healthy, we're finding have serious disease, and 15 to 20 percent have something that needs to be acted upon almost immediately as a life-saving measure," he said.

One of those individuals included the genome pioneer himself. Venter's workup and whole genome sequencing revealed a hidden high-grade prostate cancer that he had surgically removed.

"We can really see the future," Venter said.

A single person's genome generates a huge amount of data: up to 100 gigabytes.

The company's ambitious goal is to decode 100,000 genomes every year, creating the world's largest clinical, biological, and behavioral database in the world, including comprehensive genomic and phenotype content.

That's where Silicon Valley, cloud computing  and machine learning all come into play. "You have the computer look at that data and it can give you back an answer," said Human Longevity's Chief Data Scientist, Dr. David Heckerman.

In Mountain View, California, Heckerman and his team are using machine-learning super-computers to scour the details of all the data. They hope to uncover powerful new insights into your health.

The powerful computers will look at patterns in the genome along with clinical data, and see whether they can identify areas of vulnerabilities that may help to guide our future health decisions.

It's a body of immense knowledge that may potentially help all of us. However, some doctors are skeptical.

"I would save my money," said Dr. Rita Redberg, a cardiologist at the University of California, San Francisco cardiologist. She believes testing otherwise healthy individuals preys upon their fears.

Redberg wants to see peer-reviewed published data before she would recommend this test for anyone. "Right now there is no data that getting this testing is going to make you feel better, make you healthier, or help you to live longer," said Redberg.

"Some notable physicians complain about what we're doing and they consider it wrong to do tests on healthy people… and my response to them is, how do you know that they are healthy?" he smiled.

Human Longevity is currently piloting a lower-cost, fewer-tests Health Nucleus product that it hopes to roll out later this year.

Cost of having baby: $21K for single birth, $105k for twins
Thanks for reading CBS NEWS.
Create your free account or log in
for more features.
View CBS News In
CBS News App Open
Chrome Safari Continue
Be the first to know
Get browser notifications for breaking news, live events, and exclusive reporting.