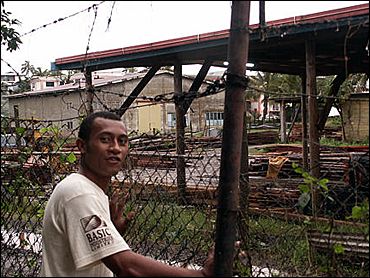 Police dismantled a huge methamphetamine factory in Fiji's capital Wednesday, seizing enough chemicals to make $540 million worth of the drug — which they said was destined for markets in Europe, the United States, Australia and New Zealand.

He called the factory the largest methamphetamine laboratory ever discovered in the Southern Hemisphere.

Police from Fiji, assisted by officers from Australian and New Zealand, arrested four Hong Kong Chinese and three Fijians. The suspects were expected to appear in court Thursday, Hughes said.

In Hong Kong, police said they arrested a 40-year-old man suspected of laundering proceeds for the drug syndicate. He was not immediately charged. They said Malaysian police also arrested six other members of the syndicate, including a Hong Kong man and a Hong Kong woman.

The raid in Fiji underscored recent warnings by Australia and New Zealand that South Pacific countries could become havens for organized crime if they do not improve their policing, stamp out widespread corruption and improve their economies.

"This is a frightening example of transnational organized crime elements using Fiji as a staging ground for their illegal activities," Hughes told reporters.

"Increasingly we are seeing these elements coming to Fiji and joining up with local organized criminal groups," he said.

Fiji's Parliament is debating tougher drug laws that would increase sentences for serious drug offenses from a maximum of 20 years to life in prison.

Hughes said the laboratory, on an industrial site on the outskirts of Suva, was set up to produce methamphetamine for the Australian, New Zealand, U.S. and European markets.

An initial assessment of the chemicals found in the warehouses showed there was enough to produce 2,200 pounds of crystal methamphetamine, Hughes said.

He said the laboratory had the capacity to produce 1,100 pounds of the drug each week.

New Zealand and Australian federal police were in Fiji to assist with the investigation. New Zealand police experts will remain for about two weeks to clean the warehouses of toxic wastes, Hughes said.

"The success of this operation sends a crystal-clear message to organized drug syndicates that the combined efforts of international law enforcement agencies will ensure that transnational crime will not be allowed to gain a foothold in the region," Ellison said in a statement.