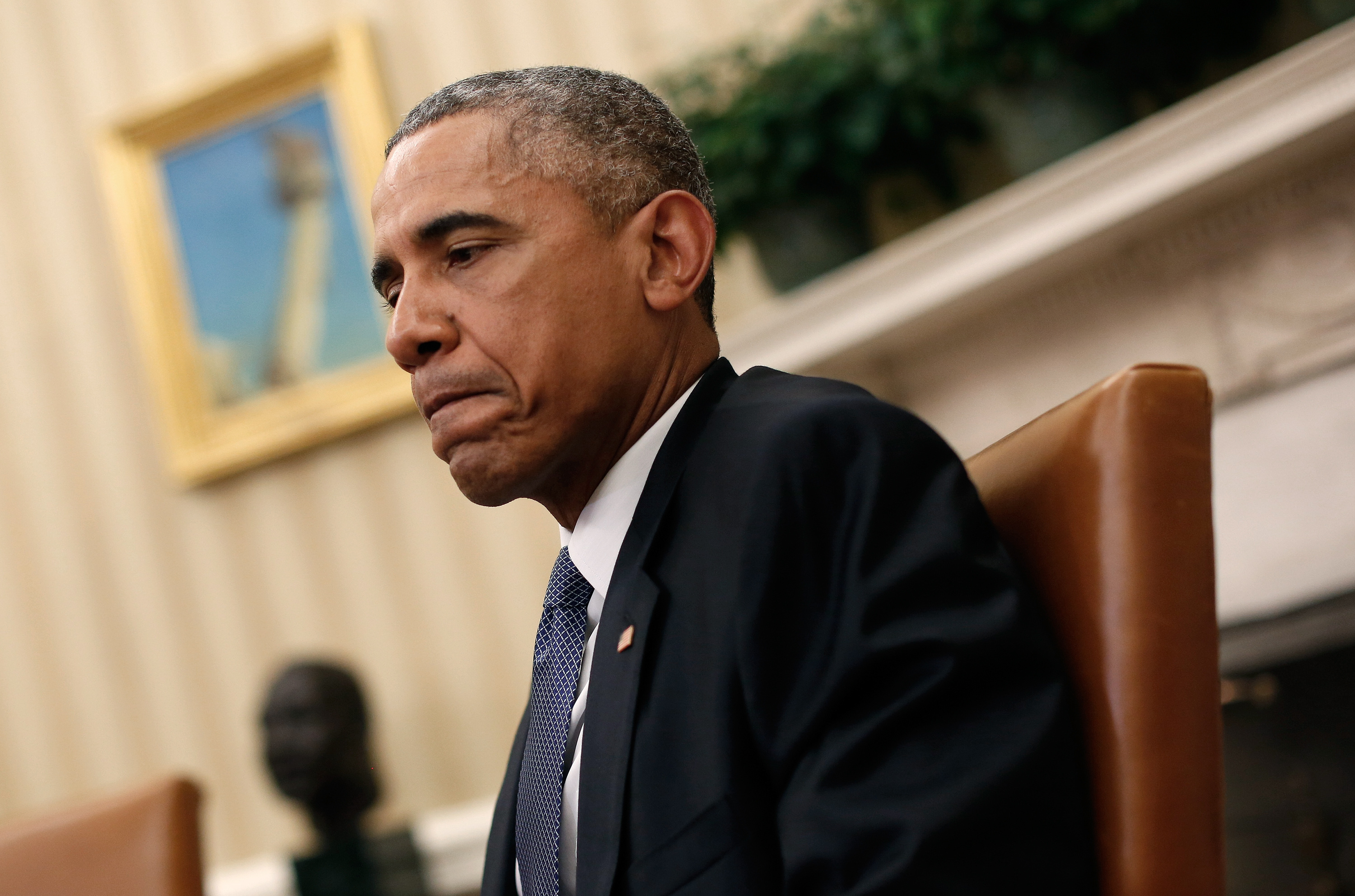 President Obama will be giving a rare prime-time address Sunday night from the Oval Office. He is expected to discuss Wednesday's deadly San Bernardino shooting and the broader threat of terrorism, including the president's plans to combat it and protect the nation

Attorney General Loretta Lynch previewed the president's speech early Sunday, telling NBC News that she expects Mr. Obama will "call on the American people to not give into fear."

"You may hear him call on Congress to review measures and take action as well," Lynch said.

In a Saturday address, the president also stepped up calls to strengthen gun control measures, criticizing America's lax firearm regulations for making it "too easy for dangerous people to get their hands on a gun."

The president's Sunday speech comes just four days after a married couple went on a shooting rampage at a social services center in San Bernardino, California, killing 14 people and injuring several others. The FBI is investigating the massacre as an act of terrorism, after authorities found a statement of support for the Islamic State of Iraq and Syria (ISIS) posted online by the female shooter, Tashfeen Malik.