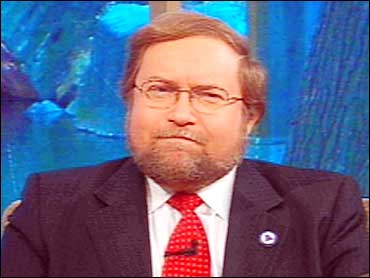 Authorities trying to determine whether two bodies washed ashore in northern California this week are Laci Peterson and her unborn baby say it could take days, even weeks, for test results to come back.

"Clearly they can't do fingerprinting," explains Lawrence Koblinski, a professor of forensics at John Jay College of Criminal Justice. "When a body's been submerged, the skin tends to peel off."

Without the obvious ways of identifying a body, Koblinski says, the next thing is to analyze the DNA. He explains there are two kinds of DNA, one that probably will not reveal the needed information.

"There's another kind called mitochondrial DNA," he says. "It's a little more complicated, time-consuming, and that takes longer to get a result. But ultimately, we will be able to determine if the baby is hers. There's no question about that. This mitochondrial DNA is inherited maternally, which means that they would share the exact same form of DNA. So there's no question we'll be able to tell if the baby is hers," he explains.

If it is, in fact, Laci Peterson, the body could have been in the water for up to four months.

"As time goes by, the body decomposes," Koblinski says. "And don't forget it's in a salty environment. That tends to retard bacterial degradation. On the other hand, you're dealing with, you know, four months. There's wildlife, small and large, eating at the body. We may never even know what killed this woman. In fact, we don't know whether she was alive or dead when she was submerged. There are lots of questions," he says.

Koblinski notes not all questions will be answered.

"We will know if it's Laci Peterson and the child. We will not really have an understanding of what killed her and that's because the body is so decomposed."