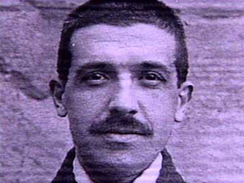 This week we've gotten two more reminders that you have to be vigilant about protecting your investments from scammers. An Iowa-based brokerage firm collapsed, possibly taking $220 million in customer funds down with it, while a Georgia banker has been charged with embezzling $17 million.

Last year, MF Global stunned the investment world when it apparently used customer funds to cover risky bets that went south. The firm would have been in the spotlight anyway, but the fact that former New Jersey Governor and Goldman Sachs partner Jon Corzine was the CEO who made the bad bet put the company, and Corzine himself, on the political and regulatory hot seat.

These scandals are smaller in scale from Bernie Madoff's Ponzi scheme and Allen Standford's CD fraud, but are still worth understanding so that you can protect yourself from losing your savings.

Georgia bank director disappears along with clients' moneyIowa brokerage collapses, $220 million in customer funds missingSimple answers to tough financial questionsPeregrine Financial Group of Cedar Falls, Iowa, which operated under the name PFGBest, filed for Chapter 7 bankruptcy (meaning the company is in the process of liquidation and has no intention of restructuring) and regulators can't account for $220 million dollars in customer funds.

Georgia banker Aubrey Lee Price has been charged with embezzling $17 million dollars of investor funds from Montgomery Bank & Trust in Ailey, GA, which the FDIC seized on July 6. Deposits of the bank have been transferred to Ameris Bank of Moultrie, GA. According to the SEC, Price had raised nearly $40 million from more than 100 investors, mostly in Georgia and Florida, through the sale of membership interests in his investment firm. Like Madoff, he told investors messages that the firm consistently had positive returns.

Both cases have a tinge of the surreal -- PFG's CEO attempted suicide and Price disappeared last month in Key West, Fla. and is still at large. They also underscore why Americans have lost faith in financial institutions. As Eduardo Porter notes in the New York Times ("The Spreading Scourge of Corporate Corruption"), "The misconduct of the financial industry no longer surprises most Americans. Only about one in five has much trust in banks, according to Gallup polls, about half the level in 2007."

With financial fraud complaints up 35 percent in the past three years alone, here are 6 ways to protect against scams.

1. Don't invest in commodity futures and currency futures brokerage accounts, like MF Global and PFG. Futures and commodities brokers do not carry protection against bankruptcy. This is different from most retail brokerage firms, which are members of the Securities Investor Protection Corporation (SIPC). When a SIPC broker goes belly up, your cash and securities held by the firm may be protected up to $500,000, including a $250,000 limit for cash. SIPC covers most types of securities, such as stocks, bonds, and mutual funds, but not futures, limited partnerships and fixed annuity contracts. Keep in mind that SIPC does not protect you against losses caused by a decline in the market value of your securities.

2. Don't work with investment advisors who are reluctant to discuss investment strategy. Madoff was known to tell would-be investors that he couldn't disclose any of his strategies because it was proprietary information. Financial advisers don't have to disclose every trade they have ever made, but they should present you with an investment policy statement and should encourage you to fully understand the strategy employed.

3. Avoid advisors who control of all aspects of the investment process. When hiring a financial adviser, there are three distinct pieces of the process: the advice, the trading, and the custodianship. In Madoff's case, he owned all three pieces, but in most firms, at least one of the pieces is handled separately, allowing for a third-party to conduct checks and balances. In the Price case, clients invested directly into the advisory firm, rather than depositing a check into a brokerage account, another red flag. So, for instance, if you are working with a fee-only financial advisor, make sure your funds are actually held by a brokerage firm such as Fidelity or Schwab.

4. Beware the use of an unknown auditor. Ask the advisor for the name of the auditing company and ask your own CPA or friends in town if they have ever heard of the firm and/or know of the auditor's reputation. It was curious that Madoff ran a seemingly large business, yet the auditors were a small-time outfit that virtually nobody had heard of.

5. Be cynical about stellar returns in every type of market. It may seem crazy to question returns, but one huge, red flag of the Madoff scheme is that he never had a losing month and his returns were consistent to the point of being manufactured. So too with Price, who was making money regardless of market conditions.

6. Seek a second opinion: If deep down you think that there could be a problem, get a second opinion from another advisor. Or you can just trust your gut and move on to another firm.

What happened after the Foxconn suicides
Jill Schlesinger