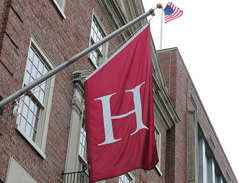 (MoneyWatch) The endowments at Ivy League universities such as Yale and Harvard have been exceptionally successful, causing many investors -- both individual and institutional -- to consider replicating their investment strategy. While there are some key differences that stop individuals from being able to copy their models, the Ivy Leagues can teach us some helpful investing principles.

In his book Pioneering Portfolio Management, Yale's Chief Investment Officer David Swensen described his unconventional approach to institutional investing. Swensen recommended that institutional investors capture the liquidity premium available in illiquid investments. In other words, you can, theoretically, capture higher returns to compensate for the fact that certain investments are hard to cash in. Because endowments essentially have a forever-long investing horizon, they can take that liquidity risk -- but it's not always possible for individuals to take that risk. Thus, the "Yale model" is characterized by relatively heavy exposure to asset classes such as private equity.

After the success of his first book, Swensen went on to write Unconventional Success. He planned to show individual investors how to invest the "Yale way." When it came to the actual writing, Swensen realized that the "Yale model" wasn't appropriate for individuals because they are different in many ways from institutional investors. Quoting from Unconventional Success:

Harvard's former endowment manager Mohammed El-Erian was asked "Can an individual investor hope to replicate the fantastic results of the top endowments?" El-Erian response was very similar to Swensen's conclusion: "It would be like advising my son or daughter to drop out of school to play basketball with the goal of becoming the next Michael Jordan."

Both Swenson and El-Erian recognize that individual investors don't have access to the same investment managers that they do. For example, venture capital as a whole hasn't provided returns above those of similar risky public stocks (especially after accounting for the risks of illiquidity and leverage). However, venture capital is the one type of investment (or asset class) where there's evidence of persistence in outperformance beyond the random. Thus, if you can identify the superior performers, you might be able to outperform. The problem for individual investors is that a small number of top venture capital funds explain the existence of the persistence, and these elite funds are generally unavailable to even high-net-worth investors.

With that said, there's a further reason why you shouldn't try to replicate the Yale model. The 2010 study "Yale's Endowment Returns: Manager Skill or Risk Exposure," examined Yale's common stock performance and found that the returns were fully explained by exposure to risk factors, not manager skill. The endowment's exposure to small-cap and value stocks provided the excess returns over the Wilshire 5000 (the chosen benchmark). Internationally, the endowment beat its benchmark (MSCI EAFE Index) through exposure to emerging market stocks and the same Fama-French risk factors. In other words, the benchmarks were wrong.

The authors concluded that any disciplined investor with a high risk tolerance could replicate Yale's results using publicly available index funds and some degree of leverage. They added that they saw value in Yale's broad diversification across asset classes with relatively low correlation.

While replicating their portfolios would be difficult at best, there are a number of lessons you can take from the "Ivy Portfolios": Keep costs low, diversify broadly across many asset classes and sources of returns, stick to a disciplined plan, rebalance and ignore the "noise of the market."