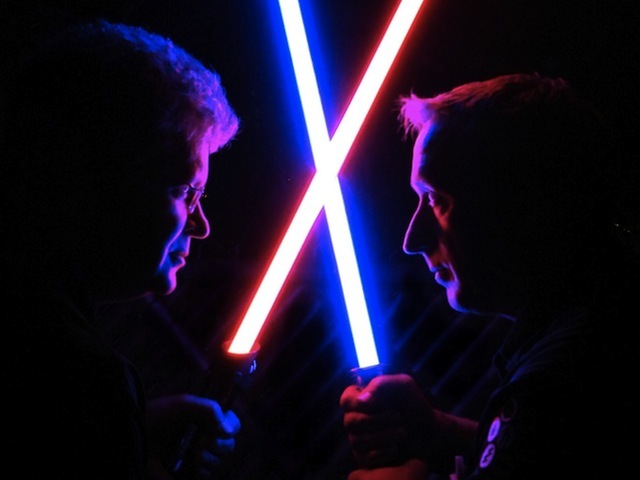 (MoneyWatch) COMMENTARY Nobody gets along with everyone. We've all got stories of coworkers, employees, even bosses who stabbed us in the back, undermined us at every turn, and generally made our lives miserable.

I hear it all the time: "I don't know why, but he's got it in for me," "She knows I'm right; she's just being a stubborn jerk," or "He's power hungry, wants to control everything. Well, he can't control me."

Who needs that when you're just trying to do your job, right? Well, I know you don't want to hear this, but there's a good chance those same people feel pretty much the same way about you.

Truth is, if you could be a fly on the wall when your work nemesis is venting about you to a friend or spouse, you'd probably hear him say more or less the same things about you. No kidding.

You see, when you've been around as long as I have, fate has a way of making sure you cross paths again with those people that, way back in the day, you just couldn't see eye to eye with. And you know what? Every time that's happened to me, we've both just laughed about how stupid we were. To this day, I've remained friends with some. I call them my frenemies.

Now, don't get me wrong; there are real jerks and nuts out there. I know. But until you get some distance from the situation and achieve a level of perspective, you simply can't tell if it's you, them, or just one of those things. Not until long after the fact. And neither can they because, like you, they're too close to the problem.

I can tell you all kinds of stories about situations with peers of mine -- we're talking VPs here -- we yelled at each other in meetings, bullied each other, hung up on each other, and avoided each other like the plague. Looking back on it, I absolutely could have and should have handled those situations better.

I never would have admitted this at the time, but many years later, I can see that I wasn't as mature as I could have been. I lacked the humility to consider that I might be wrong. I lacked the confidence to put myself in their shoes and see myself through their eyes. I was selfish, self-centered and yes, more than a little self-important.

Well, that was cathartic, but if I had the chance to do it over again, I'd just as soon avoid the whole mess. I'm sure you would too. To that end, here's my advice on how you should deal with an enemy at work:

Make them your frenemies. I mentioned there were relationships I let get out of hand, but there were others that I handled well. I did that by seeing my enemies as human beings and realizing that, even though we disagreed at work, they were still good people. We could grab some lunch, get together after work, even be friends. That somehow took the edge off when we came to blows in the office. It worked, big-time.

Don't react to words, actual or rumored. Even if they climb all the way up to your boss and back down to you again, just let it go. Words really can't hurt you. And if you can be the bigger person -- just take it and walk away -- management will see that you're the mature one. That will bode well for you, in the long run.

Get over yourself. That whole cathartic rant of a few paragraphs ago can easily be summed up like this: Get over yourself. Business isn't about you, the other guy, your relationship, or who wins and who loses. Business is about business, and the two of you are presumably paid to do a job. So put your big boy or girl pants on, let a little air out of that overinflated ego of yours, act like an adult and do your job. Really.

Can your boss text you when you're on vacation?

Why HR is blocking your promotion
Steve Tobak