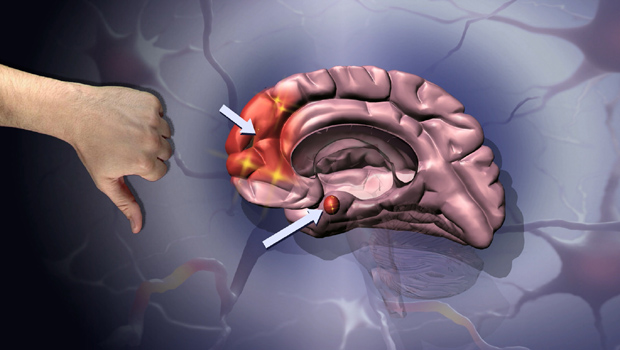 If Oscars are the pinnacle of Tinsletown praise, negative reviews by film critics surely are the depths. Worse yet, the sting of criticism has a proven staying power, giving new meaning to the song lyric "You must remember this." Tracy Smith reports our Cover Story:

In the 40 years that he's been writing books and movie reviews, critic Leonard Maltin has earned a slew of accolades. But those aren't what he remembers.

"I save all the reviews my books have gotten over the years. And I can cite the negative ones for you pretty much from memory," he said.

And the positive ones? "Not so much."

The fact is, criticism sticks. Beneath every designer outfit on the red carpet there'd better be a thick skin.

When asked how he takes it when a movie of his is panned, actor Christopher Walken replied, "You know, it's hard."

Kevin Kline said, "They're not writing them for us, and it's stupid for us to read them."

Kathy Ireland recalled, "A critic said I had a voice that could kill small animals. Not a real confidence builder!"

And that kind of pain is hard to shake for any of us. So why are the unpleasant things so unforgettable? Scientists call it negativity bias. The theory is that bad news makes a much bigger impact on our brains, and it's been that way since the caveman days, when our lives depended on being able to remember, above all, what could kill us.

Hanson, author of "Hardwiring Happiness: The New Brain Science of Contentment, Calm, and Confidence" (Harmony Books), wrote about ways to get past our built-in urge to think the worst. The trouble is, he said, "We've got a brain that's really good at learning from bad experiences. And it's relatively bad at learning from good experiences. That's why I say that the brain is like Velcro for the bad, but Teflon for the good."

And few people understand the power of bad as well as a film critic.

Smith asked Leonard Maltin, "Do you think about people's feelings when you sit down to review something?"

Sometimes, he replied, "because I've been criticized, too. But if I've just seen a really terrible movie that has offended me to the marrow of my bones, I'm not going to be thinking so much about their feelings."

Is there a line he won't cross? "There are times when I'll see a movie with an actress who is purported to be beautiful, and I don't like her looks. That's a line I don't think I should cross, and yet somehow I feel perhaps I should address it."

"Have you ever crossed that line?" Smith asked.

For others, there really are no lines. John Simon was a longtime critic for New York magazine -- a Harvard Ph.D. who maintained that anything up on the stage or screen was fair game for criticism.

In 1977, he reviewed Liza Minelli's Broadway show, "The Act," and criticized everything, including her face, writing that she had "blubber lips unable to resist the pull of gravity . . . and a chin trying its damned-est to withdraw into the neck."

There's so much more: in his review of 1976's "A Star Is Born," Simon wrote that Barbra Streisand's nose "cleaves the giant screen from east to west," and "zigzags across our horizon like a bolt of fleshy lightning."

Smith asked Simon, "Do you think about people's feelings when you write reviews?"

"Maybe a tiny thought, but not much," he replied. "I feel that a critic cannot afford to worry about how his review will affect an actor or a director or a writer. He has to write what he believes is the truth, and let the chips fall where they may."


The thing about criticism is that it really doesn't always roll off our backs.

At the University of California San Diego, Dr. Martin Paulus is looking into how negative words affect the brain.

"When you hear a criticism -- say somebody says to you, 'You suck as an actor' -- that word 'suck' immediately gets translated from hearing it as a word, to something that is a threat to you," said Dr. Paulus.

He says that at least two regions of the brain -- the amygdala and the medial prefrontal cortex -- work harder when processing criticism, and can keep the brain from doing much else.

"So it literally affects you to your core?" asked Smith.

"Absolutely, to your core."

Of course, there is such a thing as pushing back.

Consider the case of actress Sylvia Miles, a two-time Academy Award nominee, the first time for her role in 1969's "Midnight Cowboy."

Offscreen, she was active on the New York party scene. When critic John Simon reviewed her in a 1973 play, he referred to her as a party girl and gatecrasher.

Not long afterward, Miles spotted Simon at a party, and she happened to be holding a plate of food.

"I look up and he's standing right there," Miles told Smith. "Without further adieu and without even thinking -- I mean, I don't even remember thinking anything -- I just dumped it on the top of his head. I said, 'Now you can call me a plate crasher, as well.'"

Simon said, "That proves that negative criticism does stick with certain people."

"What went through your head when a plate of food landed on it?" Smith asked.

"Well, I said, 'Too bad, I would have liked to eat it. But now that it's been spilled all over me.'"

Despite the food fight, Sylvia Miles kept on working. And Simon, now 88, is still writing reviews (without apologies or regrets) as the critic for the Westchester Guardian. .

Smith asked, "Would you take back anything you've said about Barbra Streisand, Liza Minnelli, Sylvia Miles?"

"No, I would not, I think," he replied. "Repulsiveness remains repulsive, no matter what."

Tonight, the movie people will get picked apart, as will we all at some point.

But Sylvia Miles managed to put her memories in their proper place, and chances are, so can we.

Smith said, "One of the things that we're seeing is that our brains tend to remember the negative."

"Oh, absolutely, I couldn't agree with you more," said Miles. "But that's only if you allow that.

"But I've learned to find ways to see the positive side of everything. Because you stay healthier if you're happy and you're smiling and you feel good. And I'd rather get a laugh than a frown, you know what I mean?"