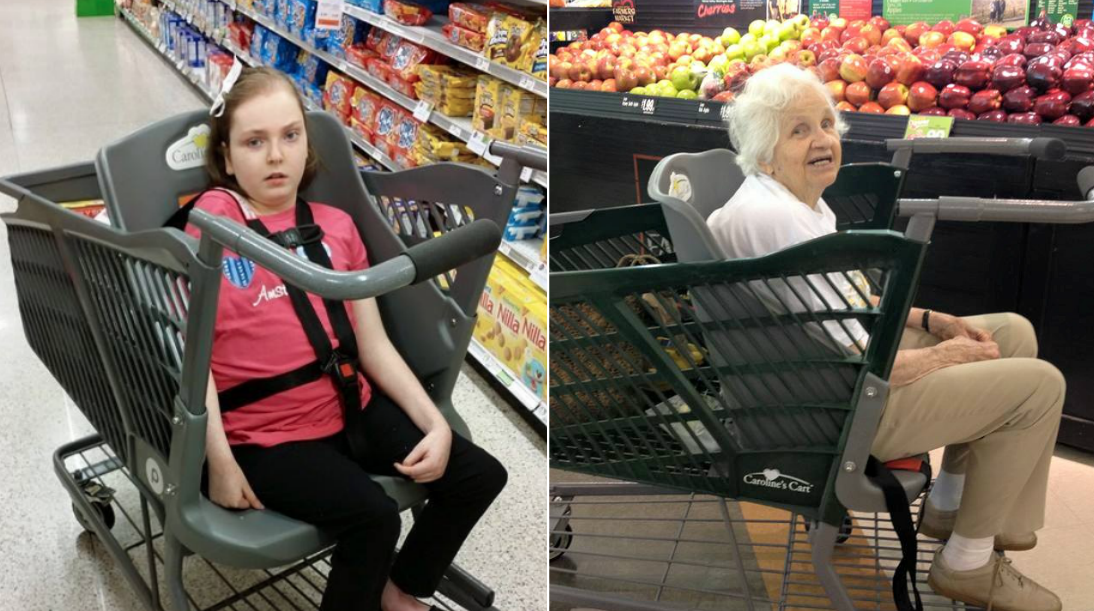 It took one frustrated mom and a scribbled idea on the back of a napkin to create something that thousands of people are now using around the world.

Eight years ago, Drew Ann Long was scanning a grocery store for a shopping cart when she realized her then 7-year-old wheelchair-bound daughter with special needs was outgrowing standard carts.

There was a cart for every other group out there -- carts for infants and toddlers, “fun carts” for young children, motorized scooters for the handicapped. But what about people with special needs?

It didn’t take long for the small-town Alabama mom to realize that this product simply didn’t exist.

So, she went home that night and sketched a design, thinking, “I can’t be the only mom who needs this.”

Afterward, she posted pictures of her idea on Facebook, and received an overwhelming response.

I wanted to give special needs families a “sense of normalcy which allows us to feel like that typical family -- even if it’s at the grocery store, even if its for 30 minutes,” Long told CBS News.

Inspired by her daughter, Caroline, who suffers from Rett syndrome -- a degenerative disorder -- Long got to work.

She designed the cart, applied for a patent and found advisers to help bring her cart to market.

“We had to rally the troops and communities to say, ‘Go to your store and tell them you need Caroline’s Cart for your special needs child,’” Long explained. “We really had to convince retailers.”

“It just about could have bankrupt[ed] us,” Long said. “We took money out of retirement, my husband lost his job -- and in the high of this, Caroline was in and out of hospital. You name the hurdle, we had it.”

Eventually, the mom found a manufacturer and started getting orders for Caroline’s Cart.

Now the specially designed cart is in Target stores nationwide; it’s also in Walmart, Home Depot and several other locations, including stores in five different countries.

The majority of stores featuring Caroline’s Carts have at least two.

And Long’s happy to hear that the carts, which can support a weight of up to 250 pounds, are helping seniors with disabilities as well.

“From helping a woman with Alzheimer’s to another with hip surgery, it has been wonderful,” she said.

The mom said she won’t stop working until she sees a cart for people with special needs in virtually every store.

“If you’re going to make accommodations for the typical family, that same accommodation should be extended to those who have a disability,” Long said.