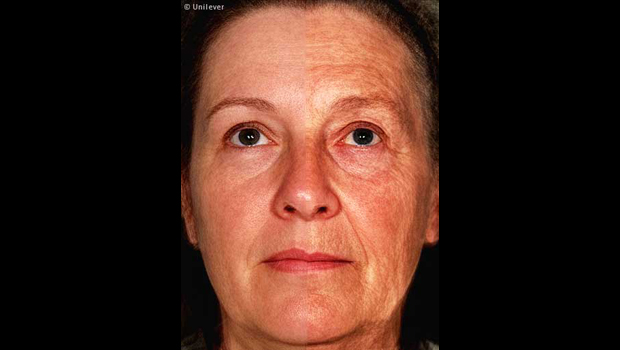 Variations in a particular gene may help explain why some people appear more youthful than others, researchers say.

The gene, known as MC1R, is already well known for influencing skin and hair color. Certain variants of MC1R are more common in people with red hair, pale skin and freckles, the researchers said.

Now, a new study suggests those same variants affect "perceived age" -- that is, how old you appear to other people.

The researchers found that older adults who carried the "risk" variants of MC1R typically looked two years older than their peers who carried none of those variants. And the connection was independent of their skin tone or whether they had visible sun damage -- such as dark spots or wrinkles.

Instead, the gene variants were linked to signs of aging other than wrinkles, said Dr. Orit Markowitz. She is director of the pigmented lesions and skin cancer program at Mount Sinai Hospital in New York City.

People may think wrinkles are the telltale sign of aging, but changes in "face shape" -- like a sagging jaw line -- are important, too, said Markowitz, who was not involved in the study.

She called the findings "very interesting," and said they potentially point to one piece of the biological "fountain of youth."

Of course, said David Gunn, one of the researchers on the study, there is no single youthfulness gene, and many factors affect how your looks change with age -- including genes and lifestyle.

"This one gene variant only has a small effect on facial aging overall," said Gunn. He is a senior scientist at Unilever, the United Kingdom- and Netherlands-based consumer goods company.

"I would encourage people to focus on their lifestyle rather than worrying about their genes," Gunn said. Those lifestyle measures include not smoking, avoiding excessive sun exposure and eating a healthy diet, he noted.

For the study, Gunn's team combed the genomes (complete DNA) of nearly 2,700 older Dutch adults, looking for genetic variants that were linked to people's perceived age. A group of "assessors" rated each person's age based on a digital facial image.

It turned out that people who carried two copies of a "risk" variant of MC1R looked two years older, on average, than people of the same age who did not carry any of those variants.

Since those same variants are common among people with fair skin, it might seem the explanation would lie there, according to Gunn. Pale skin is more prone to sun damage and the consequent signs of aging.

But, his team found the MC1R variants were tied to faster facial aging regardless of skin tone or evidence of sun damage.

Gunn explained that although the variants are common among people with fair skin, people with a darker complexion can also carry them.

Plus, the gene mutations were mainly linked to signs of aging other than wrinkles -- such as thinning lips and sagging skin along the jaw.

"This suggests the gene is affecting facial aging through some unknown route," Gunn said.

The MC1R gene is linked to other biological processes, including repair of DNA damage, Gunn pointed out. But it's not clear whether that explains the gene's connection to facial aging, he said.

Since the study participants were all older white adults, no one knows if the genetic findings would be the same in other racial groups or in younger people.

Gunn speculated that a 40-year-old carrying the "risk" variants might look slightly older, but probably not by two years.

The study was published in the April 28 online edition of the journal Current Biology.