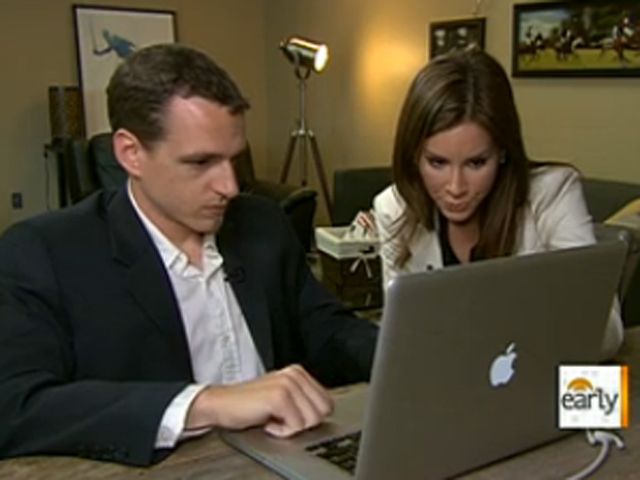 Identity theft and credit card fraud are among the fastest-growing crimes in the nation, with losses in the billions of dollars each year, according to the U.S. Secret Service. Recently, "The Early Show" got a firsthand look at the cat-and-mouse game between federal law enforcement and the online criminals who have evaded capture.

For more than three years, 30-year-old Dan DeFelippi spent, he says, "all day, every day" in chat rooms, trying to cash in on other peoples' credit cards on his way to becoming a professional hacker and personal identity thief.

He told "Early Show" co-anchor Rebecca Jarvis, "Most of the stuff I did was straight credit card fraud. But I did do some identity theft, where I opened accounts in (other) people's names."

DeFelippi said he felt empowered by his ability to get what he wanted: "I mean, there was some power to it, you know, knowing that I could walk in a store and walk out with whatever I wanted pretty much for free."

DeFelippi said he spent more than $500,000 on other people's Discover, Visa and MasterCard credit cards.

But his high-end shopping spree came to an abrupt end when authorities tracked him down through a fake card he'd created. In exchange for a lesser sentence, he agreed to pay back all the money he stole and work with the Secret Service in breaking up cyber gangs.

DeFelippi said, "I had actually worked with them for two years doing training, teaching them how these online communities work."

Catching criminals like DeFelippi is a major priority for A.T. Smith, assistant director for investigations at the U.S. Secret Service. Smith calls credit card fraud in the U.S. "large" and "pervasive."

Smith said, "Certainly, with the continued use of technology and the Internet, it has become even more of a problem over the last several years."

So who are the perpetrators of these cyber-crimes?

Smith said, "They could be sitting next door behind a keyboard there or they could be on the other side of the world, quite frankly. One of the things that cyber-crime, credit card fraud and the like, has made it easy for is the kind of person that doesn't actually have to go out and break into your house."

When "The Early Show" met DeFelippi, he showed just how quickly and easily someone can purchase credit card and other personal information just by going online.

He explained you can simply buy someone's credit card information in a chat room.

How much is your information worth?

DeFelippi said, "It can cost anywhere from a dollar to maybe $20, depending upon the type of card, the information that comes with it, and how many you buy. The more you buy, the cheaper it gets."

Jarvis and DeFelippi located one woman's credit card number, along with the expiration date on her card and her secret identification number.

"The Early Show" tracked her down to warn her that her financial information was compromised.

She told "The Early Show," "It's unnerving. It's my identity and it's for sale on a website, so it's really scary, and it definitely makes me think about what I'm going to have to going forward to prevent this from happening again."

For Smith and his agents, staying one step ahead in the virtual world is no doubt their biggest challenge in the real world/

"For every advance we make," Smith said, "the criminal is able to find a way very often to perpetuate their crime and continue their efforts, so it's always a game of back and forth."

On "The Early Show," Jarvis shared these tips: