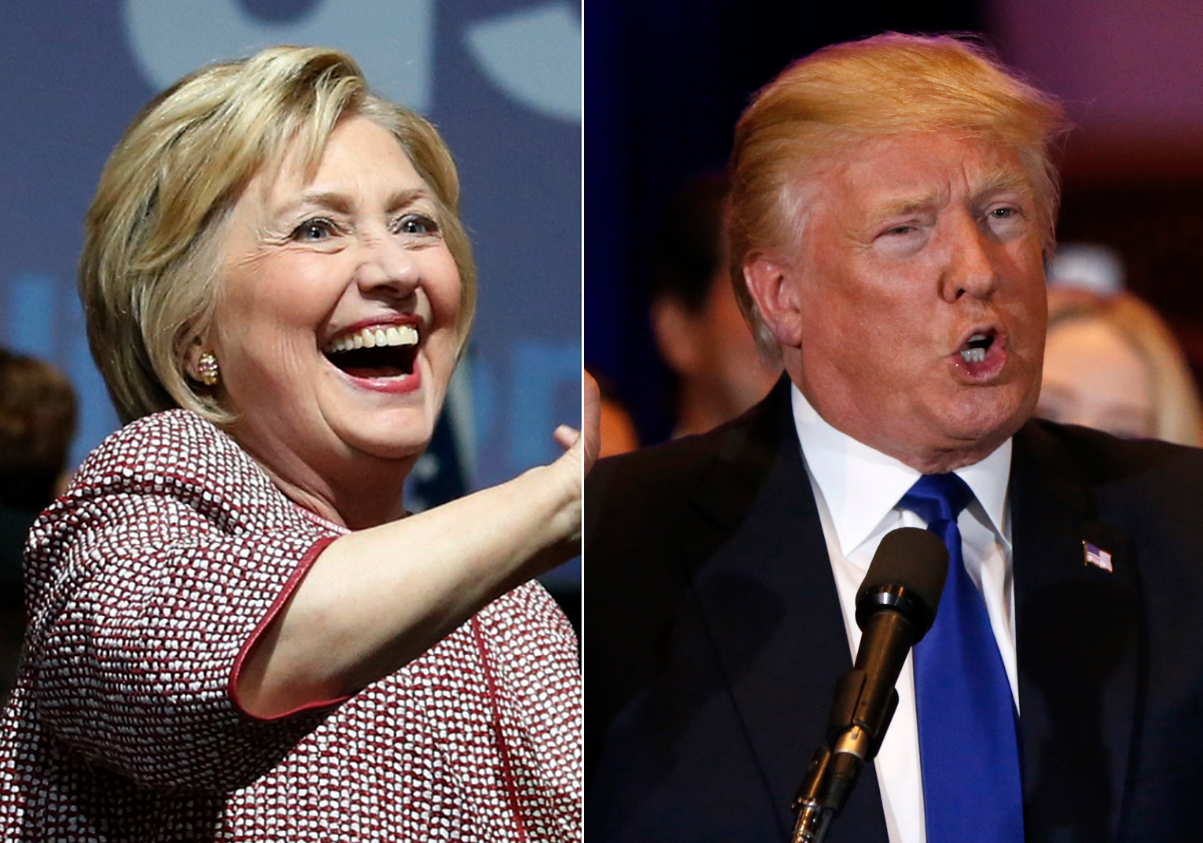 A Big Day for Donald Trump and Hillary Clinton

Solid wins in the New York primaries by Hillary Clinton and Donald Trump gave both of their campaigns much needed boosts. Trump beat his two rivals convincingly, with a broad support across a range of demographic groups of Republican primary voters. Clinton beat Bernie Sanders by combining strong support among minority voters and women, while containing Sanders' support among the very liberal groups that he has fared better with in previous Democratic primaries.

A Strong Showing for Donald Trump in His Home State

Trump ran strongly among a broad range of New York Republican primary voters according to results from the CBS News New York exit poll. He did almost as well among women (59 percent) as among men (63 percent). He did somewhat better among older voters but he got half of the votes of those under 45. As in previous contests, Trump did better among Republican primary voters with less than a college education (he won 66 percent of their votes) but also did significantly better among voters with a college degree than in any previous contest (55 percent).

Consistent with results from previous Republican primaries, a large majority of voters (64 percent) said that they want the next president to be from outside the political establishment: Trump got 85 percent of those voters.

Republican voters were also most likely to think that Trump had the best chance of beating Clinton in November (58 percent). Twenty-four percent said Kasich had the best chance, and only 12 percent thought Cruz was the strongest candidate.

A Night to Forget for Ted Cruz, and a Little Better News for John Kasich

New York was not a friendly environment for Ted Cruz, where only 24 percent of GOP primary voters consider themselves very conservative and the same percentage say they're evangelical Christians. Even though these voters have made up the core constituency for Cruz in Republican primaries this year, Trump beat him handily in New York among very conservative Republicans (62 to 26 percent) and among evangelical Christians (52 to 24 percent).

There were really no bright spots for Cruz in the New York primary Tuesday. When asked how they would feel about a Cruz presidency, 40 percent of primary voters said they would be concerned, and 20 percent said they would be scared. These are significantly higher levels of negative feelings than voters expressed for either Trump or Kasich.

While Donald Trump won a convincing victory in the New York, the exit poll results reveal some potential problems for the GOP. The contentious nomination process is clearly affecting Republican voters. The exit poll asked voters if the campaign had mostly energized or divided the party. Six in 10 said that it had mostly divided the party. Only 37 percent said that it had energized the Republican Party.

And, in what could be considered a clear signal to those Republicans who hope that Trump falls short of the 1,237 delegates he needs to win the nomination on the first ballot at the national convention, so that Cruz, Kasich, or someone else could emerge as the nominee, 70 percent of GOP primary voters in New York said that if no one wins a majority of the delegates before the convention, the party should nominate the candidate with the most votes in the primaries.

Clinton Turns Back a Strong Challenge from Bernie Sanders

Clinton ran more strongly among women than men, the Democratic exit polling shows. Overall, she was supported by 61 percent of women voters but only 48 percent of men. Among white voters she received 54 percent of women's votes and 42 percent from men. Sanders just edged Clinton among white voters (51 percent to 49 percent for Clinton). Clinton ran strongly among non-whites, getting 67 percent of their vote. She beat Sanders 75 percent to 25 percent among African Americans and 63 percent to 37 percent among Hispanics.

Clinton has been attacking Sanders' record on gun control, and 59 percent of primary voters said that Clinton would do a better job handling gun policy; 37 percent said that Sanders would. New York Democrats were split on whether foreign trade helps or hurts U.S. jobs. Sanders ran better among voter said that trade hurts U.S. jobs, yet not by as large a margin as in some previous primaries (53 percent for Sanders to 47 percent for Clinton). Given the emphasis Sanders has placed on free trade, it is somewhat surprising that he did not do better among this group.

The repeated Sanders attacks on the financial industry did resonate with Democratic voters in New York. Sixty-three percent said that Wall Street does more to hurt rather than help the U.S. economy and Sanders got 56 percent of the votes of this group. However, Clinton's 44 percent vote share among this group is again a bit surprising given the emphasis Sanders has given this issue and his core arguments that Clinton is too close to the big Wall Street companies.

Not as Many Hard Feeling among the Democrats

But there are still some barriers to overcome. About 3 in 10 voters who supported Sanders said they would not vote for Clinton if she were the nominee and about the same number of Clinton voters indicated they wouldn't support Sanders if he got the nomination. However, the negative feelings on the Democratic side are not nearly as deep-seated as the exit poll reveals among Republicans.

The outcomes of the New York primaries not only increase the delegate leads for Trump and Clinton, they may suggest good news for both candidates next week. Primaries in Connecticut, Delaware, Maryland, Pennsylvania, and Rhode Island do not look very hospitable for Ted Cruz. He needs strong support from very conservative and religious voters to compete with Trump. It's not clear he'll find enough voters like this in the upcoming states. And it will be interesting to see if Clinton can again minimize Sanders' strengths among the young and very liberal voters that he needs to score big enough wins to catch her in the delegate count.