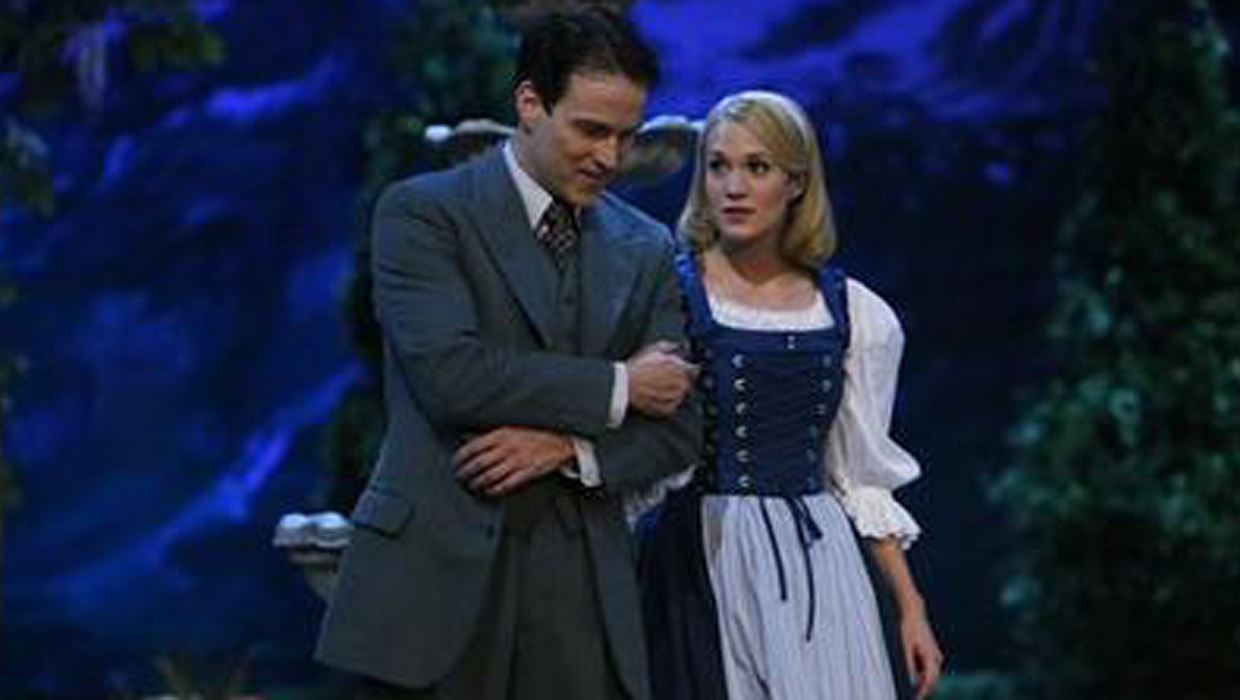 Whew, that was nerve-wracking, right? All those kids and staircases, pillow fights, candles and dancing. But somehow the cast and crew of NBC's three-hour live telecast of "The Sound of Music" pulled it off Thursday night with only a trodden-on dress, some inconsistent sound levels and a flubbed few words.

This was the first time in more than a half-century since a broadcast network dared to mount a full-scale musical for live TV and there seemed to be danger everywhere, making it impossible to stop watching in case one of the von Trapp kids tumbled into a fountain or a camera accidentally exploded. But it was all whiskers on kittens and warm woolen mittens, for the most part.

And it got the ratings to back that up. Nearly 18.5 million viewers tuned in to the live telecast, making it NBC's best Thursday average, excluding sports programming, since the series finale of "Frasier" aired in May 2004, which is definitely something to sing about.

But despite its winning numbers, the show was not without its flaws, mainly coming from the reason most people tuned in: Carrie Underwood. The "American Idol" winner and country music star, sang well as Maria, but her acting inexperience was laid bare. She had zero chemistry with her love interest and lacked any intensity or shading. Deer in headlights have emoted more. How do you solve a problem like Maria, indeed.

Underwood was done no favors by being surrounded by some Broadway veterans -- Christian Borle, Laura Benanti and Audra McDonald, especially -- who thrive under the lights and pressure. This is what these Tony Award winners do for a living and it showed. It was like watching a Nissan Sentra try to drag race with a pack of Bugatti Veyrons.

Full credit goes to Underwood for trying, though. She was not just dancing and singing live in front of millions in a medium she is a novice at, but she also was stepping into the role made famous by Julie Andrews in the 1965 film. As if that wasn't enough, it was also only a few hours after the death of Nelson Mandela. Theater lovers mocked her on Twitter but the only reason we got to see "The Sound of Music" on TV was Underwood. No one is about to build a live network musical around a Broadway star, alas.

Viewers who tuned in hoping to catch the film version may have been surprised at what was broadcast from a Long Island soundstage. This show was based on the stage original, penned as a vehicle for Mary Martin, not the Andrews film. It includes several songs that were left out of the movie -- "No Way to Stop It" and "How Can Love Survive" -- and is darker, with more Nazi presence.

The directors -- Tony-nominated director and choreographer Rob Marshall and Emmy-nominated "Saturday Night Live" and "30 Rock" director-producer Beth McCarthy-Miller -- used all six sets efficiently and the dozen cameras worked hard, catching close-ups as well as sweeping shots. But it was often strangely lifeless, with the crack and zing of being live rarely transmitting through the screen.

Borle was arch and wonderfully slimy as Max, Benanti was glamorously witty as Elsa, and McDonald was a majestic Mother Abbess. Michael Campayno as Rolf was a natural though he's still in drama school and Ariane Rinehart was a winning Liesl. Stephen Moyer, who is primarily known for his work on HBO's "True Blood," was a particularly stern Captain and more than a few people watching would probably have liked him to ditch the nun drop-out and stay with Benanti.

But Carrie Underwood was the star and she gets her man in the end, but it was Borle, Benanti and McDonald who showed the world how to hold a moonbeam in your hand.