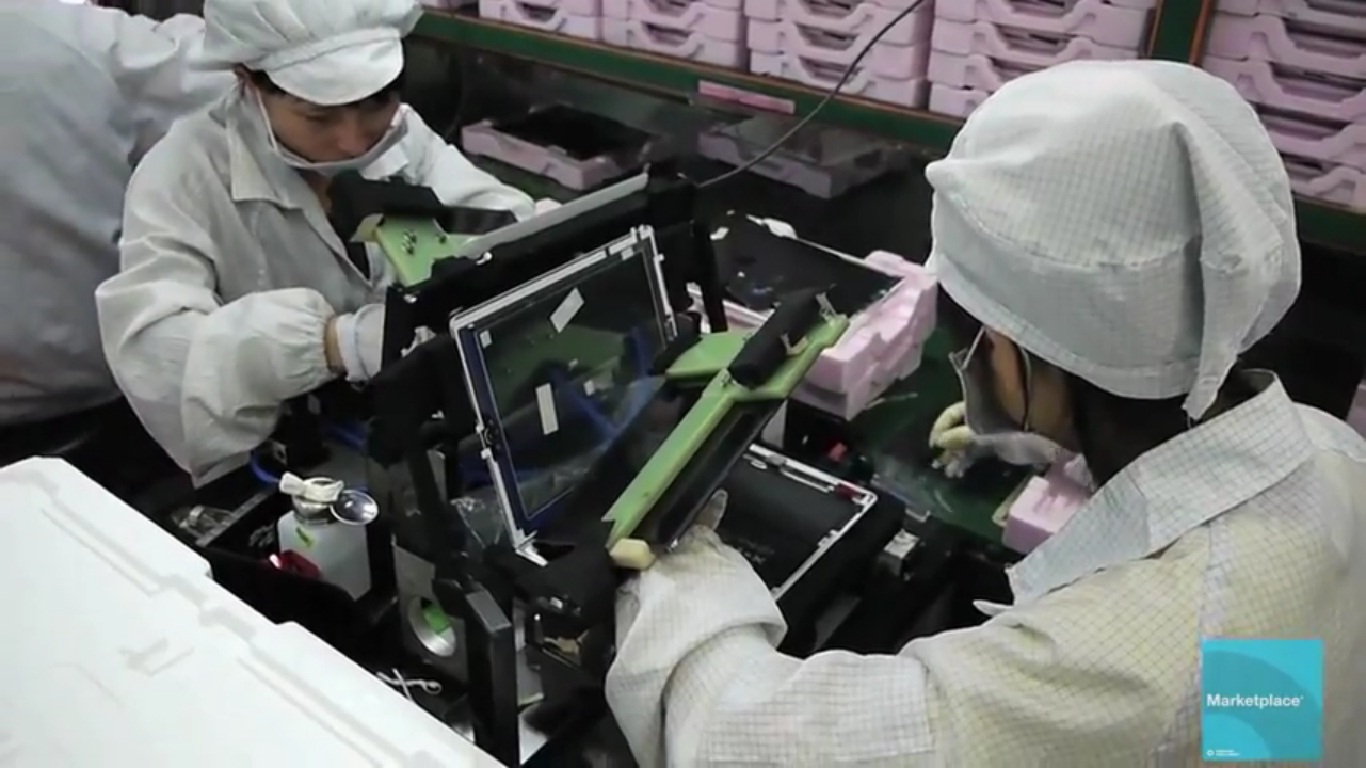 (CBS News) In a recent episode of the American Public Media program "Marketplace," journalist Rob Schmitz took a camera crew inside Foxconn to see how Apple iPads are made.

The video shows a number of key steps in the process of making an iPad - starting with employees beginning their day at the Foxconn factory in Shenzhen, China and ending with packaging the tablets for shipment. Schmitz reports nearly a quarter-million laborers work in the factory that makes Apple's popular tablet.

Schmitz's account of the factory puts Foxconn's tarnished reputation into perspective. While there are legitimate claims of negligence at Foxconn, there were a few testimonials stating that company is one of the better places in China to work and pays employees on time - unlike other Chinese factories.

Apple and Foxconn have been scrutinized for poor working conditions in China. Attention to the issue began gaining momentum after the public radio program "This American Life" featured a harrowing account of conditions at Foxconn by American author Mike Daisey.

Soon after the episode of "This American Life" aired, the New York Times published an in-depth series of investigative reports of Foxconn working conditions. The reports were damning and sparked a firestorm of media attention and petitions demanding Apple to put pressure on Foxconn to improve working conditions.

Schmitz is "Marketplace's" China correspondent in Shanghai and played a central role in uncovering fabrications in Daisey's story. "This American Life" retracted the Daisey episode in March.

In March, the FLA released a report on working conditions of three Foxconn factories, in Guanlan, Longua and Chengdu. A spokesperson for the FLA told CBS News in March that Foxconn has agreed to comply with FLA standards by July 1, 2013.

The video posted Wednesday of how iPads are made inside Foxconn is part of a two-part of series on "Marketplace." Schmitz paints a complex picture of Foxconn and China's labor market. Part two of the report airs Thursday.

The long and short of penile extenders