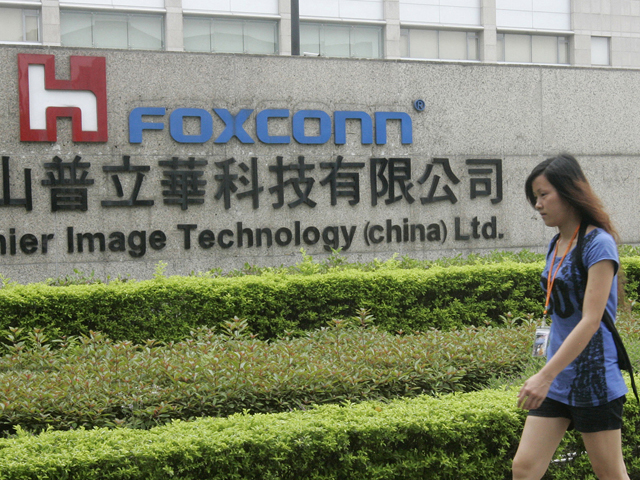 (CBS News) A recent report by CNN delved deeper into the conditions of laborers at a Foxconn factory in Chengdu, China.

When CNN reporter Stan Grant met with an 18-year-old factory worker referred to as "Miss Chen," he introduced her to the product that she's spent long hours assembling for the first time. The young woman was astonished by the Apple iPad and exclaims, "Wow, I want it." Chen's job is to install iPad screens, but she's never seen the finished product.

This latest report of factory conditions at Foxconn reiterates a recent New York Times expose that delved into the dark side of manufacturing Apple products.

Foxconn manufactures over 50 percent of the world's electronics. The factory's client list includes corporations like Apple, Microsoft and Samsung. The company has been scrutinized for a spike in suicides in 2010, factory explosions detailed in the Times article and covering up poor working conditions during audits.

Recent allegations lift the blame from the factories and point it at Apple. Geoffrey Crothall of the non-governmental agency China Labor Bulletin blames the disparity between Apple's profits and Foxconn's compensation.

"These companies are making huge profits but workers feel that they are not getting a fair share," Crothall told CNN. "But just because Apple is making a profit doesn't mean they are passing that onto Foxconn; the margins are slim."

In its defense, Apple's labor standards are higher than the industry standard and have increased the number of audits they performed last year. It's worth noting that Apple isn't the only company benefitting from the cheap labor overseas. However, the counter argument is that Apple is a leader in the industry and must set the bar even higher for itself.

In response to CNN, Apple released this statement.

"We care about every worker in our worldwide supply chain. We insist that our suppliers provide safe working conditions, treat workers with dignity and respect, and use environmentally responsible manufacturing processes wherever Apple products are made. Our suppliers must live up to these requirements if they want to keep doing business with Apple."

One of the main issues companies face with Foxconn is that no other factory in the world is large enough to produce electronics at the same pace as world-wide demand. There is no magic bullet that will improve factory conditions, deliver electronics at a lightening-speed pace and keep costs down.

See what Earth looked like 500 million years ago
Chenda Ngak