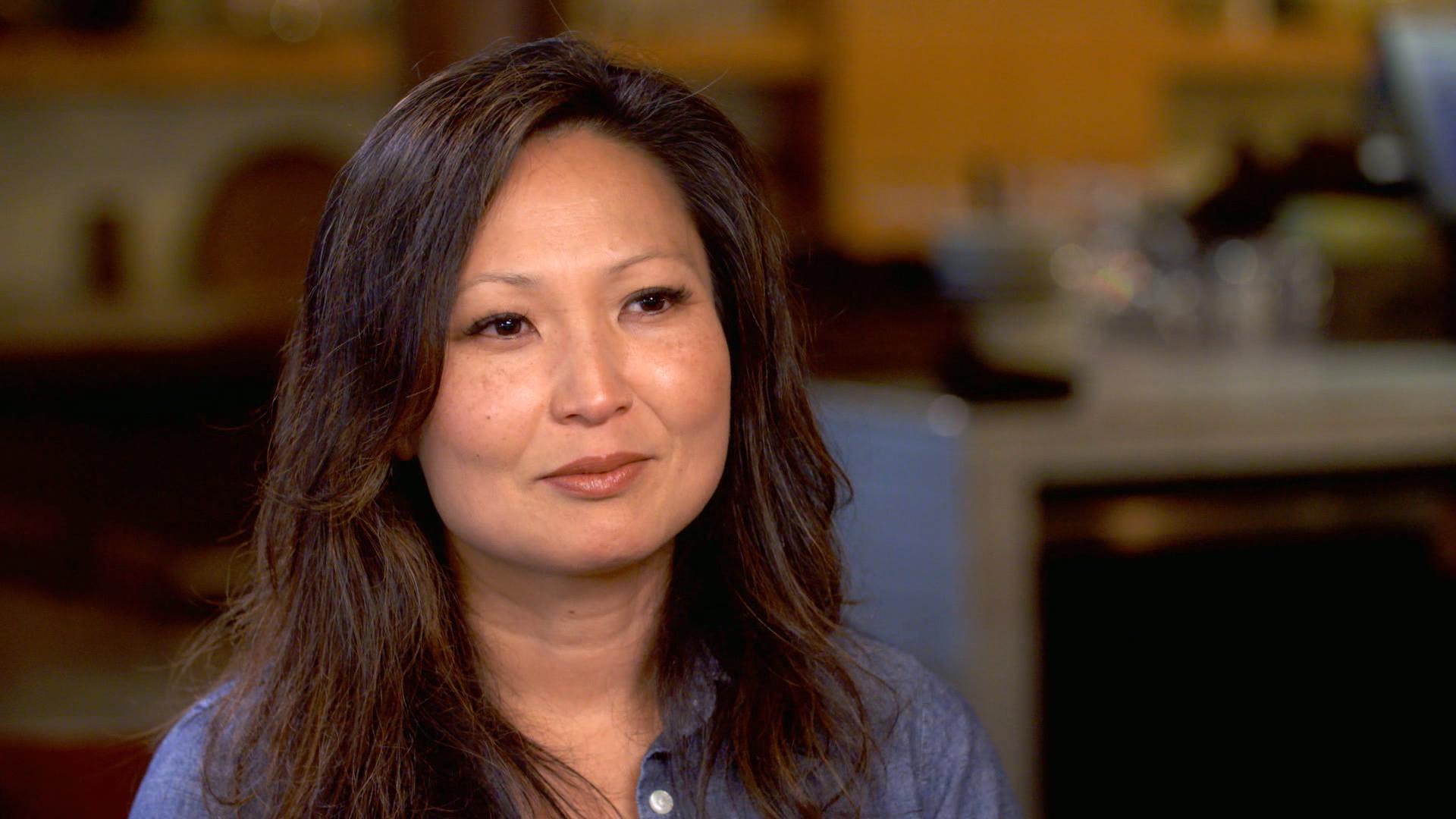 "So this is Young Joni," Chef Ann Kim says, referring to her restaurant. "If you come to eat here, it's a culmination of my palate, what I love to eat. I think you can really feel what my heart and soul is."

The dishes include pork belly ssam, the Korean word for wrap, Korean BBQ short ribs, and pizza with beef that's topped with a gochujang vinaigrette salad.

"This is a childhood favorite of mine," Kim told Dana Jacobson for "CBS This Morning Saturday." "My mother used to stick Japanese sweet potatoes in our fireplace when we were little. And we'd take 'em out of the coals, unwrap them and eat them like candy. And I loved that treat."

Kim immigrated to the U.S. in the late 1970s when she was four years old.

"CBS This Morning": There's an app for that

"It's really my maternal grandmother who raised us because both my parents worked sort of graveyard shifts," Kim said. "I was always by her side when she was cooking. I always wanted to help. I always wanted to stir the pot when something was boiling. And it was just a part of my-- my upbringing."

Kim said she was a class clown growing up. Her parents, who worked multiple jobs, wanted a better life for her as a doctor or lawyer. For college she headed to New York City.

"When I got into Columbia, I thought, 'OK, the parents are good with that.' But my ulterior motive was I was gonna start acting and someday my name would be up in lights. And I'd be on Broadway," Kim said. "And so ironically, I got my head-shots done in New York. And I moved back to Minneapolis and I started an eight-year acting career back home."

Kim appeared in productions ranging from Shakespeare's Othello to promotional videos. But she was tired of the uncertainty of acting when, in 2007, her boyfriend, now husband, Conrad Leifur lost his job in finance.

He suggested Kim open a restaurant.

"I'm the risk-taker, and my job was to basically push Ann over the-- over the cliff," Leifur said.

Kim missed New York pizza and wanted to bring it to Minneapolis. She began reading books on baking before studying under Tony Gemignani, a 13-time world pizza champion, in San Francisco.

After Kim and Leifur walked their dog by an empty convenience store in 2009, they knew where they would open their first restaurant. They emptied their savings and maxed out their credit cards to open Pizzeria Lola.

Just more than two years later they opened Hello Pizza, a New York-style slice shop like she remembers from college.

But their most ambitious project is Young Joni, which they named after each of their mothers. The roughly 7,000 square foot restaurant includes a back bar speakeasy modelled after Leifur's family cabin in North Dakota.

"Creativity has always driven me," Kim says. "To me, I just left one stage,the theatre stage for another stage."

Kim, the aspiring actress turned professional chef, was recently named a semifinalist for the James Beard Awards after being a finalist one year ago.

"They call it the Oscars of food," Kim says. "So, if I wasn't gonna get that Oscar on the stage or behind the screen, I was gonna get it-- you know, hopefully get it somehow."

But for Kim, it's not the trophies that count most.

"All of those things, are really, really nice and it's an honor, Kim says. "But it's really about the people that fill the seats and love what we do."