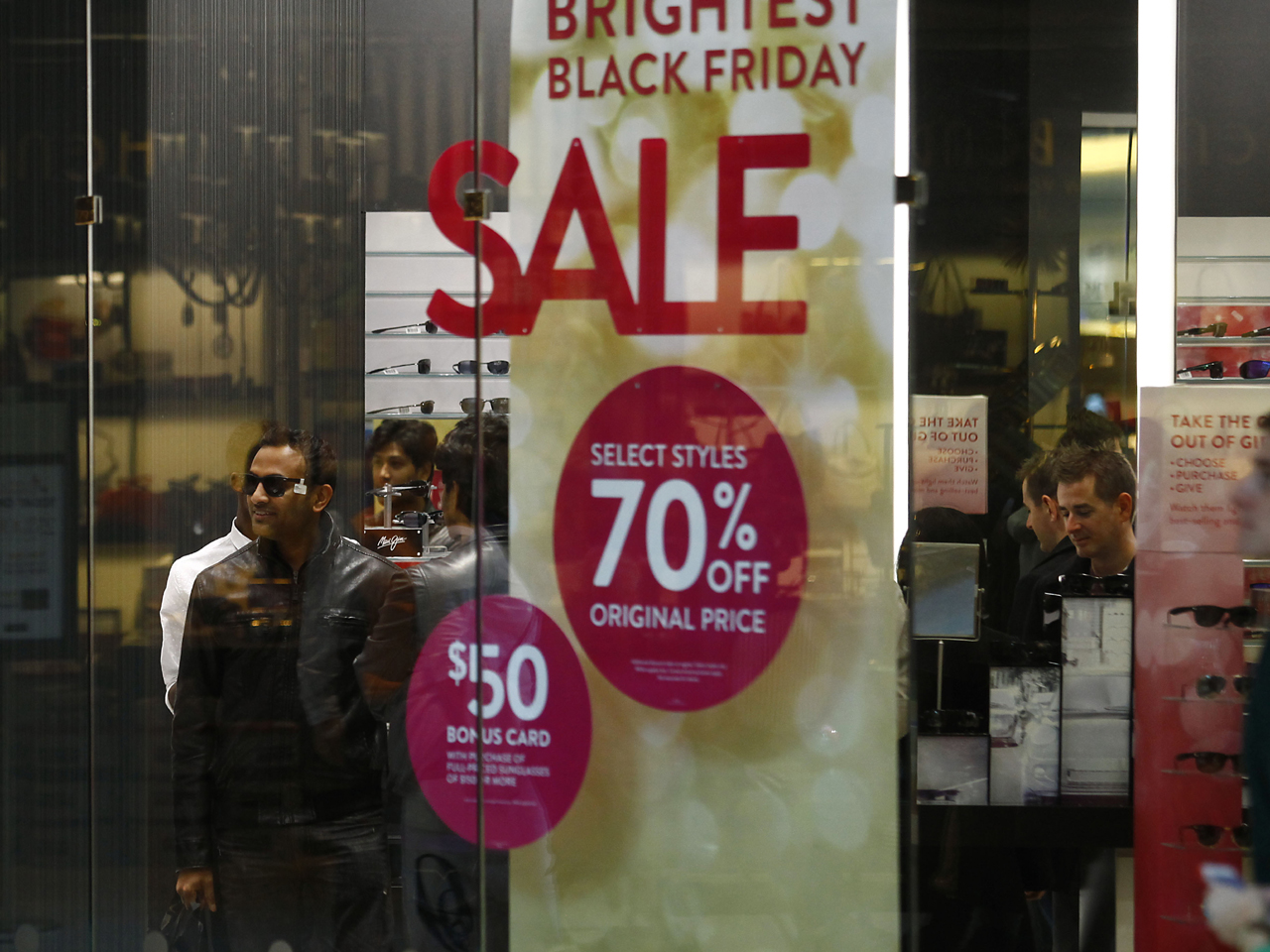 (CBS News)     'Tis the season . . . for a SALE.  Once a special occasion, storewide markdowns are becoming commonplace, and savvy shoppers know just when to pounce.  Our Cover Story is reported by Mark Strassmann:

Black Friday, retail's Super Bowl of super sales, has become an everyday mindset. In the great shopping bazaar of America, everything better be marked down.

"You're an idiot if you pay full price for anything, ever," said journalist Mark Ellwood, "because everything goes on sale."

Ellwood is kidding about the word idiot, sort of. But the author of "Bargain Fever" is serious about helping shoppers find real bargains.

"Ten years ago, retailers sold between 15 and 20 percent of their inventory at some form of promotion," Ellwood said. "Now they sell between 40 and 45 percent, and that number is rising. We are heading to a situation where a sale is more normal than a full price."

Shoppers used to be happy with sales of 10 or 20 percent off. No more. Shoppers' eyes light up when they see 50 percent, or more.

What really lights up is your brain.

"We're chemically programmed to respond to sales," said Ellwood. "There are hormones in our brain that activate when you see a sale. The chemical that triggers that reaction is one of the biggest chemical rewards we have. The more you make someone feel good about a sale, the more they'll come back."

So merchants are trying to trigger a dopamine response?  "Exactly," Ellwood said.

Respectable socialites have elbowed each other aside for a $6,000 handbag at 70 percent off.

"These folks can afford to pay full price, so why?" asked Strassmann.

"So even the wealthiest people in New York want the deal?"

Shelly said her customers feel it's very important they be the first to get the best deal possible.

"So they can tell their friends?" Strasmann asked.

"No, no, no, no!"  Shelly and Renee both replied."That's a little secret for them. It's their secret pleasure."

And the next shopping secret is as close as your laptop. Finding online bargains is such a way of life, this year's Cyber Monday after Thanksgiving was the biggest single online shopping day ever, with more than $2 billion spent.

"There's a phenomenon known as 'showrooming,' where you'll go into a brick and mortar store, you'll see an item you like, and then you're treating the store like a showroom. You look on your phone and you try to find a better deal."

The art of the deal in modern retailing began during the Industrial Revolution in Europe.

"There were no price tags," said Ellwood. "You didn't need them -- you haggled. But as we all know, the middle class is a little ashamed of not seeming rich enough. And just as the middle class was being smelted in all the Industrial Revolution in Europe, a very smart shopkeeper in Paris thought, 'Oh, I know how to take advantage of this.'"

That Frenchmen, Aristide Boucicaut, created fixed pricing in the 1860s at Le Bon Marche, the world-famous department store. Once his price tag was born, it was destined to be slashed.

Customers longed for deals, and the coupon (Coca-Cola's brainchild in 1886) helped slash those prices. By the 1970s, 75 percent of Americans were clipping away -- and bargain-hunting at new chains like Wal-Mart, K-Mart and Target.

"People feel good when getting discounts 'cause it's great to know you got a good deal," said Kevin Bryant, a district team leader with Target. Bryant says, these days, customers drive down prices not only with coupons but phone apps, online shopping and rewards cards.

"Our guests are more savvy than ever, they're more educated than ever," he said.

Target woos them with an image of cool products at low prices.

"For the millennials or a mom at home with kids wants to feel hip, wants to feel trendy, but wants it at a reasonable price," he said.

Barbara Burns is one of those stay-at-home moms that target Targets -- and she doesn't mind calling herself "cheap."

Strassmann asked, "When was the last time you paid full price for something?"

The Atlanta wife and mother of two bargain-hunts relentlessly, in stores and online. She'll buy gifts for ten people this Christmas. Her budget is $300.

What would be the value of the gifts that she gives? "Maybe three times that, so about $900," Burns said.

She happily haggles. She did when she bought her refrigerator -- knocking the price down another $400. And, she said, she feels better about her fridge every time she opens it

It may make you feel better, but what's the real deal?

He said the typical markup on a product might be as big as 70 percent: "It's astonishing to realize that if something costs a hundred bucks, it could have cost $30 as a raw cost," Ellwood said. "But that $70 is both to build in huge amounts of marketing costs and also to build in that anticipated discount. Remember, markups are now there to allow stores to offer you a promotion."

And any way you turn, chances are you will see red.

"Red is the first color to hit our eyeballs. It's the shortest wavelength, so it literally hits us first," said Ellwood. "It grabs our attention. As the population ages, there's a sort of yellow sheen to the world, the color that will be easiest to discern is red. So with an aging population, there'll be more and more red, because it genuinely is the color that our eyes find easiest to see."

"People don't want 'fair prices,'" said Ellwood. "They want to feel like they've gotten one over on the store."

But there are exceptions. Forget about getting anything over on Louis Vuitton, the luxury French fashion company. It's one of the only major brands that never discounts anything.

Anywhere else, though, and Ellwood believes every day should be Black Friday:

"When you're paying full price, you're letting yourself down, because it's really easy to get a sale," he said. "And it's also really fun. You didn't know it was dopamine surging through your brain. But you still come out of the store, and you're grinning, and you're thinking, 'That was amazing.' We should have that moment all the time."

Martha Teichner takes the field at the University of Georgia with one of the football team's biggest stars - their bulldog mascot, Uga