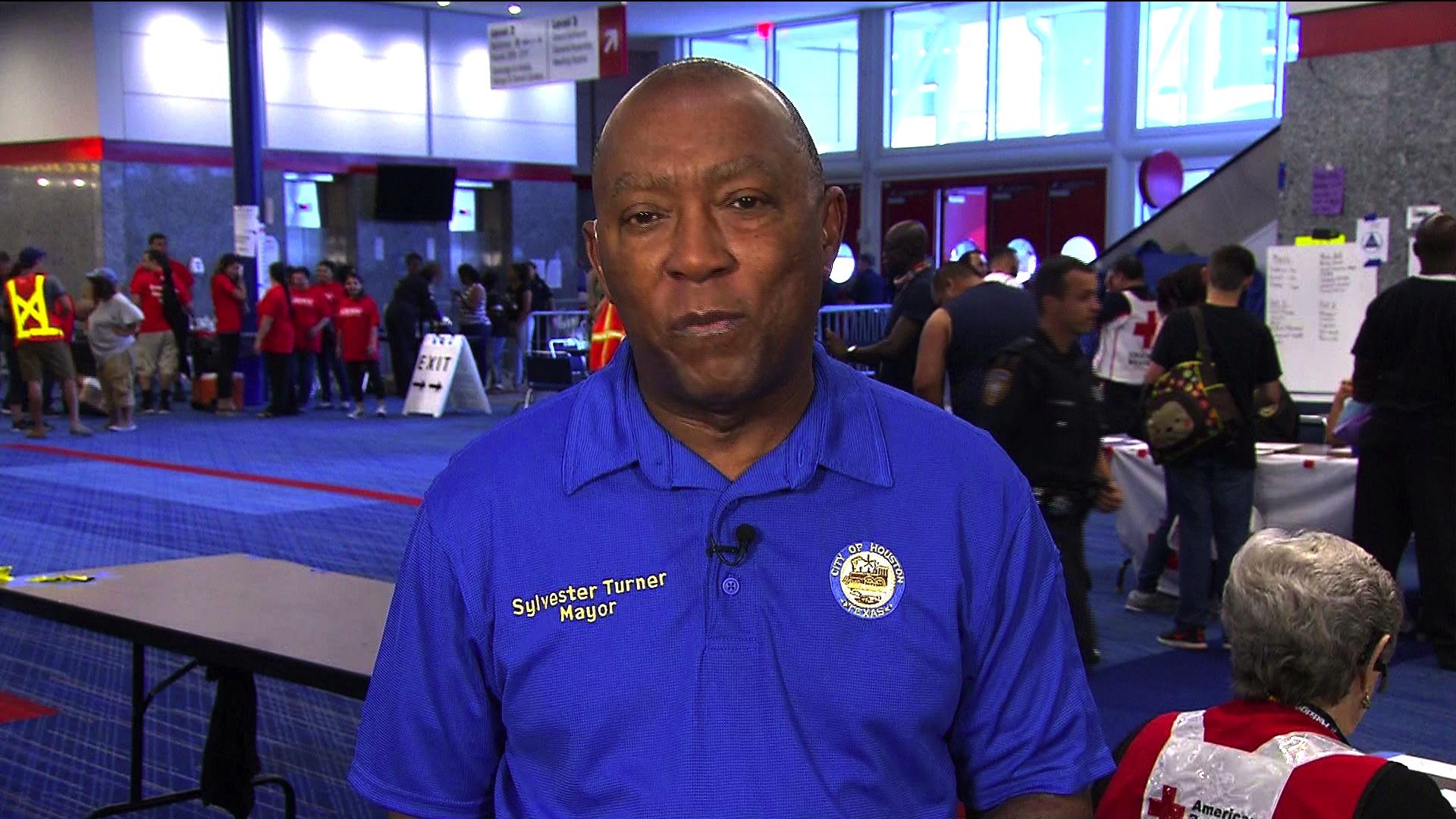 HOUSTON -- As Houston starts taking steps on a long road to recovery in the wake of Hurricane and Tropical Storm Harvey, Mayor Sylvester Turner says the city is "open for business."

"Anyone who was planning on a conference or convention or a sporting event or a concert coming to this city, you can still come. We want you to still come," Turner told CBS News' Margaret Brennan on "Face the Nation" Sunday.

Turner said the city's water system is safe and the electric grid "is pretty much sound."

"Let me be very, very clear: the City of Houston is open for business," he said.

Turner also said that all city employees are due back at work on Tuesday.

"On Tuesday we are getting back on our feet, and I'm expecting employees -- employers to open, employees to go to work," he said.

"Significantly less than 2,000" people remained at the George R. Brown Convention Center in Houston Sunday, after being forced out of their homes due to Harvey, according to Turner, who said that rapid repair housing is among the city's immediate needs.

"We need rapid repair housing. Because many, many people have elected to stay in their homes -- they are now dry. But they need to be repaired. In some cases, they may need to be rebuilt. And this is especially important for our seniors, low income communities, but really people all over the city," Turner said.

The mayor said that he asked President Trump, who met with storm victims Saturday, "to expand the rapid repair housing program for 15,000 up to 35,000."

"Most of city is now dry, and people are already putting out their heavy debris," he said. "Now the City of Houston started on Thursday picking up this heavy debris, but we have to get it done like now. It can't be sitting around 30, 45, you know, two months from now."

Turner also noted the need for direct support for first responders who were impacted by Harvey's wrath.

"Many of my first responders, over 300, have had serious flooding problems themselves. And so I ask for an expedited FEMA registration processing system, specifically for first responders, and he really gave a thumbs-up on that," said Turner.

Mr. Trump, along with the first lady, toured the flood-ravaged city of Houston Saturday and visited with residents and small children who were forced into shelters in the wake of the storm. The president and his wife initially visited Texas on Tuesday, but didn't meet with victims of the devastation.

While Turner said the city will take recovery day by day in what he predicts will be an "expensive proposition," he also said that Houston is a "can-do" city.