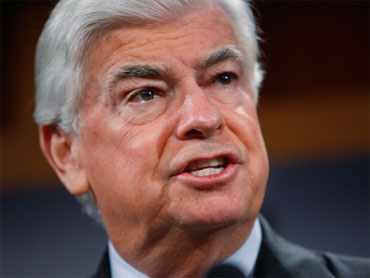 House lawmakers are ready to clear a significant hurdle in their drive to slap new financial restraints on big Wall Street institutions and to demand greater openness from the nation's central bank.

Motivated by the crisis that caused a near collapse in financial markets, a House committee scheduled a vote Wednesday on legislation that would give the government the right to dismantle financial firms that pose a risk to the economy, even if they are healthy.

The legislation in the House Financial Services Committee also would require a sweeping congressional audit of the privacy-shrouded Federal Reserve and would assess fees up front on large financial institutions to pay for the failure of their competitors.

Already postponed once, the committee's bill could face another delay Wednesday. The Congressional Black Caucus, which has 10 members on the committee, held up a vote on the legislation last month because it wanted the Obama administration to address unrelated joblessness issues facing the black community, where unemployment far exceeds the national average.

Asked Tuesday evening whether the caucus would permit a vote, Democratic Rep. Emanuel Cleaver of Missouri, a member of the panel and the caucus, said: "We're still studying and discussing."

In a statement Tuesday evening, White House spokeswoman Jennifer Psaki said: "The President's top priority is economic recovery and we understand the profound impact that the recession is having on the African-American community. We welcome a continuing dialogue with the CBC on how we can collaborate to implement the President's agenda to support economic growth and opportunity for all Americans."

If passed, the Financial Services Committee bill would set the stage for a full House vote as early as next week on comprehensive regulatory changes, ranging from the creation of a new consumer finance protection agency to restrictions on complex financial instruments blamed for feeding last year's panic.

In the process, some tough provisions requested by the Obama administration have been removed or weakened through exceptions. In the case of the Fed audit and the fee assessment on financial firms, however, administration officials have said the committee was too harsh. Some adjustments were still under way Tuesday, particularly aimed at toughening restrictions on derivatives trading.

Committee Chairman Barney Frank faced not only Republican opposition to most provisions but also had to compromise with moderate Democrats who were not eager to go as far as Obama.

"You make trade-offs," Frank said Tuesday. "I think our bill came out stronger than I was afraid it would given where the membership was."

In a response to the government's rescue of the huge insurance conglomerate, American International Group, the committee also planned to vote on legislation that would create an Office of Insurance Information. It would monitor the insurance industry and determine whether and when state regulations governing the industry can be overruled.

Regulatory efforts in the Senate were moving at a slower pace.

Banking Committee Chairman Christopher Dodd, after introducing a draft piece of legislation last month that was panned by Republicans, has asked Democrats and Republicans on his committee to split up into issue-based groups to work out compromises.

While Dodd, a Connecticut Democrat, initially aimed to have the legislation clear his committee this month, that could slip into next year.

Treasury Secretary Timothy Geithner was scheduled to testify before the Senate Agriculture Committee on Wednesday on proposals to regulate derivatives. The issue is difficult because the administration has asked for banks and hedge funds to trade these previously unregulated instruments on regulated exchanges. A coalition of companies that use derivatives to hedge risk - not speculate - have argued for exemptions.

Democratic Sen. Jack Reed of Rhode Island, who is taking the lead on derivatives on the Senate banking panel, said he doesn't believe in spelling out a series of exceptions in the legislation. He said regulators - the Securities and Exchange Commission and the Commodity Futures Trading Commission - should decide who is exempt.

"The concern is that if you start carving things out legislatively, then you'll find that the exceptions swallow the rules," he said.