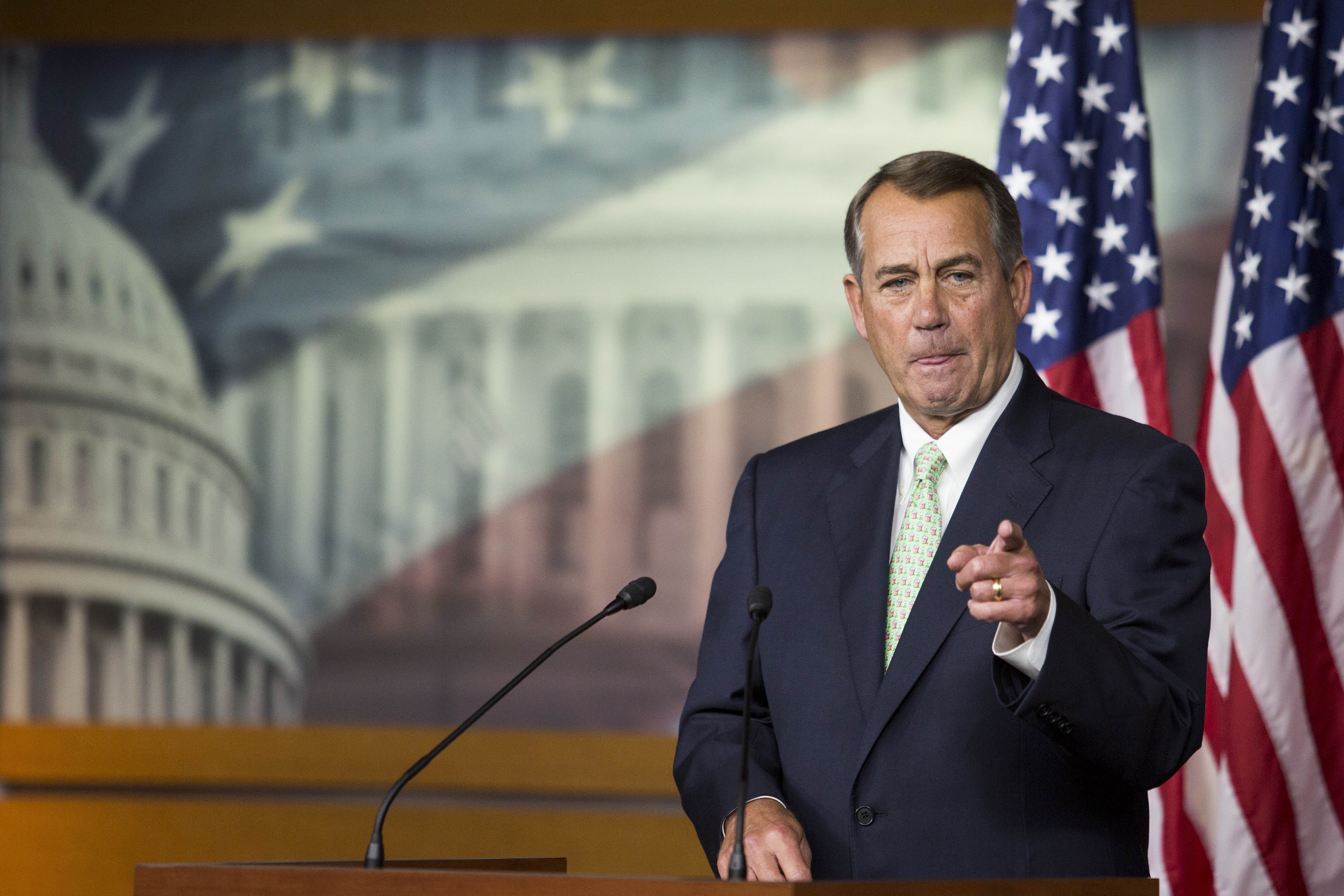 Accusing the Obama administration on "obstructing the truth" about the 2012 attack on the U.S. compound in Benghazi, Libya, House Speaker John Boehner, R-Ohio, Friday called for a special investigative panel to look into the attack that left four Americans dead.

New emails were released this week, shedding more light on the way the White House attempted to frame the discussion about the attack and general Mideast turmoil.

Republicans were quick to call the emails a "smoking gun" implicating the White House in a deliberate attempt to put politics ahead of the facts in the weeks before President Obama's re-election. They're also charging the Obama administration of withholding these documents from the congressional committees investigating the attack.

"Americans learned this week that the Obama Administration is so intent on obstructing the truth about Benghazi that it is even willing to defy subpoenas issued by the standing committees of the People's House," Boehner said in a statement.

"The administration's withholding of documents - emails showing greater White House involvement in misleading the American people - is a flagrant violation of trust and undermines the basic principles of oversight upon which our system of government is built. And it forces us to ask the question, what else about Benghazi is the Obama administration still hiding from the American people?

"This dismissiveness and evasion requires us to elevate the investigation to a new level. I intend for this select committee to have robust authority, and I will expect it to work quickly to get answers for the American people and the families of the victims," Boehner added.

The committee would be formed following a vote of the full House, which Boehner intends to hold soon in the Republican-majority chamber.

House Minority Leader Nancy Pelosi's office said they hadn't been consulted about this proposal and pointed out that Boehner has recently spoken out against the idea of a special committee.

Democrats and the White House, not surprisingly, are countering GOP criticism aruging that Republicans are simply playing politics with the Benghazi issue.

White House spokesman Jay Carney pushed back Thursday telling reporters, "What we have seen since hours after the attack, after the attack, beginning with a statement by the Republican nominee for president, is an attempt by Republicans to politicize a tragedy," he said.

The focus should turn to assessing how to prevent a similar incident in the future, Carney said, although he maintained that the newly-released emails were not an indication the administration had tried to cover up their involvement in editing the talking points. He said it was not included in a previous request for emails related to the Benghazi aftermath because they were "explicitly about the broader areas, separate from the attack on Benghazi."

Still, Sen. John McCain, R-Ariz., on Thursday went so far on Fox News to suggest the emails show the administration was staging a "cover-up." The emails framed the attack "all in line with a reelection campaign rather than the facts surrounding the tragic deaths of four brave Americans," he said.