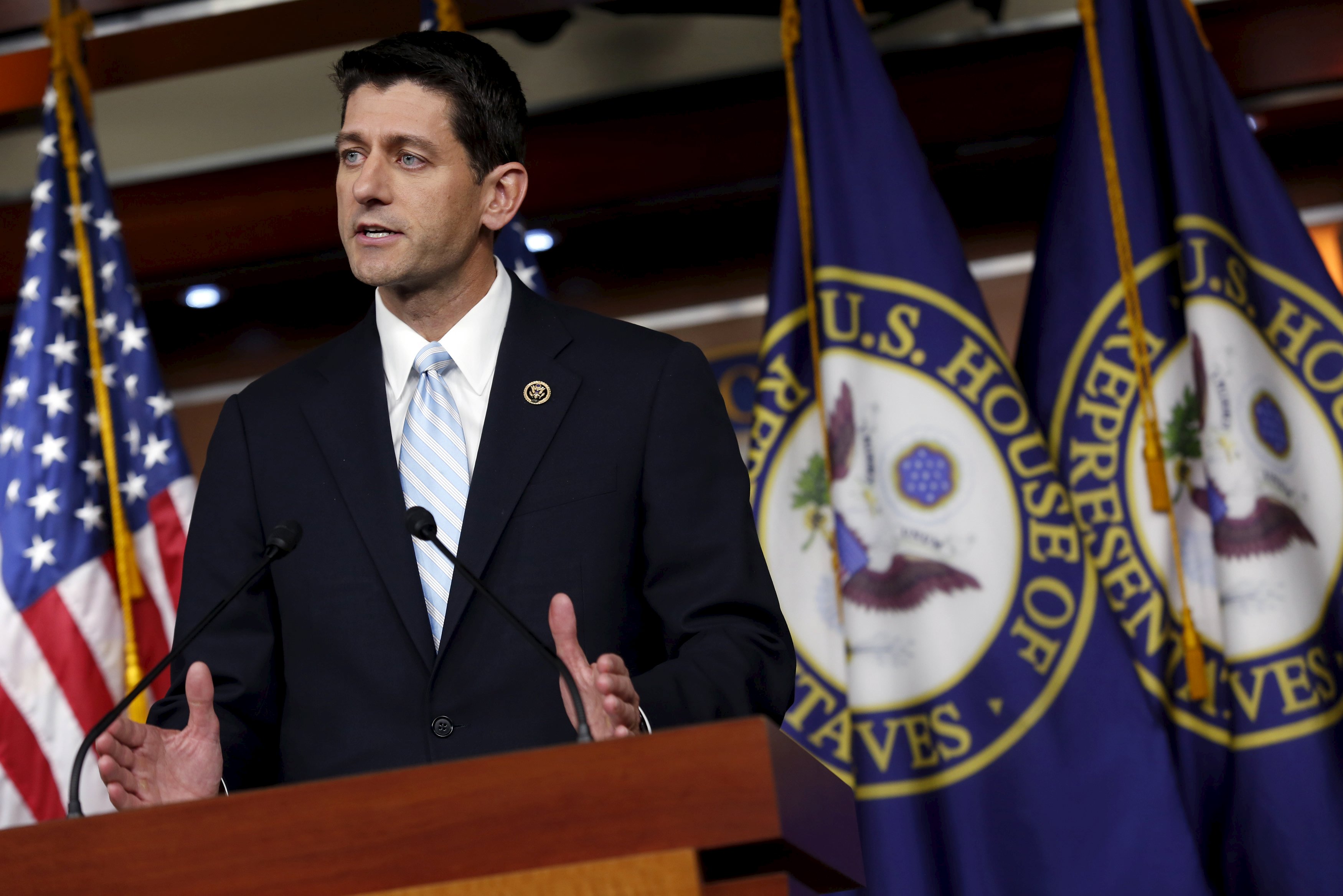 House Republicans have nominated Rep. Paul Ryan to be the next speaker of the House.

The @HouseGOP Twitter account made the announcement after lawmakers cast their votes via secret ballot behind closed doors on Wednesday afternoon.

Rep. Daniel Webster, R-Florida, was the only other candidate who ran for speaker.

The full House will hold the official vote for the next speaker vote on the floor Thursday morning. Ryan must receive at least 218 votes on the floor to become speaker.

"This begins a new day in the House of Representatives," Ryan told reporters after he was nominated. "Tomorrow, we are turning the page. We are not going to have a House that looked like it looked the last few years."

Ryan's nomination comes two days before Speaker Boehner, R-Ohio, is set to resign from Congress and after House Republicans spent weeks searching for the next speaker.

In early October, McCarthy shocked Capitol Hill when he announced his decision to withdraw from the speaker's race.

Since Boehner announced his plan to resign in September, Ryan had repeatedly said he wasn't interested in taking the gavel and wanted to focus on his job as chairman of the tax-writing House Ways and Means Committee. But GOP leaders, rank and file, and Republicans outside of the Beltway pushed Ryan to run.

After returning from a weeklong recess, Ryan said he would be willing to serve as speaker if three major caucuses in the GOP conference endorsed him. Two of them -- the Republican Study Committee and the Tuesday Group -- did offer their endorsement. The conservative Freedom Caucus did not, but the group said last week that a supermajority of its 40-plus members would back him.

On Tuesday, he continued to walk a fine line as he sought to distance himself from a bipartisan budget deal that Boehner negotiated in secret with the White House, House Minority Leader Nancy Pelosi, D-California, Senate Majority Leader Mitch McConnell, R-Kentucky, and Senate Minority Leader Harry Reid, D-Nevada.

Asked what he thought of the talks behind reaching the deal, Ryan told reporters, "I think the process stinks."

He expressed support for the agreement on Wednesday morning, ahead of the speaker election. He negotiated a similar agreement two years ago.

"What has been produced will go a long way toward relieving the uncertainty hanging over us, and that's why I intend to support it," he said in a statement.

Before he jumped into the race, Ryan made clear that he would run only on certain conditions.

The Wisconsin Republican said, in addition to securing endorsements, he wanted to change conference rules so that members are given more power in the legislative process and spend more time with his family instead of fundraising, among other things.

For most House Republicans, Ryan was the obvious choice for speaker. Besides serving as Ways and Means chairman, he was Mitt Romney's 2012 vice presidential nominee, he served as chairman of the House Budget Committee and he's young.

Many have predicted that Ryan would eventually run for president in the future and some have questioned whether serving as speaker would complicate a White House bid.

Romney, for example, recently said on CNN, "We need Paul in two spots at once. You know, there haven't been a lot of people that have gone on from speaker to the White House, so I'd hate to lose him as a potential contender down the road for the White House."

The eleventh president, James Polk, was the only speaker of the House who went on to serve in the Oval Office.