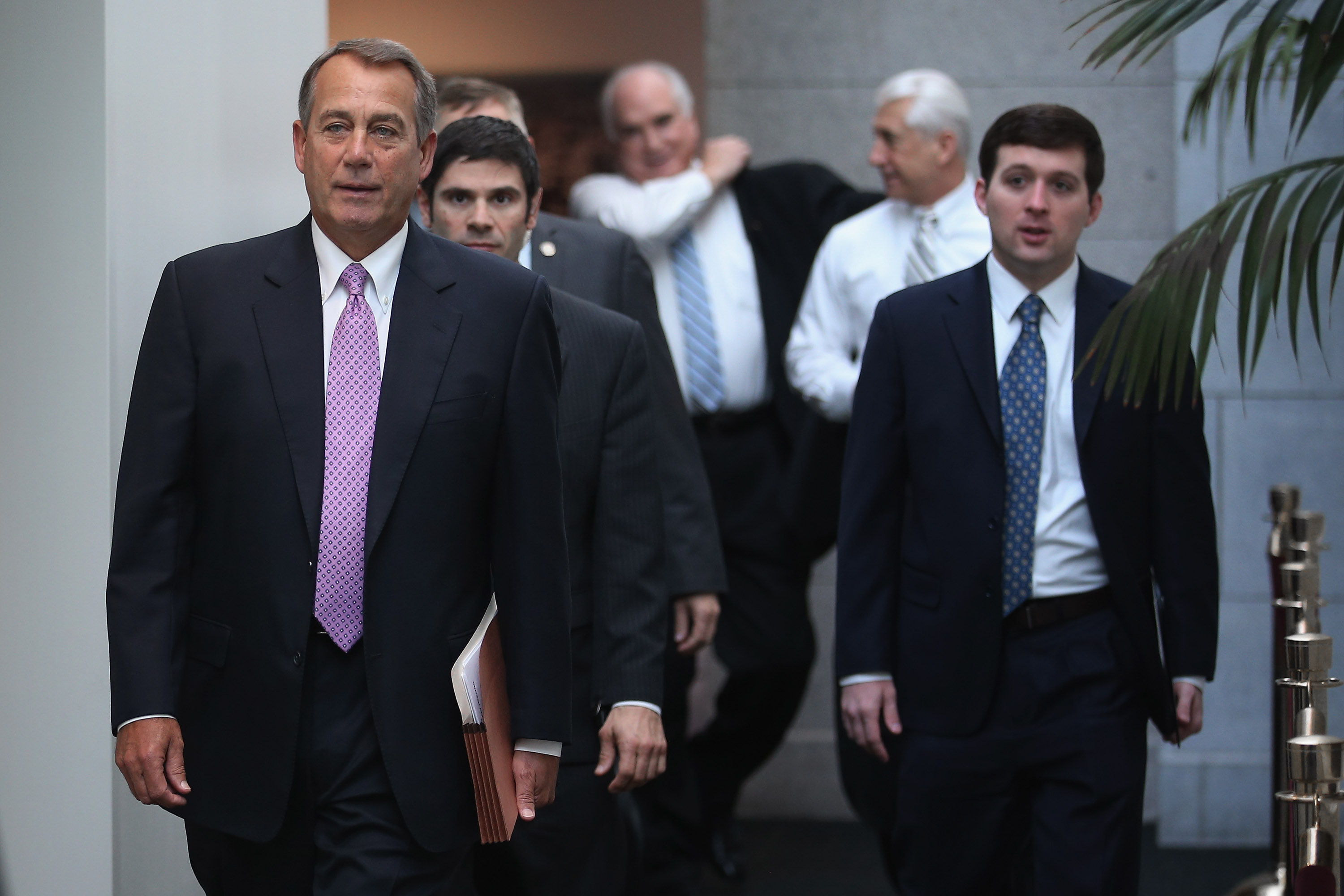 The House this morning passed a short-term bill to fund the government through the end of the fiscal year, a measure aimed at staving off a potential government shutdown even as politicians in Washington continue bickering over what to do about the sequester, a recently-enacted package of across-the-board spending that would cut $1.2 trillion from defense and non-defense budgets over the next 10 years.

The Continuing Resolution sets funding for the rest of the year at $982 billion, which takes into account the cuts mandated under sequestration. It also includes a full-year Defense Appropriations bill, which provides $518.1 billion in non-war funding and $87.2 billion toward Overseas Contingency Operations (OCO) for Defense activities related to the Global War on Terror, as well as a full-year Military Construction/Veterans Affairs Appropriations bill. This portion of the CR, however, does exempt some areas from sequestration cuts - specifically with regard to funding for the Department of Defense, military construction and veterans affairs.

The bill passed in a 267-151 vote. Now it heads to the Senate, where its fate is uncertain.

Senate Majority Leader Harry Reid, D-Nev., said this week he is "cautiously optimistic" about averting a government shutdown, but it's unclear whether he will bring the House-passed bill up for a vote. At issue is the fact that the bill exempts some defense programs from sequestration but does not provide similar relief for non-defense programs. The Senate can still amend that measure, however, and Senate Minority Leader Mitch McConnell, R-Ky., told reporters yesterday he's "optimistic" the continuing resolution can make it through both the House and the Senate.

"There seems to be no interest on either side of having a a confrontational government shutdown scenario, and even though these things sometimes develop at the end I am optimistic that we'll get through this process in a constructive way," he said.

In a statement yesterday, the White House has said it was "deeply concerned" about the impacts of the funding bill, but said it was "looking forward to working with the Congress to refine the legislation" to address its concerns, thereby leaving the door open to passage. No veto threat was issued.