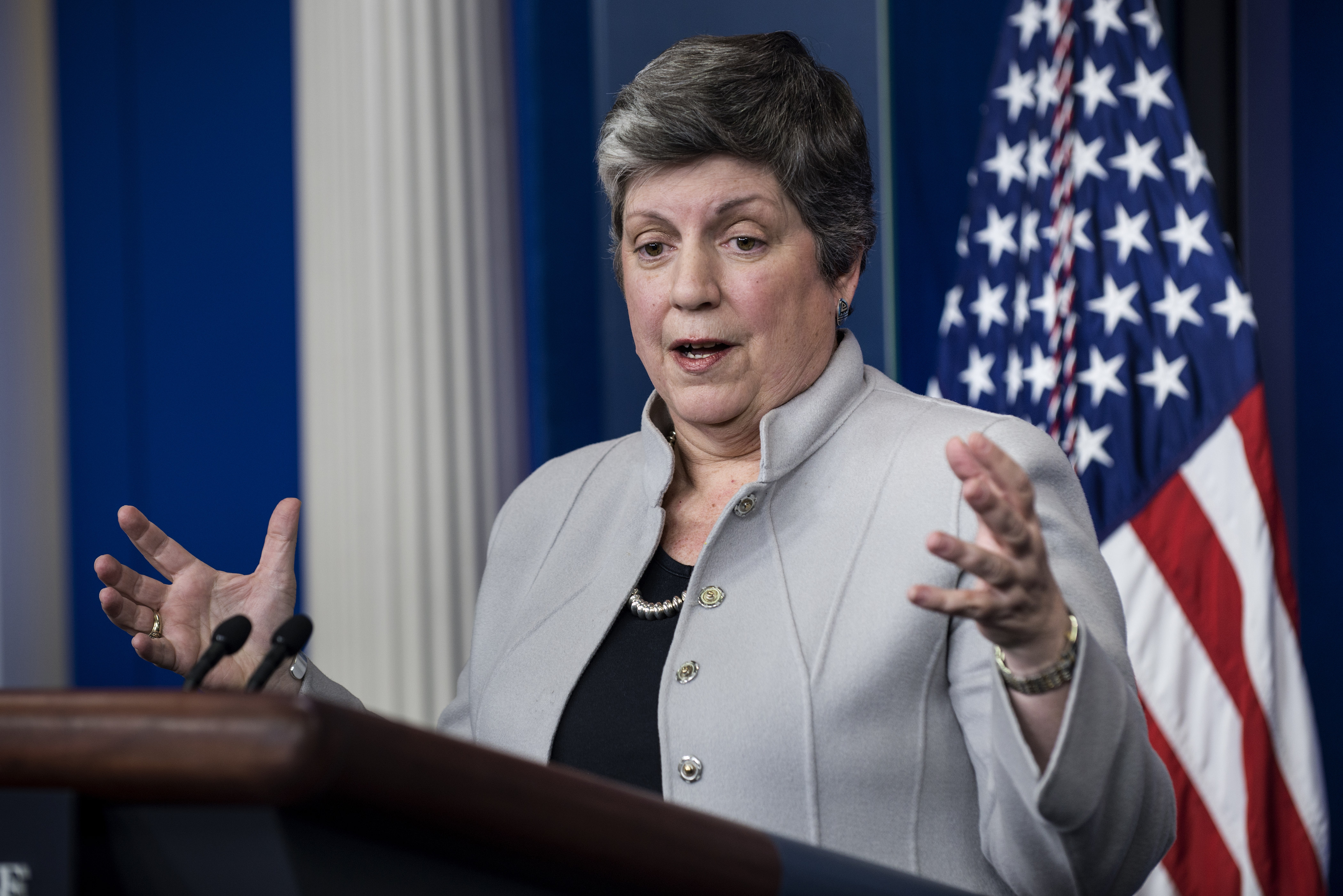 The Obama administration has overreached three times in the past 10 days in attempting to illustrate the negative impact of the sequester spending cuts in the short term, giving fodder to those seeking to play down the impact of the cuts.

On Monday, Homeland Security Secretary Janet Napolitano told reporters that major airports had seen lines ballooning to 150-200 percent their normal size. The Transportation Security Administration later clarified that it was not yet seeing longer-than-normal checkpoint lines, though Customs and Border Protection told CBS News there had been increased wait times at two airports due to reduced staffing.

The Wall Street Journal reported Tuesday, however, that "officials representing a dozen major airports said there were few if any unusual flight delays or lines at security or customs checkpoints." That included an official at John F. Kennedy Airport in New York, which is one of the two airports that had been specifically cited by Customs and Border Protection.

On Friday, meanwhile, President Obama said that janitors at the U.S. Capitol would receive a pay cut due to the sequester cuts. Carlos Elias, the superintendent of the U.S. Capitol building and the Capitol Visitors Center, quickly emailed employees to say "This is NOT TRUE," adding that "The pay and benefits of EACH of our employees WILL NOT be impacted."

The prior Sunday, Education Secretary Arne Duncan had said on CBS' "Face the Nation" that "There are literally teachers now who are getting pink slips, who are getting notices that they can't come back this fall." He later acknowledged that he "misspoke" after fact checkers found no evidence for the claim.

On Monday, White House Press Secretary Jay Carney was asked what was being done to ensure the figures were not being exaggerated. Carney responded by pointing to long-term projections of job losses from economic analysts and "numerous examples already of what's going to happen," including plans to furlough 750,000 Department of Defense Workers.

Pressed about the issue again Tuesday - specifically why Napolitano did not check her facts before making her claims regarding longer lines - Carney said it is a "fact" that "there will be negative effects on our air traffic because of the reductions in FAA man hours, air traffic controllers in particular."

"And efforts to muddy that fact by, you know, singling out a certain statement...we can do that, but there are real people out there who will be delayed or who will have their wages cut or...who will lose their jobs as a result of the sequester, while folks in Washington are arguing over whether this particular impact happened when we said it was going to happen or a week later or a month later," he said.

There is no question that the $1.2 trillion in nearly across-the-board sequester spending cuts -- $85 billion this year - will have a significant impact in a number of areas, including air travel. The Congressional Budget Office predicted it could mean 750,000 fewer jobs by the end of the year and reduce GDP by 0.5 percent; among those who could lose their jobs are FBI agents, food safety inspectors and border agents. Barring changes, there will be significant cuts to Head Start, nutrition assistance and special education programs, research funding, public housing support, the FDA, NASA, the SEC, the CDC, the NIH and a host of other programs and agencies. Military operations will be cut by $13.5 billion, with $3.5 billion in cuts to aircraft purchases by the Air Force and Navy. Airport security and immigration enforcement will be cut by an estimated $323 billion each, and border security will be cut by about $581 million.

Most Americans are not directly affected by these cuts, however, which is why the administration has sought to put the focus on issues like air travel that have a broader reach. But while officials expect increases in delays as overtime is reduced, hiring is frozen and air traffic controllers are furloughed due to the sequester, the impact will be gradual. In its zeal to make the case for a more immediate impact than seems to have happened, the administration may have made it harder to undo the cuts down the road, said former John McCain communications director Dan Schnur, Director of the Jesse M. Unruh Institute of Politics at the University of Southern California.

"There's more than a little bit of a White House-who-cried-wolf danger that's beginning to emerge," he said. "If the sequester does eventually cause serious inconvenience or real pain to many people, these overstatements may not have much of a long-term impact. But in the short run, it makes the voters more skeptical as to whether the administration is being honest with them."

It's worth noting that in his Friday news conference, Mr. Obama seemed to be trying to temper some of the strong warnings that his administration had pushed. He said the sequester is "dumb" but "is not going to be an apocalypse," adding that it will hurt people but probably not cause a "huge financial crisis."

Republicans, who generally support dramatic spending cuts - if not the sequester cuts specifically - were mocking the administration's dire warnings before the sequester went into effect. "Most of the nation will wake up Friday morning and yawn," Rep. Tim Huelskamp, R-Kan., said last week, as Fox News reported. Sen. John Cornyn, R-Texas, said the administration was using the sequester "to scare people in order to grow the size of government." Senate Republican Leader Mitch McConnell, R-Ky., said it's "absurd to think that the government cannot get by with a little more than a 2 percent reduction in spending." Sen. Rand Paul, R-Ky., complained the sequester didn't cut enough.

On Monday, House Appropriations Committee Chairman Hal Rogers, R-Ky., introduced a bill to address the next big fiscal deadline - the looming expiration of funds to keep the government running on March 27. The $982 billion bill would fund the government through late September, and would soften many sequester cuts that Republicans don't like. The FBI and Customs and Border Protection, for example, would not be forced to cut staff, and full spending bills attached to the bill would give the Departments of Defense and Veterans' Affairs flexibility in implementing the cuts.

The White House did not issue a veto threat on Rogers' bill. In a statement, it did say that the bill "raises concerns about the Government's ability to protect consumers, avoid deep cuts in critical services that families depend on, and implement critical domestic priorities such as access to quality and affordable health care."

The White House on Tuesday did find one way to illustrate the immediate impact of the sequester: An administration official said the White House is canceling all public tours due to staffing reductions, effective Saturday. Republicans quickly lashed out at the move, with former House Speaker and GOP presidential candidate Newt Gingrich tweeting that it is "childish and dishonest," as well as "silly and demeaning."

Added Sen. Pat Roberts, R-KS: "This is perception politics run amok. The White House spends tens of thousands of dollars each year on Christmas decorations and elaborate events, but when asked to trim its budget they opt to close the White House gate to the American people."