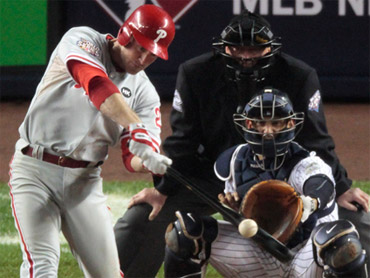 Someone who takes medication to control epilepsy or diabetes could end up in a situation where he or she is no longer eligible for protection under the Americans With Disabilities Act.

It's a "terrible Catch-22," House Education and Labor Committee Chairman George Miller, D-Calif., said Wednesday as the House passed, and sent to the White House, legislation aimed at assuring that the ADA lives up to its promise of protecting the disabled from discrimination.

The 1990 law is widely regarded as one of the major features of civil rights legislation in the 20th century because it ensured that the disabled have access to public buildings and accommodations, thus giving them better access to the workforce. But the Supreme Court has generally exempted from the law's anti-discrimination protections those with partial physical disabilities or impairments that can be treated with medication or devices such as hearing aids.

"The Supreme Court has slowly chipped away at the broad protections of the ADA and has created a new set of barriers for disabled Americans," said Rep. James Sensenbrenner, R-Wis., a chief sponsor of the bill along with House Majority Leader Steny Hoyer, D-Md.

The bill directs the courts toward a more generous application of the ADA's definition of disability, making it clear that Congress intended the ADA's coverage to be broad and to cover anyone facing discrimination because of a disability.

"It will afford millions of individuals with access to the courts under the ADA and clarifies that anyone with a disability is protected from unfair discrimination," AARP senior vice president David P. Sloane said after the Senate passed the measure by voice vote last week.

The House passed the measure by voice vote as well. But Hoyer noted that it took months of difficult negotiations involving the business community and advocates for the disabled to find the right balance between the rights of the disabled and the obligations of employers.