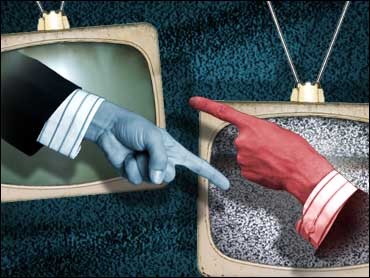 The House has passes the campaign finance reform bill known as the DISCLOSE Act by a vote of 219 to 206.

217 Democrats and two Republicans voted for the measure.

The DISCLOSE Act, or the Democracy is Strengthened by Casting Light on Spending in Elections Act, would require corporations to disclose top five donors in their political ads and the head of the company would be required to appear at the end of the ad.

But the bill exempts the NRA, AARP and the Humane Society from the requirements. It exempts 401C4 organizations with over 500,000 members.

The bill is a response to the Supreme Court's Citizen's United ruling in January that lifted requirements and limits on corporate or union-funded political advertising.

The bill still needs to pass the Senate. While Senate Democratic leaders say this is a priority, it is difficult to see how they can fit it into their packed schedule.

"The Democratic majority in the House jammed through a piece of legislation that clearly violates the Constitution, as well as basic principles of fairness and equity," U.S. Chamber of Commerce President and CEO Thomas J. Donohue said in a statement. Donohue's powerful business lobby would be subject to the disclosure rules under the legislation.

Said Paul Helmke, President of the Brady Campaign to Prevent Gun Violence: "This bill exempting the NRA, and only a handful of other wealthy groups, from having to follow the same rules as other advocacy groups involved in political campaigns is fundamentally flawed, likely can't survive judicial scrutiny, and should be rejected by the United States Senate as currently written."

President Obama weighed in with a supportive statement.

"I congratulate the House of Representatives on today's passage of the DISCLOSE Act, a critical piece of legislation to control the flood of special interest money into our elections. The DISCLOSE Act would establish the strongest-ever disclosure requirements for election-related spending by special interests, including Wall Street and big oil companies, and it would restrict spending by foreign-controlled corporations. It would give the American public the right to see exactly who is spending money in an attempt to influence campaigns for public office. The House bill is not perfect - I would have preferred that it include no exemptions. But it mandates unprecedented transparency in campaign spending, and it ensures that corporations who spend money on American elections are accountable first and foremost to the American people. I urge the Senate to act swiftly on its version of the bill, and I look forward to working with both chambers on prompt enactment of final legislation."