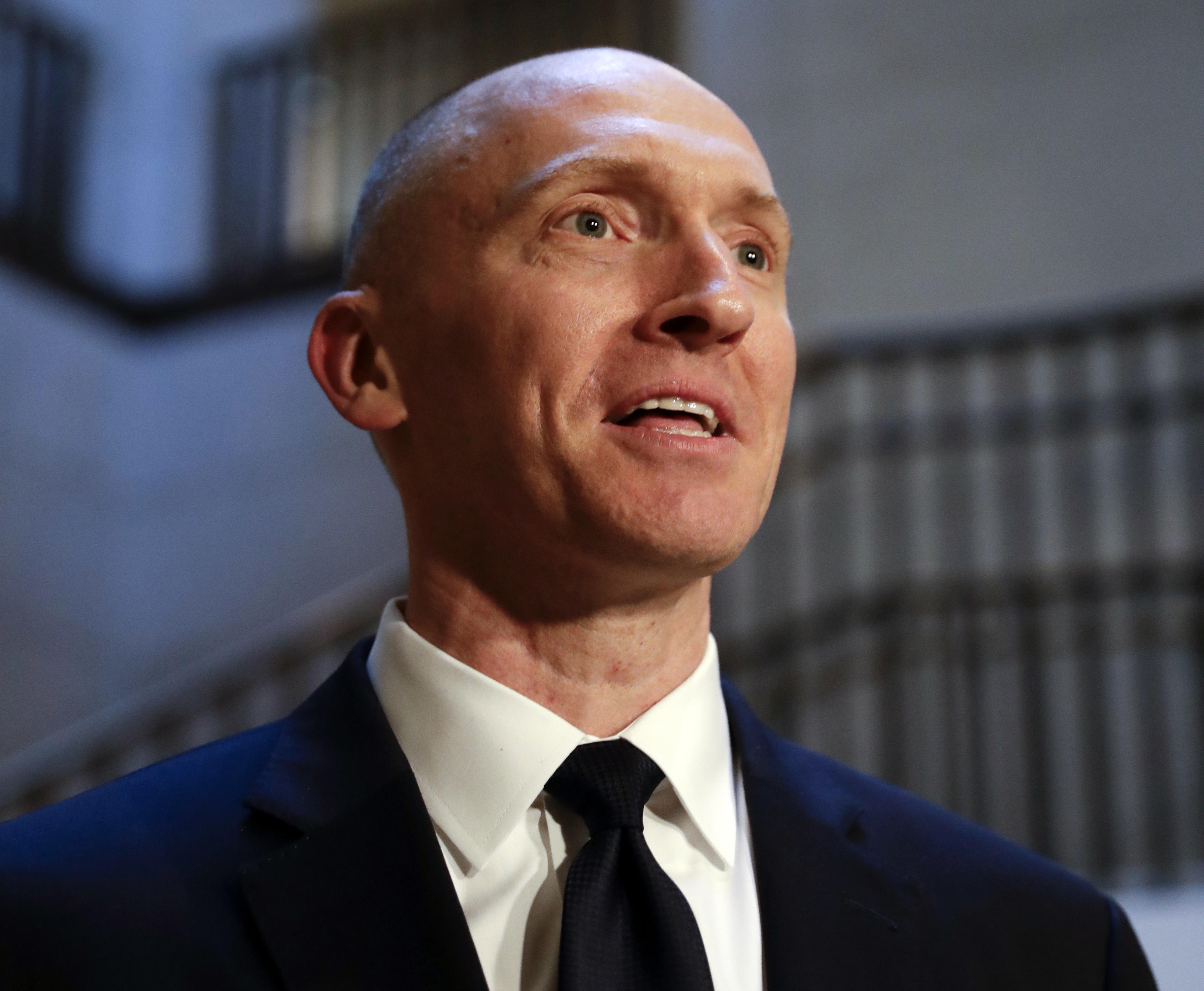 The House Intelligence Committee posted the transcript of former Trump campaign adviser Carter Page Monday night, after interviewing him last week, as part of its investigation into Russian meddling in the 2016 election and any collusion between Trump campaign associates and Russia.

Page, who testified Thursday for seven hours, told the committee he had contact with a high-level Russian official while on a trip to Russia last year.

It was, he told the committee, the only trip to Russia he took during the presidential campaign, in July 2016. During that trip, he said, "I made it perfectly clear that I'm not representing [Donald Trump] or the campaign."

He was speaking at the New Economic School, in Moscow. According to the transcript, Page told the committee he "briefly said hello to" Russian Deputy Prime Minister Arkady Dvorkovich after he had delivered his speech. Dvorkovich had also just finished speaking at the school. Page told the Intelligence Committee that the two had just exchanged pleasantries. "It was sort of best wishes, you know, and that's about it," he said.

Page also told the committee he has never had a conversation with President Trump. "I have never spoken with him at any time directly in my life," he said.

Asked whether he had informed the Trump campaign that he was going to Moscow, Page said he had mentioned the trip and "sent a note around to a few of the members of our team" to apprise them of his trip to Moscow. The people he said he informed were Hope Hicks, J.D. Gordon and Corey Lewandowski.

Page has insisted — and continued to insist in the interview — that the trip was personal and not campaign related.

However, the committee produced an email during the interview in which Page wrote to campaign officials and asked them to let him know "if you have any reservations or thoughts on how you'd prefer me to focus these remarks," apparently referring to the speech he was giving in Moscow.

He also suggested that Trump take his place at the speech — a suggestion that appeared to go nowhere.

At another point in the interview, Page was asked about his relationship with George Papadopoulos, the former Trump campaign foreign policy adviser whose guilty pleas to lying to the FBI about his foreign contacts was unsealed last week.

Page said that Papadopoulos "was in some of those group sessions we had," and he said he had been included on some of the same emails as Papadopoulos. He said he has never spoken to or emailed with former National Security Adviser Michael Flynn, who has also been under scrutiny by investigators.

Page characterized his interactions with Papadopoulos as "very limited" and suggested that the last time he had seen him was in June 2016 at a dinner he said was organized by Sessions, who at the time was a prominent Trump campaign aide and supporter.

Rep. Adam Schiff of California, the committee's top Democrat, pressured Page on what he suggested were inconsistencies in his testimony and past statements.

He noted how Page told the committee that he had met only one Russian government official during his July 2016 trip to Russia, and yet had told campaign officials in email that he had received valuable insights from legislators and senior members of the Russian presidential administration.

"Are you being honest in your testimony?" Schiff asked. "Because it doesn't seem possible for both to be true."

Page said the insights he was referring to were based on materials he had read in the press, "similar to my listening to President Trump in the various speeches that I heard of his."

Page has often been contradictory about whom he met on the trip, but his testimony Thursday was under oath.

Page says he had no personal information about Russian election interference.