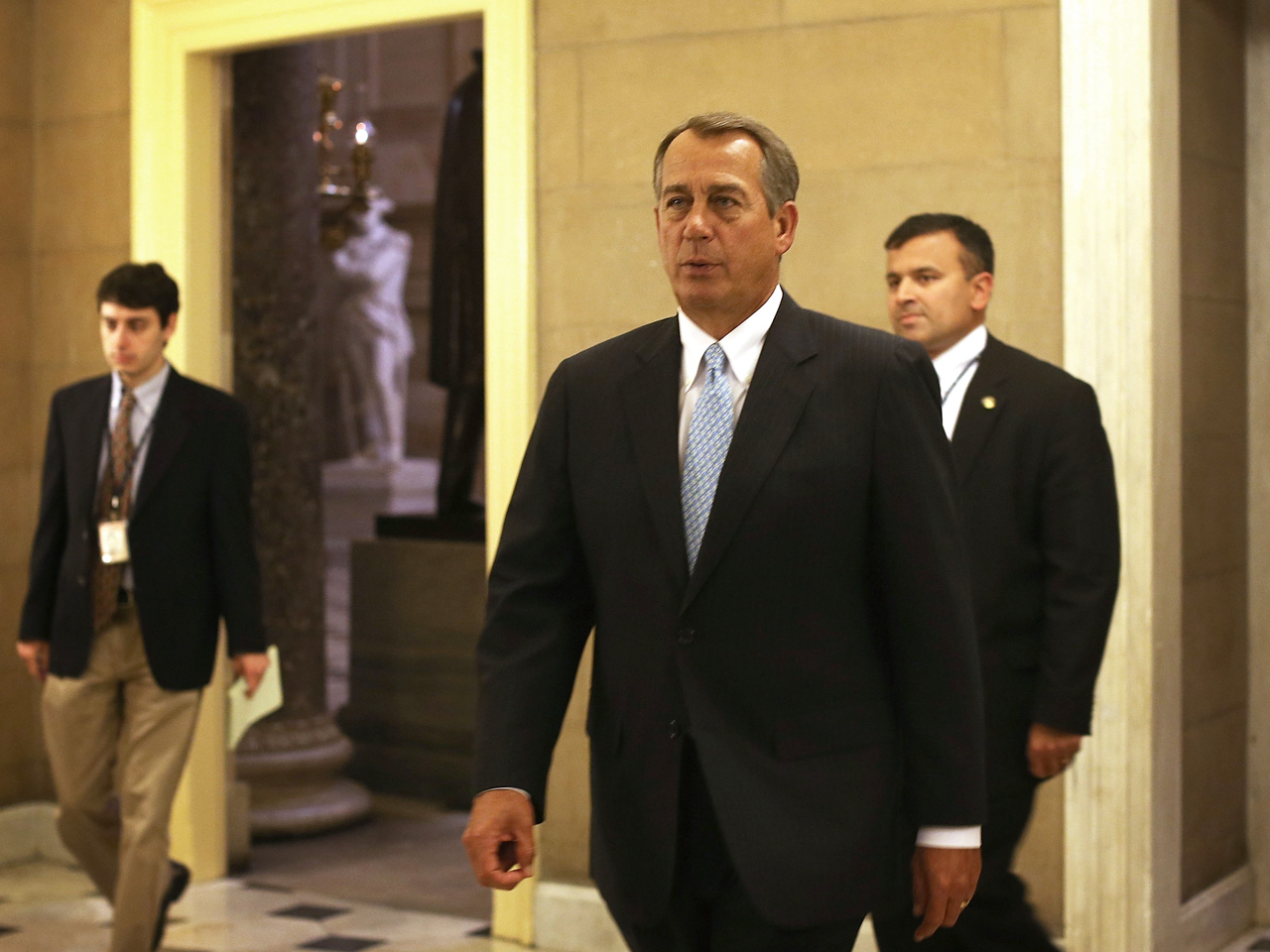 Cantor said the three-month extension would give the Senate and House enough time to pass a budget and that "if the Senate or House fails to pass a budget in that time, Members of Congress will not be paid by the American people for failing to do their job."

Treasury Secretary Timothy Geithner has informed Congress that the United States is expected to hit its current debt limit of $16.4 trillion by mid-February or March.

Republican leaders worked with members over the three-day retreat to try to build consensus among the GOP conference in order to avoid the bloody battle in 2011 that occurred over raising the country's borrowing authority to cover its debts and the end of year fight over the "fiscal cliff" that revealed deep divisions among Republicans. Adding demands that the Senate pass a budget to increase the debt limit sweetens the pot for a conference frustrated by repeated budget and spending deals that don't cut spending as much as they'd like.

Senate Democrats have failed to pass a budget since April of 2009. Republicans want them to put pen to paper and show how they would address the debt and deficit rate.

A GOP leadership aide said the debt limit increase would be one package requiring both chambers to pass a budget, but it would not include spending cuts.

Cantor added that future congressional pay would be contingent on the Senate passing a budget; if House members pass a budget, as they plan to do, they would receive their pay. House and Senate members make $174,000 per year.

"[I]f the Senate or House fails to pass a budget in that time, Members of Congress will not be paid by the American people for failing to do their job," Candor said. "No budget, no pay," he added.

White House press secretary Jay Carney said in a statement, "The President has made clear that Congress has only two options: pay the bills they have racked up, or fail to do so and put our nation into default. We are encouraged that there are signs that Congressional Republicans may back off their insistence on holding our economy hostage to extract drastic cuts in Medicare, education and programs middle class families depend on. Congress must pay its bills and pass a clean debt limit increase without further delay. And as he has said, the President remains committed to further reducing the deficit in a balanced way."

Senate Majority Leader Harry Reid, D-Nev., released a statement responding to the plan to extend the debt limit, but did not mention the conditions, so an extension of the debt limit is not yet a done deal.

"If the House can pass a clean debt ceiling increase to avoid default and allow the United States to meet its existing obligations, we will be happy to consider it," Reid said.

According to excerpts released of remarks by House Speaker John Boehner, R-Ohio, to his conference on the closing day, he took a swipe at the Senate record on the budget.

"The Democratic-controlled Senate has failed to pass a budget for four years. That is a shameful run that needs to end this year."