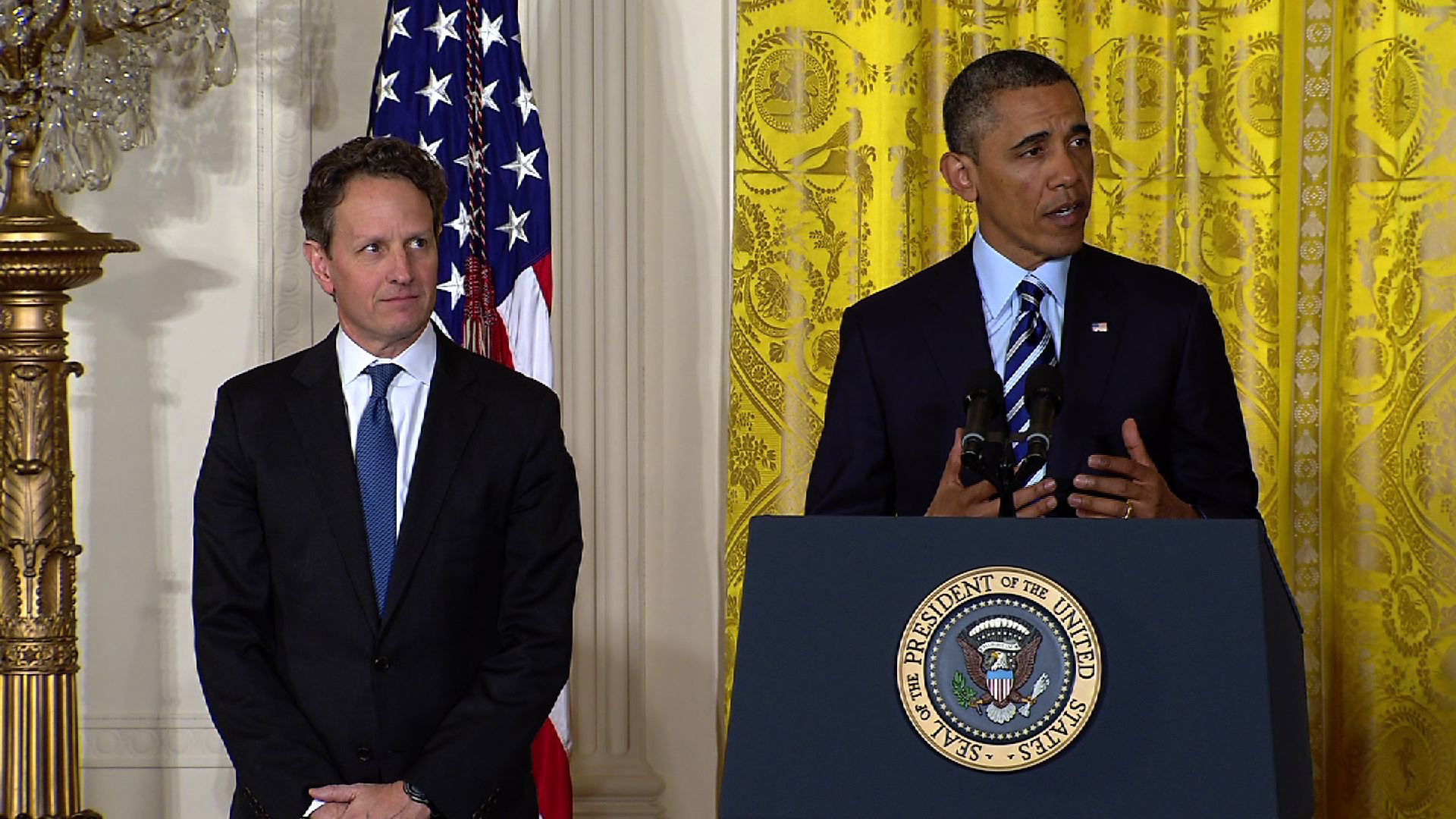 Hours after President Obama issued a stark warning to congressional Republicans over the debt ceiling, Treasury Secretary Timothy Geithner sent a letter to Congress, ramping up the stakes should lawmakers not raise the borrowing limit.

"As you know, cash would not be adequate to meet existing obligations for any meaningful length of time because the government is currently operating at a deficit," Geithner wrote in a letter to House Speaker John Boehner.

Geithner also said the debt limit would be reached as early as mid-February or as late as early March. His new timeline accelerates the anticipated deadline when the "extraordinary" measures he began implementing on December 31 will run its course. Geithner's timeline comes on the heels of a study released last week by the Bipartisan Policy Center that suggested the limit could be reached as early as Feb. 15.

The Treasury secretary included a long list of obligations the U.S. might not able to meet should Congress fail to act, including Social Security and Medicaid payments, military salaries, law enforcement activities and more. "This would impose severe economic hardship on millions of individuals and businesses across the country," he wrote.

Geithner's letter echoed Mr. Obama's message from his news conference earlier in the day, when the president said, "We've got to pay our bills."

"Social Security checks and veterans' benefits will be delayed. We might not be able to pay our troops or honor or contracts with small business owners. Food inspectors, air traffic controllers, specialists who track down loose nuclear materials wouldn't get their paychecks. Investors around the world will ask if the United States of America is, in fact, a safe bet. Markets could go haywire, interest rates would spike for anybody who borrows money, every homeowner with a mortgage, every student with a college loan," said Mr. Obama.

"Protecting the full faith and credit of the United States is the responsibility of Congress because only Congress can extend the nation's borrowing authority. No Congress has ever failed to meet that responsibility," Geithner wrote, even invoking former President Ronald Reagan, who in 1987 blamed Congress for bringing the country "to the edge of default."