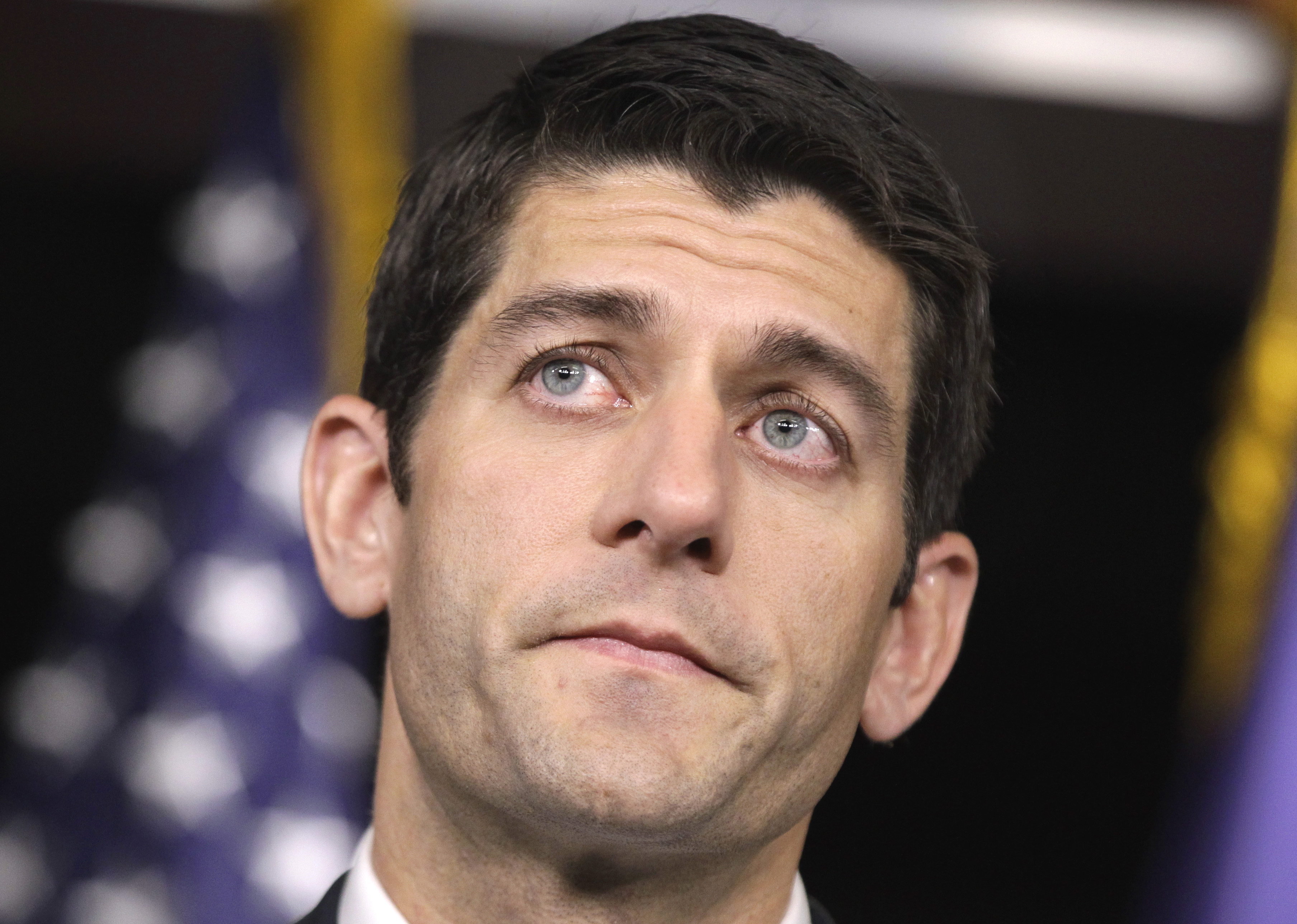 The Republican-led House this afternoon passed a $3.5 trillion spending bill for fiscal year 2012 that cuts billions of dollars in federal spending in part by making dramatic cuts to Medicaid and transforming Medicare into a voucher-like program for Americans under 55.

The largely party-line vote was 235-193. Just four Republicans voted against the GOP budget, and no Democrats voted for it.

The politically-risky plan promises to cut more than $6 trillion over a decade compared to the plan put forth by President Obama in February. It would transform Medicaid into a block grant program in which states get a lump sum from the federal government and mandates $771 billion less in federal spending on the program for the poor and disabled over a decade. It also proposes cutting $1.6 trillion in domestic discretionary spending over that same time period, as well as cuts to food stamp programs.

The nonpartisan Congressional Budget Office has found that because the GOP plan doesn't keep pace with the rising cost of health care, seniors would be paying an estimated 68 percent of their own insurance costs by 2030.

House Budget Committee Chairman Paul Ryan, the Republican architect of the proposal, said on the House floor that the plan "keeps America exceptional."

"It preserves its promise for the next generation," he said. "Colleagues this is our defining moment. We must choose this path to prosperity."

The bill is just an outline for spending, and would not be binding. (It also has virtually no chance to get through the Democrat-led Senate.) But it reflects the GOP firmly staking out its ideological position in the debate over how the United States should address its crushing deficit and debt.

Republicans are focused on reducing spending without increasing revenues - indeed, the House GOP plan actually lowers the top tax rate for corporations and individuals, though some (mostly non-specified) tax breaks would be eliminated. They argue that allowing individuals and businesses to keep more money will help grow the economy at a faster rate.

Mr. Obama cast the plan as "deeply pessimistic" in a speech Wednesday, suggesting that by scaling back the safety net created by entitlement programs it "would lead to a fundamentally different America than the one that we've known." His deficit reduction plan would reduce Medicare spending "by leveraging Medicare's purchasing power," cut Medicare spending $100 billion over a decade, cut military spending $400 billion over 12 years and allow the Bush-era tax cuts for the wealthiest Americans expire. He says the plan would save $4 trillion over 12 years.  Neither the president's plan nor the House GOP plan makes significant changes to Social Security.

"The House Republican plan places the burden of debt reduction on those who can least afford it, ends Medicare as we know it, and doubles health care costs for seniors in order to pay for more than a trillion dollars in tax cuts for millionaires and billionaires," White House press secretary Jay Carney said in a statement after the vote.

The national debt stands at nearly $14.3 trillion, and this year's budget deficit is projected to be $1.6 trillion. Neither the House GOP plan nor the Obama plan would balance budgets by 2020.

Democrats have zeroed in on the proposed changes to Medicare, which many political observers think will give the party an advantage in the 2012 election cycle. Before the vote, House Democrats rallied with seniors holding yellow signs reading, "Hands off my Medicare."

"I ask you what kind of a country are we that a majority - the new Republican majority - would throw our seniors under the bus in order to give more tax breaks to make the very rich, very, very, very rich," said Rep. Jan Schakowsky (D-IL).

On the House floor, Speaker John Boehner (R-OH) said that "unfortunately the president has failed to put a serious proposal on the table. And if the president won't lead, we will."

"No more kicking the can down the road, no more whistling past the graveyard," he said. "Now is the time to address the serious challenges that face the American people."

Countered House Minority Leader Nancy Pelosi, speaking on the House floor: "I want to say to my Republican colleagues -- do you realize that your leadership is asking to you cast a vote today to abolish Medicare as we know it? Because that is a vote that we have. This is not about an issue, this is about a value, this is about an ethic."

Before voting on the Ryan blueprint, House members voted on a Democratic substitute plan that would raise taxes on the wealthy and a plan from conservative Republicans with deeper cuts. Both plans failed.

Shortly before the final vote, 12 protesters were arrested for singing and making a scene in the House gallery. One protester, who was in handcuffs, said the group wanted the government to protect "clean air" and not corporations.

The vote comes in the wake of a passage of an agreement to fund the government for the remaining six months of fiscal year 2011that narrowly averted a government shutdown. Lawmakers are already gearing up for a major fight over raising the debt ceiling, with Republicans insisting on major spending cuts in exchange for their votes to raise the ceiling.