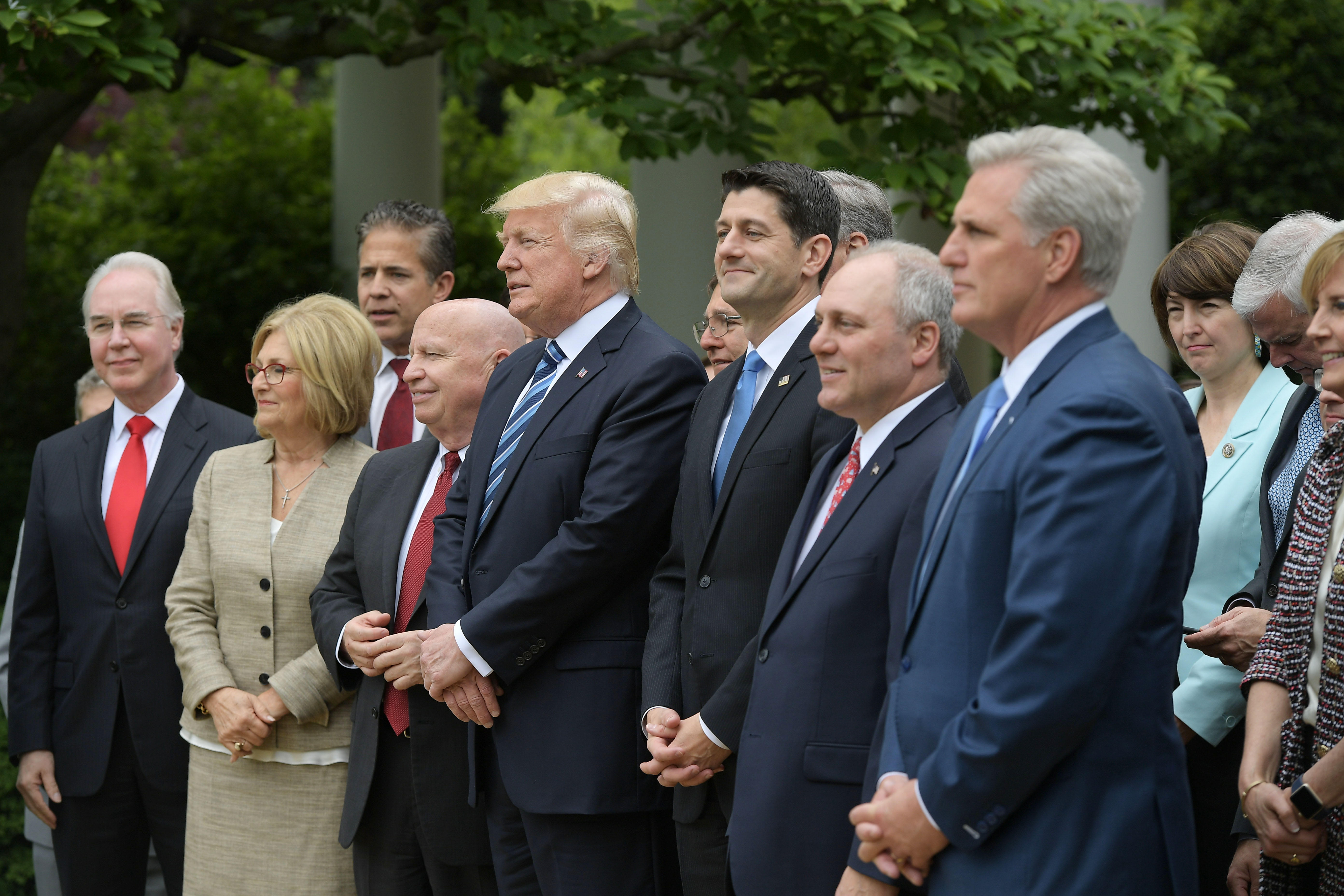 "This is a great plan, and this is a repeal and a replace of Obamacare, make no mistake about it," said Mr. Trump.

He added "It's going to be an unbelievable victory when we get it through the Senate."

The members made their way to the White House immediately following Thursday's 217-213 vote in a victory lap following weeks of revisions, including last-minute amendments to the existing bill.

Michigan Republican Rep. Fred Upton's amendment to the bill would add $8 billion over five years to cover insurance for people with pre-existing conditions. The addition appeared to sway members who previously opposed the bill, as well as those who were undecided.

Mr. Trump credited the success to the teamwork of House members saying the work to get the bill passed "brought the party together"-- but was quick to give himself a pat on the back as well.

"You know, coming from a different world and only being a politician for a short period of time, how am I doing? Am I doing ok? Hey, I'm the president, can you believe it?" said Mr. Trump.

Speaking in the Rose Garden, Speaker Paul Ryan, R-Wisconsin, called the passage just one part of the process as more work needs to be done.

This is the first significant step to Mr. Trump's campaign promise to "repeal and replace Obamacare" as it now heads to the Senate for a vote, where members expect yet more changes to the bill.