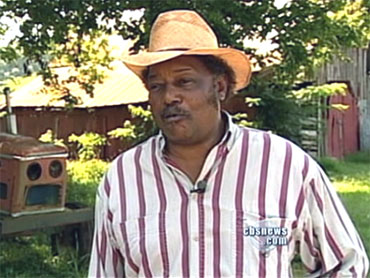 The House on Tuesday passed landmark legislation to pay for some $4.6 billion in settlements with American Indians and black farmers who say they faced discrimination and mistreatment from the government.

Lawmakers voted 256-152 to send the measure to President Barack Obama, whose administration brokered the settlements over the past year.

The package would award some $3.4 billion to American Indians over claims they were cheated out of royalties overseen by the Interior Department for resources like oil, gas and timber. Another $1.2 billion would go to African-Americans who claim they were unfairly denied loans and other assistance from the Agriculture Department.

The settlements have broad bipartisan support but had stalled on Capitol Hill over costs until the Senate broke a stalemate earlier this month.

Although the Senate passed it without opposition, most Republicans opposed it in the House. Many argued the individual settlements have merit but objected to lumping them together in a single bill with other provisions, including deals on four long-standing disputes over Indian water rights.

"When we approve new spending we should offset that by spending cuts," Brady said.

Rep. Steve King, R-Iowa, likened the black farmers program to "modern-day reparations" for African-Americans and argued along with Rep. Michele Bachmann, R-Minn., that the claims process is rife with fraud.

Democrats and at least one Republican supporter countered that the bill protects taxpayers while offering fair compensation for people who were mistreated.

Rep. Tom Cole, R-Okla., noted that a federal judge has held the federal government in contempt for not funding the Indian case and called it a "bargain for the American taxpayers" that will avoid tens of millions of dollars in court costs.

"We are correcting historic wrongs that should never have occurred in the first place," he said.

In the Indian case, at least 300,000 Native Americans claim they were swindled out of royalties overseen by the Interior Department since 1887. The plaintiffs originally said they were owed $100 billion, but signaled they were willing to settle for less as the case dragged on.

The case is known as Cobell after its lead plaintiff, Elouise Cobell, a member of the Blackfeet Tribe from Browning, Mont.

For the black farmers, it is the second round of funding from a class-action lawsuit originally settled in 1999 over allegations of widespread discrimination by local USDA offices.

The government already has paid out more than $1 billion to about 16,000 farmers, with most getting payments of about $50,000. The new money is intended for people who were denied earlier payments because they missed deadlines for filing. Tens of thousands of new claims are expected, and the amount of money each would get depends on how many are successful.

The case is known as Pigford after Timothy Pigford, a black farmer from North Carolina who was an original plaintiff.

The bill also includes nearly $1 billion to settle several long-standing Indian water-rights lawsuits and extends for one year the Temporary Assistance for Needy Families program, which gives grants to states to provide cash assistance and other services to the poor.

The costs of the bill would be offset by diverting dollars from a surplus in nutrition programs for women and children, extending customs user fees and new efforts for the Treasury to recoup excess unemployment insurance payments.

Would-be farmer Carl Eggleston said he has been waiting for the bill to pass for years so he can refile his claim for the discrimination he says he faced when he tried to start a hog farm on his Virginia property.

The African-American from Farmville said his application for a government loan was never even processed, and he ultimately turned to other work. Eggleston, 60, said he worked at a furniture store and a shoe company before eventually moving into the funeral home business, where he works today.

"I could never get it off the ground," he said of his venture to expand on the handful of hogs his father raised.