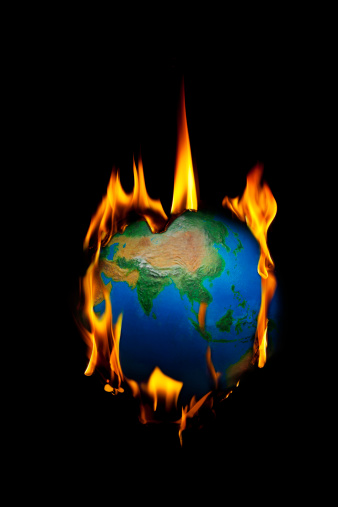 The hotter it gets, the more people seek treatment for kidney stones, according to a new study that also predicts climate change may make this painful condition even more prevalent in the future.

The study, published Thursday in the journal Environmental Health Perspectives, found a relationship between the number of hot days in a year and the risk of kidney stones in patients of several U.S. cities. As daily temperatures rose above 50 degrees Fahrenheit (10 degrees Celsius), the risk of kidney stones increased in some residents of Atlanta, Chicago, Dallas and Philadelphia, but not in Los Angeles, which was also included in the study.

"We found that as daily temperatures rise, there is a rapid increase in the probability of patients presenting over the next 20 days with kidney stones," study author Dr. Gregory E. Tasian, a pediatric urologist and epidemiologist at The Children's Hospital of Philadelphia, said in a statement.

Currently, about 9 percent of people in the U.S. suffer from kidney stones. Higher temperatures likely "increase the risk of kidney stones in people who are already predisposed to stone formation," he said.

In the study, the investigators examined medical records of 60,433 adults and children between 2005 and 2011, along with weather data from the five U.S. cities.

An increase in the number of patients seeking treatment for kidney stones typically occurred shortly after spells of hot weather, the researchers reported, peaking within three days after exposure to high temperatures, the researchers found.

High temperatures are related to dehydration, which in turn can lead to a higher concentration of calcium and other minerals in the urine that contribute to the development of kidney stones, the researchers said.

Interestingly, the researchers found that very low outdoor temperatures also appeared to increase the risk of kidney stones in the residents of Atlanta, Chicago and Philadelphia. The investigators speculated that, when it is cold outside, people tend to spend more time indoors, which may in turn result in exposure to higher temperatures, dietary changes and less exercise -- all factors that may increase their risk of kidney stones.

About half a million patients a year come to emergency rooms in the U.S. because of kidney stones, and the condition has become more prevalent over the years, rising from about one in 20 people in 1994 to one in 11 in a 2012 study.

The researchers pointed to previous research showing that overall global temperatures between 2000 and 2009 were higher than 82 percent of temperatures over the past 11,300 years, whereas increases in greenhouse gas emissions are expected to raise earth's average temperatures by 2 to 8 degrees Fahrenheit (1 to 4.5 degrees Celsius) by 2100.

"Kidney stone prevalence has already been on the rise over the last 30 years, and we can expect this trend to continue, both in greater numbers and over a broader geographic area, as daily temperatures increase," Tasian said. "With some experts predicting that extreme temperatures will become the norm in 30 years, children will bear the brunt of climate change."