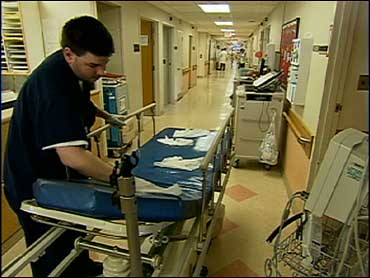 While the prospect of having to spend time at a hospital is unpleasant enough, patients also have to deal with the fear of catching a hospital acquired infection.

According to a recent Associated Press report, some 30 million surgical procedures are done each year, and up to a half million Americans develop surgical-site infections, mostly from staph bacteria.

In a press release, the head of the Consumer Reports Health Ratings Center, John Santa, M.D., M.P.H. said, "For far too long, consumers have been in the dark, with no easy way to find out how well their hospitals perform when it comes to these often deadly infections."

According to Consumer Reports, the magazine "collected and compared data for ICUs in 926 hospitals, finding tremendous variations within the same cities and even within the same health-care systems. Bloodstream infections cause at least 30 percent of the estimated 99,000 annual hospital-infection-related deaths in the U.S."